No need to dance alone: FYR Macedonia have found themselves a duo. After announcing a public call for submissions back in January, Macedonian broadcaster MRT has found their Eurovision 2018 act: Eye Cue!

The band will perform “Lost and Found” in Lisbon. The song is written by one half of the band, Bojan Trajkovski.

Eye Cue is made up of vocalists, Bojan Trajkovski and Marija Ivanovska. They’re often joined by drummer Ivo Mitkovski, but there’s no reference to Ivo in the press release. Let’s hope he’s not being left behind, y’all — all aboard for a reason!

They’ve been working together since 2007, and have had a number of successes on Balkan charts: their 2010 song, “Not This Time”, was one of the 20 most popular videos of the year on MTV Adria.

Their back catalogue shows a number of pop-rock songs, so it’s likely that their Eurovision entry will be much the same. No news yet from MRT as to when we’ll hear “Lost and Found” though.

The decision was made by an MRT committee on February 10. MRT received 382 songs, eliminating all but 12 after three rounds of voting. After further voting of those 12 songs, “Lost and Found” was selected.

“The selected composition has a contemporary sound, impressive refrain and text, excellent and original vocal abilities of the performer, which certainly offers the opportunity for a quality Eurovision package and a worthy presentation of MRT and Macedonia”

Last year, Jana Burceska won over many fans with the studio version of her entry, “Dance Alone”. Live, the same didn’t quite happen though. She finished 15th in her semi-final — but arguably stole the show anyway, with a pregnancy reveal and a live engagement!

Can Eye Cue rescue Macedonia from the semi-finals? Are you excited to hear “Lost and Found”? Let us know all your thoughts in the comments section below! 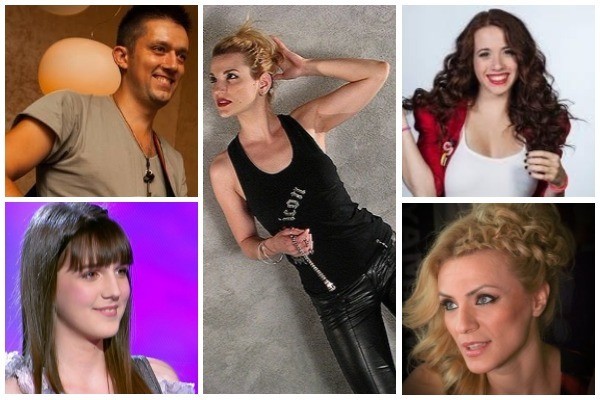 They must release their new song on Spotify & Apple Music.
Jana’s song came out extremely late, and wasn’t able to get the needed exposure.

Thank god for even something that “rocks”. Hate that the contest is filled with pop.

I usually like pop-rock, but their songs are giving me El Sueño de Morfeo vibes, plus they are representing Macedonia… this could go wrong easily…

“Najdobar” had some life in it and was catchy and actually went somewhere, but “Mozam no ne sakam” was pleasant, but really didn’t go anywhere — song choice will really be critical and whether they can bring life to it with their stage presence…

Macedonia is certainly one of my favorite countries at ESC and JESC in recent years, so I have high hopes for ‘lost and found’. I just can’t wait for the day that they get a high rank (and even pull a win) at ESC/JESC… The same applies to the other underdog nations. Last year’s ESC was the ultimate underdog success story (with three rather unusual countries making the top three), and showed us that you can never write off a country that has historically underperformed. I’m hoping this trend continues this year, and some of the other minnow nations have… Read more »

San Marino is so small they couldn’t even hold their selection show in their own city. I’d love to see them win, but it could turn out that they’d be unable to host.

you don´t need to host…when you win you´re invited to host.

It seems like a fine choice from Macedonia. We’ll see.

They sound good and I dig pop rock. Let’s wait for the song.

Every year needs its own pop-rock entry so this is good news. Hope it’s as great as Minus One!

Another duet! 😀 So many people want to go to the beautiful city of Lisbon. I hope their song is good. Good luck Macedonia. :3

I love all these people that judge the selection without listening to the song. *Facepalm*

Nice choice, hope they have a good song

Thanks God! After boring Croatian choice we have interesting and more promising choice from FYROM! Thank you!

Your mother is boring.

typical slavic troll,please go away. Your country very soon will not have the name you think.

@William Lee Adams why you deleted my comment and not his, which is completely rude and unacceptable???

Don’t Think pop rock has ever been succesfull at ESC. But it can be decent choice.

Softengine’s song was closer to hard rock than pop-rock.

not the best choice imo but good luck to them

I guess, you heard about Eye Cue a few minutes ago. Why are you thinking that they aren’t a good choice?

@SauleRiet That’s the speciality of some eurovision fans I guess. They can make an opinion about the entry when there’s actually nothing on the table.

Nope. ”Pop rock” already doesn’t Sound promising. If you’re choosing rock for Eurovision, go for it, but go for it completely. Pop rock ist just lame in my opinion… You can do punk rock, alternative rock, hard rock, indie rock, metal, heavy metal, death metal… You would get Attention with any of these. But Pop rock is just something in between. I don’t see this doing well, but who knows. Maybe they’ll have the best song ever. (Which I doubt.)

You already pulled out Eye Cue just because they are from Macedonia. Macedonia is a small country, but have a lot of good musicians. Eye Cue is among them.Wait until the song came out, you’ll be surprised!

Oh, it’s not because it’s Macedonia! I really don’t care where my favorite Songs come from as Long as they’re good. I just think the genre itself isn’t really promising. ^^

I was told that crazy will be revealed today? Any idea when?

It will be revealed on 26th February!

Why are you thinking like? We still don’t know the song.

I would love to see them in the final, and I think a pop rock duo is a bold choice, so it can happen…