It’s 15 years since he last appeared at Melodifestivalen. And if tonight’s Melodifestivalklubben audience exit poll is anything to go by, it looks like Mendez’s comeback is set to be a successful one.

Last week the poll correctly predicted that Samir & Viktor and LIAMOO would advance direct to the final, while also anticipating that Margaret and Mimi Werner would go to Second Chance.

In fact, thus far this season, it’s only been wrong once — placing Renaida fifth in semi-one when she ultimately went to second chance.

Tonight, the audience has overwhelming backed Mendez. The “Everyday” singer picked up 367 votes. That’s 38% of all votes cast.

In second we have former Idol winner Martin Almgren. The “A Bitter Lullaby” crooner saw 254 votes (26%) go his way.

Despite being a favourite with the bookies, Dotter could only manage third place with the dress rehearsal crowd. “Cry” attracted 175 votes (18%).

Melfest veteran Jessica Andersson rounds out the top four. She went direct to the final on her previous attempt in 2015 and won the contest outright in 2003, but not this time — at least according to tonight’s crowd. “Party Voice”  could only muster 78 votes (8%).

If these results were to be repeated tomorrow, Mendez and Martin Almgren would head direct to the final, while Dotter and Jessica Andersson would have to make do with Andra Chansen.

Once again, there’s a clear gender split. As with the last two weeks, it looks like we’re set to see two more men qualify for the final while two women head to second chance.

According to the poll, Moncho, Kalle Moraeus and Barbi Escobar will all be eliminated.

Will the guys continue their dominance at #melfest? Tonight’s audience exit poll suggests so with Mendez and Martin Almgren coming out on top ?? pic.twitter.com/bUlKmUORUz

Of course, with such a small sample size, there’s no way of telling if this audience poll will play out correctly. But again — it’s a spot of fun and has proven generally correct in the past. Based on the above we’re fairly certain Kalle and Barbi won’t be advancing. 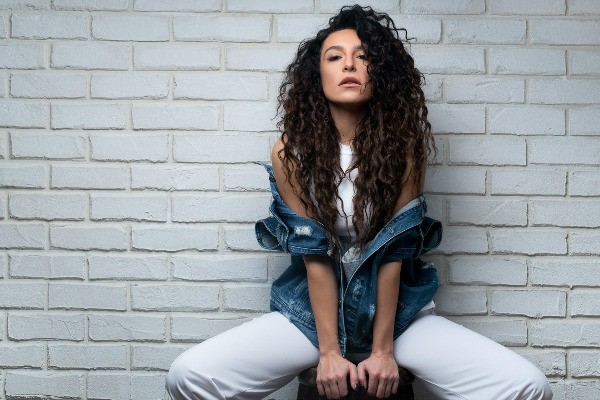 The women are having a hard time in Melfest so far. They just don’t have good songs to work with. Alice, Adrijana and Jasmine Kara all got eliminated with much better songs last year than anything put forward by a female contestant this year.

Come on, Dotter is the best! Agree with last place for Barbi, the weakest song here.

Ohh I’m starting to think Dotter will flop. I hope not. I want her in the final. Come on Swedes, vote the best song to final.

I helped conduct the poll. Comments from the audience “I liked Cry but not in Melodifestival” shows that many who respond miss the point about finding a song for ESC. Crossing my fingers for Dotter coz the number is great on TV

They liked Cry, but they loved Everyday and A Bitter Lullaby.
Finding a song for Esc? A good song is a good anywhere. People vote for what they like. Don’t overthink.

Im actually surprised that a Swedish audience would say that. Like for many years we have had songs that weren’t for Melodifestival but competed and even won. Like Frans. Or Loreen. The most typical MF song we had was probably Undo back in 2014. It would be strange if we all of a sudden reverts back to thinking “what works for MF/ESC. We did that and it got us nowhere..

Mendez can’t sing very well and Martin is BORING. I hope Dotter will still make it because her performance fits a tv-screen much better. Mendez and Martin is made for an arena. I tell myself that anyway. Come on swedes. This is starting to become a Loreen-moment like last year. Don’t fear whay’s a bit quirky.

But I prefer Mendez over Martin. The chorus is so catchy! So understand the outcome yesterday.

Come on be fair enough of this gender war. Without wishing to be rude based on the picture used here I don’t believe this guy has an overwhelming lead due to “visuals”

Who? Where? It’s blatantly a cover of Issues by Julia Michaels.

AGAIN two men? Sweden fix yourself. Start choosing based on the song at this damn song contest, it ain’t all about the visuals. Dotter has the contemporary song, you can’t possibly be voting for Mendez and his late-00s reject with appalling lyrics and unlistenable forced rhymes.

What is wrong with picking two men? if they have the best songs then they should go through. John Lundvik, Benjamin Ingrosso, Samir and Viktor and Liamoo have the best four songs so far in my opinion.

That’s just opinions… And many seem to have the same opinion. No sexism here. Do you really think that Martin and Mendez where Chosen because of the ”visuals”? That’s so ridiculous… Nothing against the artists, but that’s not exactly how the most People would describe really attractive….You’re just looking for excuses.

If we like it we will vote it in. It is a good song but it needs to be seen as the best. Those who went through may not have had the best songs but they were best in thier heat. As for men vs women, solo men are the trend right now. And I often think that since 2015 the men had more memorable entries. Måns, John Henrik, Frans, Oscar Zia, Hasse, Samir & Viktor, Robin bengtsson. The only women that left an impression were Mariette and Wiktoria. But ironically Wiktoria had the biggest MF hit last year, bigger… Read more »

It is a weak semi-final. The top three are quite a bit ahead in the poll so would be surprising if they were not amongst the top four.

I wouldn’t count Dotter out just yet. She is still the favourite to beat.
Pleased for Martin though, he has a great song. Don’t count him out either.

Since the introduction of the app, male artists have received 7% more votes on average in the first round of voting in the semis. I don’t know how significant that is, but there seems to be some correlation.

Male entries have been much better than the females ones. Easy to understand.
Wiktoria is the only outstanding female since 2015. (I loved Saraha in 2016 tho)
Males: Frans, Oscar, Måns, Jon, S&V, Robin, Nano, Liamoo… All so great. (Also Panetoz and Hasse were so good and got big sales)
Big difference.

Indeed, I don’t think there is an inherent bias in the audience.

The top 3 songs are so horrendously bad it isn’t even worth thinking about. I hate to jump on the “This sounds exactly like xxxxx” train but Dotter’s song sounds so much like Issues it is unreal! I think Thomas G:Son is past his sell by date and they do need some fresh songwriters. I would have expected more from Dotter. A big shame really. For me, the only songs that I have been singing are Party Voice and Stark. My personal top for this semi is: 1) Stark 2) Party Voice 3) Cry 4) Bitter Lullaby 5) Cuba Libre… Read more »

We sae that one a MILE away with nearsightedness and cataracts! lol

Alekseev, is going to represent Belarus

Swedes are sexists? Anyway, Jessica is my favorite.

That’s just completely false. Just because they are picking male acts doesn’t mean they are sexist 😛

IKR! Maybe too much latin flavor in this semi! BARBIE FOR THE FINAL!