Prior to tonight we’d only heard 20-second snippets of the five acts competing in Montenegro’s rebooted national final Montevizija. Tonight we heard all the songs in full. And when all the dust had settled — and after the audience had enjoyed an interval featuring Slavko Kalezic and Knez — Vanja Radovanovic emerged victorious with his song  “Inje” (Mist).

Vanja, the only male competitor in the field, has a lovely voice — deep, smooth, resonant and imbued with emotion.

That’s all well and good. But his song, a traditional Balkan ballad, comes off as somewhat interchangeable with so many other ballads we’ve heard from the region in recent years. The melody, while beautiful, grows rather tiresome rather quickly. The instrumentation is enchanting — cello, violin and piano. But at times they are so sparse and soft the song feels empty…as if it has all stopped but he is carrying on.

No matter, Vanja’s voice and simplicity won over the home crowd.

After the initial round of performances, Vanja advanced to a superfinal with Lorena and Katarina. Lorena came third and Katarina second.

The selection of a Balkan ballad fits with Montenegro’s most successful trips to Eurovision.

The day after the show, RTCG revealed the official voting results. They received a total of 10,006 SMS votes.

During the first round of voting, Lorena actually came out on top with 40% of the vote, while eventual winner Vanja only earned 18% and third place.

But the superfinal flipped the script, with Vanja narrowly pipping Katarina by just 3% of the vote.

What do you think of the winner? Did the best act win? Could he take Montenegro back to the final? Let us know down below. 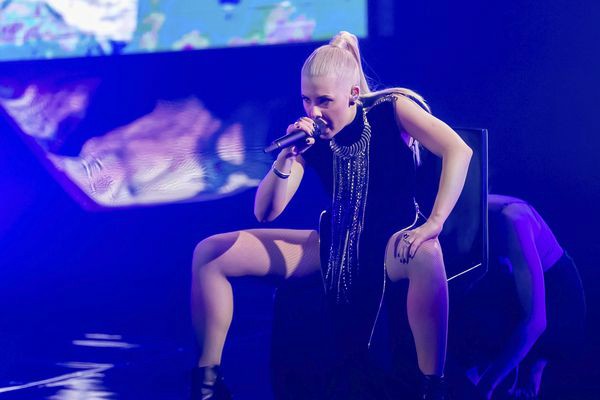 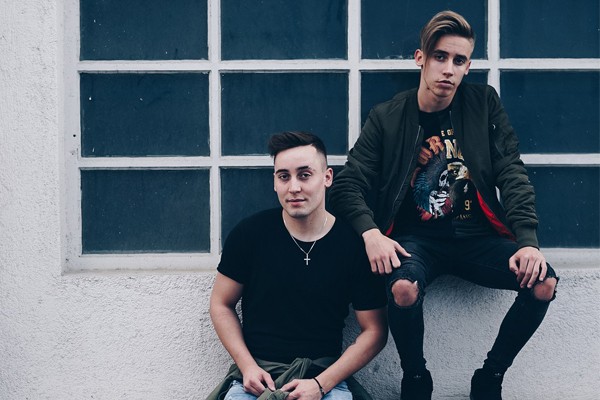 I could actually see this doing well. All you need is for a more polished live performance including vocals and the melody needs to be delivered more smoothly.

Good luck to you Montenegro.

Very nice song and very good singer. I have to admit I have a soft spot for Balkan ballad and this is not an exception. I think it will sound much better in real stage since the audio quality in the video here is quite weak.
Best of luck, Montenegro! I hope you qualify.

It’s sweet and nostalgic. I like it a lot. Ions better than the turd song they had last year.

I don’t know why some people compares every ballad and slow song this year with Salvador sobral. Didn’t we have ballads in eurovision before Salvador? I don’t get it… Estonia 2014 was very similar to Euphoria, Iceland 2016 reminds of Mans because of the staging…but every ballad now is because of Salvador Sobral? I don’t see it

Replace the piano with a guitar and an electronic keyboard, and he’ll be in good company with Sergej Cetkovic and Knez.

Am I the one who not find this one is bad? I thought Belarus is far worse than this…

I also think that Belarus is far worse than this.

This is really, really nice. I love a good Balkan ballad, and this certainly fits the bill. We need more songs like this in the contest.

After hearing this song for the first time, I love his vocals, i love that it’s a traditional Balkan ballad, that’s a big yes for me. However this song unless staged correctly and visuals matching the song correctly and etc, I hope Montenegro doesn’t get forgotten if it gets to the final , because songs like Serbia 2012, and Montenegro’s past 2 Balkan ballads were produced so well and everything was so on point which meant that it was remembered and got a lot of points. Good luck to Montenegro and I hope this song does well, I’ll definitely root… Read more »

If you told me this song was going to represent Yugoslavia in 1990, I would believe it. Boring and dated. And don’t get me wrong, I like slow tempo songd, but this is just very MEH.

Maybe I’m biased because I don’t usually like balkan ballads, but Montenegro 2014 and 2015 were quite good. So I think it isn’t just me, but the song.

So is the awful spanish ballad that you like, sounds like it’s from 1950. And yeah, it’s just you.

Well, maybe not the best of its genre, but a Balkan ballad is always welcome. It’s quite interesting to see how it does in Lisbon. When they sent “Adio” everybody were going mad, saying “it’s the worst thing I’ve ever heard” etc and it finally gave Montenegro its best result. So let’s wait and see

Nice choice! 🙂 However, I was too sick to watch the national selection. 🙁

Links to all performances? Anyone?

Answer my own question this morning:
https://www.youtube.com/channel/UCr4acRV_Y5cTe6EjSvydpdg/videos

First, I hope he doesn’t wear this outfit. Second, I haven’t seen the nf today, but that was my favourite song from the start. Definitely it’s not the masterpieces we’ve heard years ago from Serbia basically. But it’s a beautiful balkan Ballad, well sung. The staging can elevate it and make the performance even better.
The Best choice for Montenegro. Good luck!!

Tbh I was quite shocked when he won. I mean, he was my fav but I thought Katarina had it in the bag, since she was promoted basically everywhere by famous Serbian/Montenegrian singers(wouldn’t have minded if she had won tbh). Now let’s talk about the song. Honestly, as a Montenegrian, I’m proud of this song. And I really don’t understand the hate it gets. Oh well, “Moj svijet” and “Adio” also got A LOT of hate when they were released yet they hold my country’s best result, so I would not count this one out yet. And I really believe… Read more »

“The melody, while beautiful, grows rather tiresome rather quickly.”

Oh William honey, go to your Mello and other plastic fantastics.

You don’t need to demote a song just because you don’t like it.

He’s giving his opinion. Instead of attacking him why don’t you just listen. Just because he doesn’t like this doesn’t mean he is obsessed with Melfest.

the year of ballads. Spain is screwed.

It was the only one that I liked. Good choice.

Compared to other balkan ballads we had on Eurovision and also with those competing on the serbian selection, this is very unimpressive. Like AzeriChico said, it’s not bad, but it’s uninteresting. This kind of song requires a singer that leaves an impression and Vanja didn’t that for me.

I’m sorry but is there a Balkan ballad in Beovizija? Lol

What Danijel and Dusan sing can’t be considered balkan ballads? I’m not from the region, I would love to learn if I’m wrong.

You are right, Sabrina, especially for Danijel.

Thanks for answering it, Eve! I admit that sometimes it’s difficult for me to separate balkan ballads from ballads sang by singers from the Balkans.

The only five songs that left some impression on me, got to my ears:
1. France
2. Denamark
3. Montenegro
4. Greece
5. Spain

The rest is just bad. Very outdated, and they sound amateurish, such as Belarus, Malta or United Kingdom…

This is your stereotypical Zeljko-style ballad. I enjoyed it.

I like it. Was my favorite tonight to win and I knew it will. It sounds like soundtrack for some Balkan fairytale. This will be awesome on Eurovision stage. Good luck Montenegro.
Also..people on here hating this song but raising Belarus? Something. Belarus has not even slightest chance to qualify this year. Hold it on me, if it does qualify I’ll buy you a ticket for NYC to come visit me and discuss it.

This song has nothing of what made Adio and Moj Svijet special and memorable. At least it’s not a bad song, it’s just there and not much else.

Well, it’s not bad or anything, but it’s so uninteresting, there was no chorus, there was nothing. I liked his voice, that’s the only positive thing I can say about this entry. It’s still better than last year’s fiasco, but the song needs a big revamp, Montenegro.

Although I’d concede that only Zjelko can make the genre magic 100% of the time, with other composers being hit or miss.

He canceled his appearance.

i like it, you’ll see on an eurovision stage and with a great staging it will be cool , maybe it will not qualify though 🙂

I wouldn’t be so harsh, there are worse songs that have been selected. The song isn’t bad at all, it actually very sweet to me, yet it tells me nothing: the melody is so calm and enjoyable, yet there is nothing special about it, nothing that can catch people’s attention. It would be sad to see this song failing, but I kind of expect it.

https://www.youtube.com/watch?v=9Nx3XUXr5YQ
My Top 12 with comments

Hmmm. The song is nice, but it doesn’t seem to have the same impact that their 2014 and 2015 entries had. This can still be rectified over the next month, however. I think a bit of re-arranging could save this. (A shame I don’t currently have the time.)

haha my “Balkan Ballad Alert” never fails.
It’s a sweet song, not the strongest but far from being the worst. The Problem? Esamiii-iiii-iibaaa…

I love a good Balkan ballad…sadly, this isn’t one.

Think we might have our last placed of all entries. Boring, bland, dated, uninteresting. Yawn!

It’s not bad per se, but rather underwhelming, bland and uninteresting. I can’t balieve I’m saying that, but I’d rather listen to that sugery saccharine diabetes inducing song from Spain.

Me too, heck, I think I rather hear Malta or Belarus than this. Montenegro brought something different (although bad) from the Balkan ballad with Slavko last year. Can’t they do it again? Different, not bad.

This is so boring! The first truly bad song selected this year…

The best out the bunch Montenegro could choose from has won.
Yes, it definitely “just another Balkan ballad” and probably won’t make much impact, if any. But it’s not like the women had anything better to offer. He did NOT face stiff competition. At all. I’m feeling rather positive about this one because I like the genre, but nothing ever came close to “Molitva”. Serbia really dropped the ball, too.

There is no way this song can see a final.

You should wait cause that’s what everyone said about sobral.

This is the worst song selected for Eurovision so far. It’s your typical the Balkan ballad and this is not a very good one. Dated and boring. Definite non-qualifier.

So Belarus is not my last place anymore!

I can’t listen to the song the whole way through, which isn’t a good sign!

Here is my top 12 so far: https://www.youtube.com/watch?v=_TONQyU8_JI&feature=youtu.be