On Tuesday night, Serbia will select their singer for the Eurovision Song Contest 2018 using their national selection Beovizija. It’s the first time the format has been used since 2009. This means that it’s time for the Wiwi Jury — our in-house panel of music unprofessionals — to get to work!

We are going to do things a little differently with the Beovizija jury. The songs were only released two weeks ago and there are 17 songs competing. Unfortunately, that didn’t give us enough time to listen to and review all 17 songs like we would normally.

However, nine of our jury members have listened to all of the studio versions of the songs. They will rank their top five songs and give a review of their absolute favourite — just like with Albania, Spain, Italy and Denmark earlier this season. This year, our jury members come from Australia, Croatia, New Zealand, United Kingdom, Spain and Iceland. So, which songs at Beovizija would we like to see represent Serbia at Eurovision 2018? Find out below.

Zemlja Cuda is a positively boisterous and eccentric song that should provide a truly fun and unique performance on the night of Beovizija – it will stand out! This song falls under the category of turbo-folk, which is a genre that has not been heard as of yet at Eurovision. Her bold voice matches quite well with this song and this genre as a whole. As well as a song that has an addictive beat flowing together with Balkan instruments, this would best represent Serbia if chosen.

Maja Nikolic stands out as the clear highlight of Beovizija. “Zemlja cuda” is a perfect marriage between traditional Balkan sounds and modern electropop. It takes very traditional sounds and makes them sound modern. My only concern is how they will stage the pop drop. That will make or break the song as it could either fall apart on stage or become a Balkan masterpiece. “Zemlja cuda” could get Serbia back to the grand final and could push for the left side of the leaderboard as long as the staging is right.

Whilst it may not be the catchiest melody, the production is absolutely brimming with personality and is infectiously fun. The elements of folk and electro-swing make for a very interesting sound and it’s impossible not to tap your feet along. With a clever visual performance and a subtle revamp for more peaks and pits, I think this is the one song that would get Serbia into the grand final.

This is my number one by quite some way. “Nova deca” is decidedly Balkan, yet the drum beat and mystery of the song produces something that appeals to all. The electronic sounds added towards the end help keep it slightly more palatable for western ears, but eastern European countries may vote for this on mass if everything works out. However, note the word ‘if’. Staging could make or break this. The song as a whole is mainly one big crescendo, with a notable one-minute vocal introduction. If people aren’t gripped from the very first note then many may have already tuned out before it has a chance to get going.

Serbia’s selection this year is painfully weak. None of these entries make an impact, so in case of doubt, go for turbo folk. Maja brings a ridiculously fun entry, which lends itself so well for Moldova-like crazy staging. It may not be the best song and something tells me she won’t be able to sing live, but in a field of languid ballads, weird folk combinations and ‘not-so-good’ Balkan ballad attempts, this one has to take the trophy.

In a gruelling selection that is this year’s Beovizija, “Nova Deca” is a clear stand out to me. Captivating and epic, this is a throwback to the good old Balkan Eurovision entries of late noughties, yet it still sounds fresh and unique to my ears. The band can certainly deliver it with passion and chemistry – as evident by their concert recordings on Youtube. After a string of mixed results with English language songs, Serbia slowly harks back to their good old safe zone, and Sanja Ilic and Balkanika might make them proud this time.

There are a few songs that could easily serve as Serbia’s song for Lisbon, but this is the only song I’ve happily wanted to listen to multiple times. “Svatovi” combines electronic sounds with traditional Balkan instrumentation. And it manages to feel like a necessary combination, not a mash-up for the take of national-final box ticking. It’s a year that’s looking likely to be full of slow and serious songs, it will be nice to have somethng with a bit of life in it.

I don’t know why I love this – but goshdarnit I do. Maybe it’s the memories of Moldova’s “Hey Mamma”. Maybe it’s Maja’s circus ringleader-inspired attire – which opens up staging opportunities to knock Lisbon out. But the truth is – my ears to Balkan turbo folk is like bees to honey. It’s definitely not the best example of the turbo folk genre, but it’s gooey and sweet pop nonetheless. Here’s hoping Maja the ringleader heralds a wave of entries from the genre to the Eurovision contest. It needs it.

The way pop and traditional Balkan sounds are mixed together keep me captivated. It has the elements of turbo-folk, not quite full on Goran Bregovic but like they made a lite version of it to suit Eurovision. This song keeps the Serbian characteristics but at the same time has the international feel to interest European audience that are maybe not that used to the Balkan sound. This might not be a full-on Balkan festival, but it satisfies my Balkan craving I get every year.

Which juror’s opinion do you most agree with? Who do you think should win Beovizija and represent Serbia at Eurovision this year? Let us know in the comment section down below! 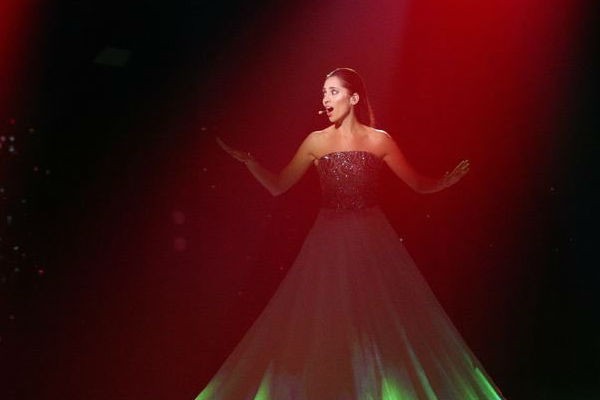 Maja Nikoli? could have never won Beovizija primarily because she is a foul person and nobody in Serbia likes her. She has always been dramatic ever since I first saw her on TV (20 years ago). Maja uses profanities when talking to people on TV, she is aggressive and disrespectful to everybody, especially her colleagues and is known for many scandals and occasions where she lied or attacked people for no reason. Not only did she verbally/physically attack regular people, but also some of the most prominent and professional figures on Serbian music scene. Even if she had the best… Read more »

Beovizija had some of my favorite interval acts of this season – Oro, Cipela and Bistra Voda again in live! Did I relive it or what? 🙂

… Milan, Moje 3, Sergej, Knez, Bojana, Sanja, Jacques, Tijana! Gotta catch them all, I guess 🙂 As a regular viewer, I would see it as an unnecessary padding, but as an ESC fan, I truly enjoyed reliving it!

Yeah, it was great hearing these songs again and comparing them to one another now. I was sad they all sang on playback but hey, it is what it is.

I guess now when I hear them all in one place, I think that Sanja Vu?i? had the best song and voice. Oro as well.

Disclaimer: Serbia is among my favourite countries in Eurovision for years. So, in some cases I may be more subjective. Not many songs stand out tbh, but I believe the live performances will make the difference. About Maja I’m not a fan of her song at this point. It’s a decent song but it doesn’t go anywhere. I like the balkan ballads especially Ivan Kurti? and Danijel Pavlovi?. I’d love to see a balkan ballad from Serbia. My only issue is that Montenegro also has a similar entry. I want to see more diversity. Balkanika and Svatovi give a traditional… Read more »

It was working For 5 mins and then stopped

I noticed too! It worked until 15 minutes ago…

Wow, an article about Serbia?

What happened Wiwi, you discovered that there are other countries participating on ESC? LOL

And of course you didn’t find time in two weeks to listen 17 songs. LOL

Because, you know, Melfest endless articles need to be written.

Thanks for everything you guys do, jury members! Highly appreciated.

I want svatovi to win

Any link for stream without registration??? Need help

I want Maja Nikolic, interviews would be hillarious with her, at least sth interesting to watch this year…

Balkanika is going to win. No doubt about that.

With the most boring song ever.

Here are my 2 cents on this NF. As I understand the language perfectly, I can also evaluate lyrics, as well as melody, voice, and personal impact. What I can’t do, however, is predict who will be good in live. 1. Sanja Ili? i Balkanika: Nova deca – 8/10 – The melody is great, the voices are in a great harmony and the song creates a special vibe, while sending a good message (The new world belongs to the young with love in their hearts). 2. Danijel Pavlovi?: Ruža sudbine – 8/10 – It’s quite romantic! It’s a blend of… Read more »

wow, that’s a good analysis 🙂 Danica Krstic (Balkanika) sound very good live, believe me, I don’t care about others, just want to hear Danica <3
Maja Nikolic? How about no!

Svatovi is the only song that makes me want to play it one more time. I don’t get what many people sees in Zemlja Cuda, I don’t like it a bit. And don’t even get me started on that “Hey Mamma” thing! *sigh*

Nva Deca, but I want to see and hear them live, because they have a lot of effects on their voices. Zemlja Cuda is awfull.

No effects at all. The girl sounds the same live. 🙂 That’s what they do. They are famous in Serbia for this type of ethno music.

We need bands and projects, we have only some groups in Lisbon, so choose one of them, btw they are best in their final. Only typical esc fans cross the fingers again for female, their diva obsession whaaa?!? Thanks god, they have only two in Serbian final.

Oh God, what exactly is so charming in Zemlja cuda? I mean, there are at least two or three songs in this national final that combine modern pop sounds with traditional music much in a much better way… anyway, may the best win tonight, and good luck to my favourite Serbia

No love for Raybass, but I’m not surprised </3