And ahead of the final, we want to know one last time — who do you think should win Supernova 2018?

Before we get to our poll, however, there’s more news from LTV. Sudden Lights have received the jury wildcard, securing them a second chance in the final. As revealed in the semi-final splits yesterday, the band actually won the first semi-final public vote.

Will this reprieve only boost their support with the public? We’ll see on Saturday. The split results certainly revealed that Laura Rizzotto could also be in line for a good result, winning public and jury votes in her semi-final.

Or could it be Markus Riva — who won our pre-contest poll — or the Wiwi Jury winner, MADARA, who’ll represent Latvia? You can let us know who you think will win below, in our poll. You’ll find links to all eight semi-final performances as well, with the running order also now confirmed:

Those are the eight songs on offer. As always, our poll will allow you to vote for as many of the acts as you like. But you can only vote ONCE, so make sure it counts y’all!

Poll: Who should win the final of Latvia’s Supernova 2018

We’ll close the poll just before the final on Saturday. Make sure to let us know who you voted for as well, down in the comments section. 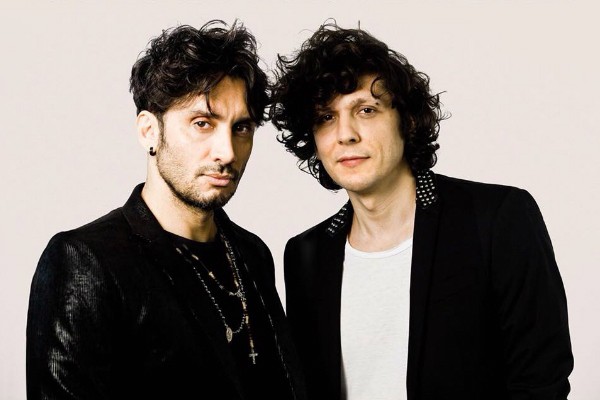 I am Latvian and I want Madara to represent my country. This year Latvia turns 100, so it would be nice to represent our country with this beautiful song in our unique language, I would be really proud and it does not matter in which place we will be in the end of contest.

Markus Riva has the most beautiful song, and he is the best 🙂

Please.Latvia!Markus,Markus,Markus!!!This time-my favorite song!
I know all the words of the head!

Only Markus!!!He has earned it a long time ago!!!

The Eurovision semi-finals were already many girls the same…
Latvia vote for the guys. Markus, Edgars.GO, GO!!!

Laura song is for me too much oldschool…Sudden Lights-quite a good song, but not performance.Madara is a good choice too but this year maybe no…Markus with growth most experience and really convincing performance.Good luck!

There are good options here, Latvia!

Laura Rizzotto – Madara – Sudden Lights will work for me.

Sudden Lights , of course. If not Madara or Edgar Kreilis.

Madara. By all means. In any case.

This year, Latvia’s selection has some pretty good songs. Overall, I think it’s a weak selection. Most songs are fine, so I’ll try to imagine which one could have more of an impact on stage. Having said that, I’ll route for “Funny Girl”, “Esamiba” and “Lovers Bliss”.

Weird comment. Overall there are good songs but it is a weak selection. How does that make sense?

Madara is magic, but depends on how the live performance will go and how the backvocals are changed.
Laura is great and has a good radio hit, but maybe will not stand out so much in Lisbon.
Sudden lights are trendy, but not sure either if they will get noticed in the big competition.
Hard decision. Let’s see the live performances.

I want Madara or Sudden lights. These two Songs were in my top 3 from the beginning and I think either of them would be a great choice… Laura…well, okay. It’s good, if Latvia doesn’t send my two favourites they can choose her. But please… not Markus Riva. I’m so tired of his ridiculoulsy generic parody of a swedish song, it’s so bad. You can say goodbye to the final if you choose him.

We think alike on this topic as well.

My top 5 songs from 63 pre-selection songs:

I’ve got a question about Baltic National finals this year. All 3 countries more or less have a TOP 2, in which one song is kinda radio-friendly, and the other one is an “alternative” – something completely different. In Eesti laul, it looks like “La Forza” will win over “Home”, in Supernova people favor “Esamiba” over “Funny Girl”. So why in Eurovizijos atranka international spectators would better get “1 2 3”, and not “When We’re Old”, or “More Than You Know” or “Fire Fountain”? What is an X factor that makes these songs different and, I’m gonna say, worse?

Personally, “When We’re Old” is my favorite, and miles ahead of “1,2,3”, but I don’t know about the other spectators.

Sudden Lights is gold!! It is the only song from Supernova that can really stand out and gives a good result to Latvia

Laura or Madara. Those have been my favorites since day one (along with Running Red Lights) and I think both of them can give a good result to Latvia. But I believe it’s way easier to find the next “Funny Girl” then to find the next “Esamiba” and this should be on the voters’ minds.

Agree, all other songs in the top 5 with the poll would be better

I hate Sudden Lights. I find it so flat and dreary. Similarly, am not feeling any magic from Madara.
I like Ritvars but obviously, now know that he does not have enough support so I guess, Laura is the best choice!

Laura is boring . I am already tired of it
Sudden Lights has VERY strong lyris and they brought it perfectly. Laura her song is not finished ( jury words) and my opinion is she has to work on her breathing. You hear her breathing.

Glad that Sudden Lights made it.
Majority wants Madara to win which is fine and I think the song is good too but something bugs me that it won’t do as well as everyone expects.
Laura would be my go to pick despite not having the best song of the Supernova, however I feel like it will do well in the actual contest.

Laura is boring . I am already tired of it
Sudden Lights has VERY strong lyris and they brought it perfectly. Laura her song is not finished ( jury words) and my opinion is she has to work on her breathing. You hear her breathing.

sudden lights have the best quality song! a song jewel! i am not surprised when they are the winner. madara is a good choice too but this year maybe the wrong choice because there is elina from estonia and 2 acts like this are 1 too much. third good option is edgar because the song is fine pop but the singer is not on justs level. laura song is for me too much oldschool – not catchy – no pop – good musik of course but nothing special but is seems her fanbase is very strong – if that win… Read more »

Latvia pleaaaaasse go for quality. Sudden Lights is the only one ( plus Ritvars but he is outsider) that’s ready for Lissabon and they have the strongest song. <3

Btw, MADARA’s backing vocalists sound weird in her semi final performance. It’d be better if she change them for more harmonious chorus.

Sudden Lights Yesss!
For me it’s them, Esamiba and Funny Girl.

Madara should be the blatant choice if they want to qualify.

Since Agnese Stengrevics is out (and finished last!!!) Idk Who I want to win.

My top 3 performs as the first three acts ?

This year Latvia has stepped up it’s game.

This will be a girl’s year. Madara or Laura Rizzotto it is! Good luck!

Latvia has a lot of potential this year!

None of the above. Sorry 🙁

For me it’s clear. Madara or nothing. Anything else is a bomb.

Totally agree! If MADARA wins Supernova, she would directly dash into my Top 3.

Laura is the best of a bad bunch. If esamiba wins I hope Latvia doesn’t qualify.

Edgars in the best of a bad bunch.

Not really, Edgars is quality and all the rest ain’t good.

Why do you hope they don’t qualify if Esamiba wins?

Thank God Sudden Lights are in the final, they should have been there already instead of wannabe latvian superstar Greif?ne

My mother or bust