Hej Örnsköldsvik! This weekend, Melodifestivalen 2018 Semi-Final 4 takes place at the Fjällräven Center. The last seven acts of this year’s competition will take to the stage, hoping to win one of two tickets direkt til final or failing that the final two spots in the destiny-deciding duels of Andra Chansen.

Dansband Rolandz are on fourth. Olivia Eliasson – who rose to fame on YouTube with a cover of Anton Ewald’s 2013 Mello song “Begging” – performs fifth and one third of the act formerly known as FO&O, Felix Sandman performs sixth.

Closing the show is fan favourite Mariette, who returns to the competition for a third time with “For You”, which was written by Grammy nominated songwriter Jörgen Elofsson.

But before the super seven take to the stage, or you hear the snippets of their songs tomorrow, we want to know which act you’re most excited for.

You can vote in the poll below for as many of the acts as you want but beware, unlike the Melodifestivalen app, you can only vote once.

We’ll close the poll tomorrow before SVT starts unveiling the 60-second snippets of the competitor’s songs.

WHICH MELODIFESTIVALEN SEMI-FINAL 4 ACT ARE YOU MOST EXCITED FOR?

SVT will release 60-second snippets and clips from rehearsals tomorrow through SVT Play. Then on Saturday, 2 and a half minute clips will be released, giving a clearer impression of the songs for fans.

Semi-Final 4 will broadcast live on SVT1 on Saturday night from 20:00CET, with David Lindgren hosting proceedings. 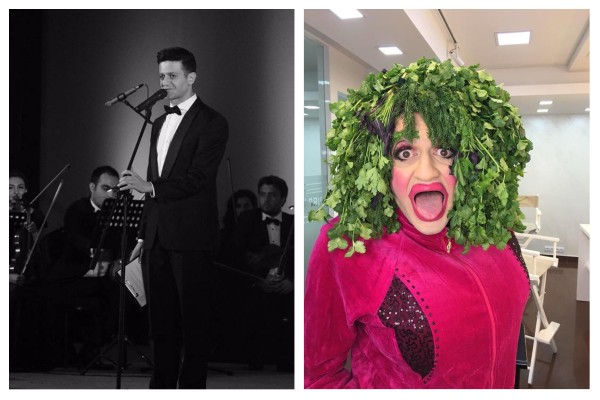 Kamil on Depi Evratesil: The “Puerto Rico” staging will be “girl power burning the floor” Croatia’s Franka: My song “Crazy” is mystical and modern…and it doesn’t have a Balkan identity

I think Liamoo is the only one that stood out for me! That voice is just so unique there is something special about that kid!

From the descriptions we got so far, it doesn’t seem like it’s going to be a strong semi.

If Felix has something completely different in store than a boybandish song then why not? If he delivers on stage that is.. It’s supposed to sound a bit Harry Styles..

What is this article about? No snippets, no poll, just another useless article about nothing, just because it’s Sweden.
And why Mariette has snakes on her head?

West
Reply to  me

lol What do you mean “no poll”? There is a poll – right under Mariette’s Picture.

I always see a poll when using my mobile device, but now I don’t either, to be honest!

If nobody has a better song than Jessica or Margaret, then I’ll just support these ladies to represent Sweden.

The Swedish public has never really supported Mariette, and her songs chart much worse than many of the other competitors each year she competes, so I really don’t know if people should be as confident as they are regarding her winning. Olivia Eliasson seems like someone to watch, as I get Isa/Wiktoria vibes from her.

Apart from Mariette, I’m intrigued to see what Emmi Christensson has to offer. The characteristics of her song and her being a theatre performer make me interested.

Let’s just hope for some decent songs from someone, ANYONE! Andra Chansen in particular, is terrible at this moment in time. We need quality throughout this semi-final, not just at the top!

Mariette. Though I don’t think it will be the best song. I still think one of the boys will take it: Ingrosso, Liamoo or maybe Felix. Which would be choices I could get behind and support

But for now Mariette. Think she will win this semifinal.

Don’t want to expect too much from Mariette…she wasn’t my fave the last two times she performed…honestly, I’m still going for S&K the most…but you just know the int’l juries will be pushing LIAMOO and Benjamin in the final…really have to see the extended snippet to decide…I can see why Finland is topping the odds with Saara Aalto’s two songs already!

Besides Mariette, I’m curious what kind of song Emmi Christensson is going to have. The fact that the song is called Icarus makes it sound very interesting to me.

Everyone has such high hopes for Mariette and I’m curious too, since I loved her song last year. However I don’t expect any miracles – I’d rather be pleasantly surpriced than disapointed.

me
Reply to  Stef

I can’t see the poll either.

It wasn’t there from the beginning for all people.
I see it only now.

I’m still not able to see it

Felix do have something special going on it seems. If he delivers it live. Mariette is in the buzz as well but she needs a kick ass-performance to go with her song to secure a final ticket. Rolandz is something that only Swedes will understand. I’m not surprised if they go direct to the final.

Mariette of course! I hope she has a pretty good song!

Everyone here is voting for Mariette because of her name, but I really cannot see her winning. I really think Felix will have a great song. He is one to watch out for. I think it will be between him, Benjamin Ingrosso and LIAMOO for the win here.

First time watching Melfest this year, and I’ve really enjoyed it! Cry and Patrick Seayze easily being the best. Until now. Mariette is gonna serve us starter, main and desert, snd it is gonna be 5*!

All of them except Fuldans and Mitt paradis I’m intrigued to listen to. Idk why but these 2 just don’t seem to intrigue me. I really hope For You lives up to the hype. The lyrics look promising and so does the staging concept, but we’ll have to see.
At the moment though, it looks like this year was purposefully set up for Mariette to win.

So, Felix is going to have a ballad? I mean, it can’t get worse than his tragic boyband attempt from last year. I’m more excitet about almost everyone else on the list than about Mariette, because I know she’s gonna win Melfest anyway no matter what she’ll serve us.

*excited, lol what’s wrong with me

She never gets the Swedish support. Her songs don’t do well on Spotify either. She will really need juries to win and I dunno If Swedes will be happy by not choosing again their act

I think that Liamoo and Samir & Viktor will do really well with the televote but I’m almost 100% sure, that the juries will not like them and will choose Mariette. Of Course it’ll be frustrating for Sweden to send an act, they didn’t want, but maybe her song will be good. Sometimes People don’t know what’s good for them… Salvador came 2nd in the national final televote, god bless the Jury in that case.

Yep. I agree both will be higher with televote. Even Ingrosso.
Liamoo has a very expensive staging (that’s what juries basically care about so there’s hope for him).
But yes she wll have jury support as usual xD I can’t believe people are hyping her with a song from “House On Fire” and “Dying to try” composer xD
Sweden will burn if they don’t pick their song this time xD
(Portuguese televote is something to analyse..)

”House on fire” are you referring to the song from the German selection? If you do: It’s so. Freaking.Boring. But the juries will love it as usual, there is no jope for us in Germany lol. I almost forgot that the irish song wasn’t called ”Trying to die” since that really expressed my Feelings towards the song.
If Mariette won’t win I’m sure Sweden won’t get rid of her until she gets chosen. Looking Forward to her Eurovision act in 2030…. xD

Yep the German song produced by Swedes XD
Germans will not vote for that luckily 😀
Trying to die indeed hah
Yes.. it seems Mariette and her fans will not stop XD

Or Kelly Clarkson’s “Stronger”.. A more decent song from Jörgen 🙂

He tried with Cry to do something different. Anyway.. Mariette will have a performance I think that will make her song stand out. That’s how it is these days. Song and performance go hand in hand. You can lift an average song with a rememberable performance. So I’m not gonna say much until Saturday.

I don’t believe in this whole ‘she doesn’t get the Swedish support’. Look at Loreen and Mans for example. Loreen crashed in Andra Chansen in 2011, came back with Euphoria. Mans flopped a few times before Heroes. It’s the song, not the singer.

Måns already had a bit number 1 Hit with Cara Mia. She hasn’t yet.
Loreen had Euphoria lol
I agree it’s the song 🙂 Tomorrow we’ll see 🙂

Loreen and Måns has always been loved here in Sweden by all kinds of people.. Maybe not Loreen anymore but she was in 2012 when she won.. Mariette does not have the same support here as Loreen in 2012 or Måns in 2015, she wont win the televoting but she might still go if the juries overhype

Loreen wasn¨t that loved in 2012. She was exposed but not known. She wasn¨t even expected to win until the week before the final or so. It was her win that made her known.
And Måns was know yes but when he won he didn´t do singing for a while. He was a host, musical performer and everything else. Heroes was a return to him just performing and it was a gamble..

Still Loreen became the one to beat in 2012. You felt right away that it was something special the moment she started performing Euphoria. It’s a feeling I haven’t felt with no one after that. A very rare thing and it was amazing!