The Wiwi Jury — our in-house panel of music unprofessionals — is in Romania judging the 15 finalists of Selectia Nationala 2018. We continue with the three qualifiers who won Semi-final 3: Erminio Sinni & Tiziana Camelin, VYROS, and Xandra. Will we agree with the Romanian jury, who picked them for the National Final? Let’s find out!

Erminio Sinni & Tiziana Camelin – “All The Love Away”

“All The Love Away” reviews and rankings

Anthony: This feels like a case of two lost Italians missing out on the final 20 of Sanremo and had to resort elsewhere for a shot at Eurovision. Tiziana’s vocals is wonderfully lush and set the tone right from the very first note, gracing the stage with ease. Unfortunately for her, it doesn’t quite integrate with the raspiness from Erminio and ends up being more of a hindrance.

Barnabas: Wow, the Italian duet puts us in a time machine and takes us back into the eighties with this ballad! The whole thing is very heartfelt, and Erminio actually sounds like Zucchero! However, surely this is the song that can the most easily get the “dated song” stigma, which deducts its chances of winning.

Jonathan: Do these two hate each other? They hardly ever look at one another during this duet. Which begs the question, are they actually singing about each other or is there a third mystery person in this love song? The lack of chemistry unfortunately exposes the song, which is rather dated and would probably be better suited in a musical. Tiziana’s vocals are a particular highlight though, and she should definitely return with a solo effort that is worthier of her talent.

Robyn: Like Anthony, I’m also picking up Sanremo vibes – but not in a good way. “All The Love Away” comes across as a tired old ballad and the patchy diction often makes the lyrics almost impossible to understand. The song soon runs out of ideas and becomes repetitive and dull. The one thing worth praising — the vocal talents of the duo.

Bogdan: While I agree with the Romanian jury that VYROS injected this mellow third semi-final with a much needed burst of energy, I can’t accept the fact that this is a good song. The “la, la, la” chorus is grating on my nerves. The entry relies heavily on the singer’s quirkiness,  which Moldova has always been loved for in Eurovision — but this ain’t no “Hey Mamma”. However, Vladimir sings well, and his backing vocalists also do a great job.

Luis: While Vladimir is a good singer, that chorus may well be the most irritating and off-putting one ever. He’s got the charisma, and he performs with conviction, but the song is just horrible. It’s lazy, it’s cliche-ridden, the backtrack sounds half done… Well, someone has to come last.

Sebastian: Eesh – I’m all for trying something different and being revolutionary in music. But “La La La” did not execute the memo well. Its chorus is actually painful to listen to. It seems like a lazy attempt at at song, and its tempo changes throughout are quite grating. At least Vladimir has charisma going for him.

Anthony: I admire Xandra for her talent and, as the song title suggests — for her sheer determination to keep on trying. Her semi-final performance delivers the vibes of a classier version of Andorra’s “Sense Tu”, but there’s one slight problem. Although she’s an established performer, Xandra can sometimes end up looking a little too serious at times. She’ll need to find a way to engage with the viewers.

Barnabas: It’s sad to say this about a song sung by an awesome vocalist, but this is just a generic ballad written for Eurovision. Literally everything matches: the cliche lyrics about a love affair, the key change in the last chorus, the high note… I’m not saying that this is bad, but come on, Xandra, bring something more unique to the competition! Because if “Try” wins, it’ll get lost in the sea of power entries in Lisbon.

Jonathan: Xandra is back and doing what she does best. “Try” is a nice power ballad with enough grit and drama so it doesn’t sound like three minutes of vocal theatrics. It’s not the most inventive song in the world and doesn’t stray too far from the classic formula. But it’s certainly still one of the standouts of this selection. If the other favourites can’t pull off perfect vocals when it counts, then Xandra may be the dark horse ready to swoop in and take the Selectia Nationala crown.

Robyn: There’s a really cool jazzy feeling here, like a singer at an airport hotel lounge bar on a lonely Wednesday evening. And I mean that in the best way. The song is there to pick you up and make you feel better, a bit of gentle support. Xandra delivers a strong vocal and smoulders behind the mike. It’s an unusual song for Eurovision, but it would work. 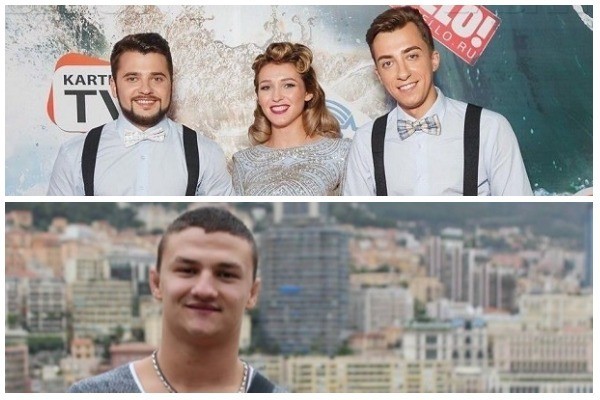