She’s the Ukrainian star who told us “I Love You” in 2017. Now, with 5,382 votes cast in total, Tayanna is your favourite once again to represent Ukraine at Eurovision. She topped our Vidbir 2018 poll, with her upbeat entry “Lelya”.

Get your dance on, y’all! “Lelya” is high energy and Tayanna makes sure to use every bit of the Vidbir stage in her performance. Tayanna received 2,088 votes in total, around 39% of the total vote.

Tayanna missed out on representing her country in Kyiv thanks to the public vote. Does this result give her more hope for Lisbon?

It might not be quite that easy, though. Just behind Tayanna is Mélovin, with “Under the Ladder”. The charismatic and unique former X Factor winner is a real challenger for the win.

He received 1,930 votes in our poll, about 36%, putting him very close to Tayanna indeed. We could be in for a very tense final indeed!

It certainly looks like y’all think this is a two horse race though. Vilna finished third, but over 1,300 votes behind Mélovin’s second place. And it’s bad news for The Erised, who finish last with just 183 votes in total.

Poll Results: Who should win Vidbir 2018?

Tonight’s final of Vidbir 2018 airs from 18:00 CET and will be streamed on YouTube here. As well as performing their own songs, the finalists will perform a Eurovision medley, whilst Jamala will debut her latest single.

What do you think of the poll results? Do you think that it’s Tayanna’s victory to take, or can Mélovin snatch victory? Could another act rise up to surprise us all? Let us know all your thoughts in the comments. 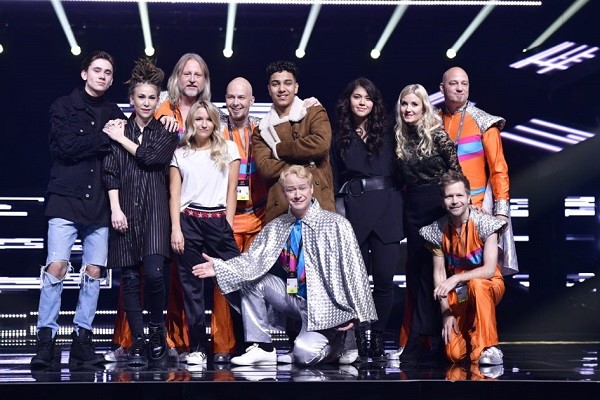 Melodifestivalen 2018: Listen to the 2.30 minute snippets of the semi-final 4 songs

Poll Results: MADARA is your favourite to win Latvia’s Supernova 2018 with “Esamiba”

It’s Tayanna or Melovin here! I like both songs, so whoever wins I’m happy!

For me it’s clearly between Tayanna and Melovin! I like both songs, so whoever wins I’m happy!

All the way Tayanna ! But i think that it will be Melovin in the end….

It’s obvious that it’s gonna be Tayanna or Melovin. Personally I’m rooting for Melovin, his song is by far the best. I’m not a huge fan of Tayanna as an artist and her song but she would probably be the safest choice :/

Lelya is the worst of the six for me. I really want Melovin to go to lisbon!

Lejla is way too shouty and Melovin is trying too hard to be edgy. 🙁

I want Laud to win. Is it too much to ask? LOL

It’s going to be one of these two. I prefer Lejla, but I think Melovin will win.