After “Back Together”, “Outlaw In Em” and “The World Can Wait”, Waylon has presented his fourth potential Eurovision 2018 entry, “That’s How She Goes”.

“That’s How She Goes” is the most uptempo entry of the four we’ve heard. Waylon said that the best way to describe the song is to play it. He sings: “I’m not saying she’s already gone / It’s surely feeling like she’s moving on”.

The song sounds contemporary and is definitely the least country-like song we’ve heard until now. “That’s How She Goes” sounds like a crossover between poprock and funk, which makes it very radio-friendly.

“That’s How She Goes” live performance

Meanwhile, many people believe that yesterday’s entry “The World Can Wait” is the entry. Promotionally, it would not be a surprise since both Waylon’s upcoming album and Dutch tour share the same name. The song is just over three minutes long and was received well by both fans and media. AD has already guessed that it’s indeed the entry and De Telegraaf has written that it is the best song to date.

It is believed that “The World Can Wait” was inspired by the burn-out of his girlfriend and YouTuber Bibi Breijman, who attended the performance in the De Wereld Draait Door studio last night. Waylon previously posted a picture with his girl on his Instagram in December with the quote “The world can wait my love”.

Waylon has only one song left to reveal after “That’s How She Goes” — a number called “Thanks But No Thanks”, which will be presented tomorrow night. Knowing his versatility, this song could be anything. On Friday evening Waylon will reveal which of the five songs will be his Eurovision entry.

Do you think that “That’s How She Goes” should be Waylon’s Eurovision 2018 entry? Or do you think that one of the other songs deserves the honour? Let us know in the comments below!

Read all our Netherlands coverage here 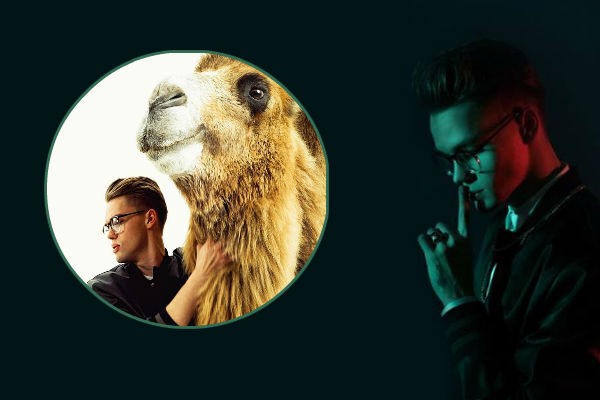 This is much better , hopefully they will send this to lisbon
excellent tune

Still fixed on Outlaw in Em. If they send another song they clearly don’t know what they’re doing. Come on, listen to the people!

I feel like the chosen song will be the 1st one released or the last one. The others feel like filler album songs.

I am a big fan of Waylon, but now
I am very disappointed. He was saying that he wrote all the songs by himself.
This song was already existed in February 2015.
My favorite is Outlaw in Em.
Hopefully written by himself.
See link of February 13, 2015.
https://www.google.nl/url?sa=t&source=web&rct=j&url=https://m.youtube.com/watch%3Fv%3D8SXgmjIBxU8&ved=0ahUKEwjR2rKrwsrZAhXQZ1AKHXBuB8oQwqsBCCowAA&usg=AOvVaw25SiJ6SCN1auem9KtADaFG

The world can wait was the worst of the lot……I didn’t like that one. The only one of the 4 I didn’t like. Well if he does choose that things are definitely gonna be looking up for San Marino.

This song is a cover and there is at least one version of it that has been on youtube for about three years already. It’s a big, fat DQ on this one.

This is the one.

the dutch media is absolutely full of it. Unless the 5th song ends up blowing the rest out of the water, outlaw in em NEEDS to be the eurovision song

I really had high expectations. Maybe the fifth song is the one?

For me and the vast majority of Dutch fans it is definitely Outlaw In Em. It is really the only song that has a chance of standing out in Lisbon. The media is trying to sell the narrative that the fans apparently want The World Can Wait, which isn’t true at all. All the polls and all the discussion boards, social media, etc. show massive support for Outlaw In Em, whereas The World Can Wait was actually poorly received. Given the enormous push for The World Can Wait in the media and newspapers supporting it so much, I have the… Read more »

Well, but this song it’s not originally his… So I don’t think this is the song for Eurovision https://www.youtube.com/watch?v=8SXgmjIBxU8

Oh yeah… Well I guess this song is out now lol.

If I were the Dutch broadcaster I’d pull him out of the contest – i find it a disgusting abuse of people’s trust.

what trust are you talking about ??????. If you don’t like him that’s fine but you have to realise his one of the best the Netherlands has.

He can then afford everything? Deuhhh . And no he is not the best or only option. Anouk with a real Anouksong is the greatest in your country.

dem …. ok this one we can already delete 🙂

Supposing this should be a bigger deal? Did he even acknowledge the original artist?

This song from Michael Tenpenny is not on Spotify, so probably he never released it, from which you can conclude that Waylon bought the rights and he can go to the festival with this song, I think?

Yep thats what i think aswell. I see no problem in this at all. Ofcourse some people will make a problem out of this, sigh. Sad.

Here he says the song has never been released actually:

but still it was performed in full before September 2017, even if not by Waylon himself, could it be a problem? I know there have been similar cases this year, but it was only parts of the songs which were performed

This is what ESC saus: “The compositions (lyrics and music) must not have been commercially released before 1 September 2017. In case the composition has been made available to the public, for example, but not limited to, on online video platforms, social networks or (semi-) publicly accessible databanks, the Participating Broadcaster must inform the ESC Executive Supervisor, who shall have authority to evaluate whether the composition is eligible for participation in the Event”.

Thanks! Still hope for Outlaw In Em, though. Unless the last song tops it…

oh no, not a difficult case like Italy again …… pfffff that everyone just follows the rules. Fairplay . Otherwise let’s call this the cover festival

Yes, he probably bought the rights. But I think he shouldn’t go with this song because some people will still talk about plagiarism.

Definitely Outlaw In ‘Em. Best song so far. This one is nice, but feels like track #7 on an album.

First of all, all are decent songs which is a good thing.
Honestly, I like all 4 songs so far.

I really like “That’s how she goes”.It sounds country and pop at the same time. It has potential. The bridge with the guitar is great.

My favourites so far:
1.That’s how she goes
2.Outlaw in Em
3.Back together
4.The world can wait

He’s such a performer! I like this one too but I think Outlaw in Em is still the best.

FINALLY a song that I LOVE! Amsterdam2019

Waylon is such a great artist…love this song also.
1. The world can wait
2. Outlaw in Em
3. That’s how she goes
4. Back together

So the only song I haven’t liked so far is the one the dutch media wants to send to Lisbon… I still prefer Outlaw, then the first one and then this new one.

I love this one it’s the best one so far.

Even though country is not my favorite genre, I quite like this one. Very decent songs indeed.

It isn’t very country my opinion. That’s why I like it

Yea, that makes sense why I like it more than others. Looking forward to hear his last song.

Yeah, you are clearly not a fan of country. Otherwise you would know that this twist on country is what has been dominating Nashville for several years now 😛

Good songs but i havent heard a hit from this 4 songs.No top 10 for neatherlands. They prob stay in semifinals

I don’t think he will. It’ll be easy for Waylon to qualify from semi 2, because there aren’t many outstanding Songs or anything great to come. He wouldn’t have any Chance in the 1st semi tho…

Outlaw in em would probabely be a top 5 position.

I don’t think top 5 will happen, but Outlaw in em is the best choice out of the four Songs ^^

What? There are no good songs in the frist semi, the are all in the seconde finaal!

Which Songs for example? I only like Hungary Denmark. In the 1st semi there are only promising countries like Austria, Belgium, Croatia, Israel, Cyprus, Czech Republic, Greece, Azerbaijan, Armenia, Bulgaria, Estonia…. In the 2nd semi however I don’t see as many good artists and Songs.

And because you are the jury who decide all the positions in Eurovision , thats enough … get a life man….
Always these type of losers with this behavior of trying to make everybody agree with what they think…. TALK AFTER EUROVISION…not before. Every year the same bunch of KNOW IT ALL… puuuuufff …

What? I didn’t try to do anything… I just expressed my opinion and I Little care if you share my opinion or not. Why can other People say what they think but I can’t?

@Weißbrot
Of course you can have your opinion, but you say very often that semi 2 is weak, and you must be aware that this is a sure way to annoy 18 countries at once.

All the songs have been good so far but Outlaw in Em is still my favourite. This one would be my second pick though.

Waylon what are you doing to me?! This is so hard to call really. Another great track really. But I think I’m still going with No:3 as the one
1. The world can wait
2. Outlaw in em
3. That’s how she goes
4. Back together

I mean The World Can Wait is the one!

I have Little hope for the last song… All of them where decent, but none was giving me a ”you want to hear this song again” Feeling.

Again the Dutch media has no clue what they are talking about. The more NL likes the song, the less reason to choose it we have no clue how Europeans vote. My personal choice would be That’s How She Goes

No way it’s gonna be this one. Next, please.
Nothing he offers is bad. I like it all. But man, I wanted something to love. 🙁

I like it – it’s nothing special, but it’s a good song I would gladly listen to if it came up in the radio.
1. Outlaw in Em
2. That’s How She Goes
3. Back Together
4. The World Can Wait – I really hope it’s not this song