Over the last few weeks, each act in San Marino‘s national selection 1 In 360 performed an acoustic version of their entries in front of a panel of expert judges. In preparation for the grand final on 3 March, each act has now released the final studio version of their song.

As expected, the studio versions have delivered some surprising changes. Everyone’s favourite Sammarinese rapper, IROL, has dropped out of his role in Jessika’s “Who We Are”, replaced by fellow entrant and surprise rapper Jenifer Brening. Franklin Calleja, Judah Gavra and Sebastian Schmidt have each fine-tuned the song “Stay” to their voices, making the song their own. And Emma Sandstrom, who teased us (and wiwiblogger Kevin) with her track, has brought some dance beats to “Diamonds”.

But which track should get the ticket to Lisbon? Have a listen below to all the studio versions of the acts for San Marino, and vote for your favourite in our poll. As always, you can vote for as many songs as you like, but you can only vote once — so choose carefully!

Jenifer Brening – “Until the Morning Light”

Jessika feat. Jenifer Brening – “Who We Are”

Sara de Blue – “Out of the Twilight”

Which studio version of the San Marino 1 in 360 acts is your favourite? 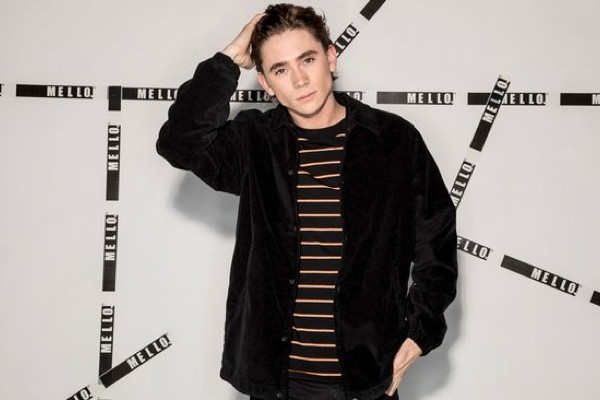 The selection process kills the spirit of Eurovision 🙁

Only 10 Euro left for Jessika. Amazing so many artists reached 8.000 Euro!

So all talents with 8.000 Euros will get 12 Points from the “Tele”voting now?

Wait, anyone who gets €8000 gets 12 points? So theoretically all of them could get 12 points? But that only means that it’s mostly up to jury to decide the winner.

I think that’s kind of the point.

THIS is a surprise for me.

There is SO MUCH heavy-handed over-production going on here, it’s almost laughable, if it wasn’t so sad — CLEARLY the San Marinese selection people WANT the public to choose “Stay” (Why ELSE would they have THREE competitors each sing a version??) — the PROBLEM (while I do think, in theory, it’s the best song) is that each version doesn’t quite tick all the boxes that make you think “oh now THAT will be a SUCCESS” (though I think Franklin’s VERSION is the BEST fit for his voice, and it brings out a sweet quality, which I like — the other… Read more »

Jessika and Irol were my winners because of their chemistry and dynamics. Now that it’s changed, I am not into the song as I were. Jenifer’s parts seem forced and cringy. Jessika does her best. As a big fan of hers (she could have gone to ESC many times, and often with a great song) I almost feel guilty not to be passionate about her entry. I mean, if she wins, I’ll still be very happy to see her finally in ESC, but it’s not a winning song like The Flame or Fandango were. Sara de Blue, on the other… Read more »

This poll is the proof of my Stay comment. Currently, the 3 versions are on the 8th, 9th and 10th place in the poll, but their combined score would push them to 3rd. Thus, it would have been better if there was only one person singing it.

Irol ft. Basti, Basti or Sara de Blue. On of them should represent San Marino. Basti’s voice sound very smooth, “Stay” is average unfortunately. Sara de Blue is very interesting, but her song could have been better too.

I am afraid that Montalbano guy is going to take it somehow. He’s a cheater.

«Everyone’s favourite Sammarinese rapper». Is there any other? Hahaha

Sara de Blue HAS to win this.

But three of the songs are the same song, and none of them are produced very differently from each other…. just sang by a different person. Hmmm…. are they trying to steer the audience to the song they want to send by repeating it three times?

Franklin Calleja/Judah Gavra/Sebastian Schmidt – “Stay”: I don’t like this song, Sebastian has the best vocals, Franklin best instrumentation, but still I found the song weak and uninteresting Tinashe Makura / “Free Yourself” – simple song, but he makes it fun and relaxed, so underated imo IROL feat. Sebastian Schmidt / “Sorry” – ok song, not my favourite, I like it mostly thanks to Sebastian Camilla North / “Yo no soy tu chica” – better then the acoustic version, still not my cup of tea Giovanni Montalbano / “Per quello che me dai” – too bland for me Jessika Muscat… Read more »

Diamonds is a boring pile of averageness. You’re welcome 🙂

They all are a boring pile of averageness. You’re all welcome. 🙂

I made that word, it’s now a thing lol.

Good to know, it is indeed very fitting for the majority of this year’s NF songs.

Sara is by far the best candidate. The song is great, her voice is awesome and I really hope she’ll be singing for San Marino. If yes, San Marino should easily score Top 10 or even better in Portugal.

Jenifer is backed too now. Congratulations.

So the 12 Points of the public voting goes to Sara, Giovanni and Jenifer. So the Jury will have the majority to choose the candidate for San Marino. Choose wisely!

Out of the twilight is great! If Sweden, Bulgaria or Australia would be sending it, everyone would be hyped about it… I hope San Marino reaches at least top 15, because it deserves that imo.

Giovannis Song got funded this moment. I’m kinda suprised by that, but ok 🙂

I think I would do the same 🙂 So iiiiii can rise, to the wild, out of the twilight… #singalong

Sara de Blue is far and away the class of this field. I love the power of the music, and her voice is out of this world. She would be a solid bet for San Marino to return to the final for the first time in 4 years!

Sara de Blue is amazing, much better song than others selected.
San Marino made a big effort this year, I think they have good songs and not much attention. I believe they are gonna make it to the finals this year and I’m happy.

I feel the studio versions are all around quite same quality, none really rise significantly above others. The best one i feel is Emma’s but it has also some awkwardish. I don’t so much like Sara’s song but she has the voice. However this studio version does not rise any special feelings in me. But i think she will be almost sure winner of the final. I hope Emma can impress in the final and make things little bit more thrilling.

Nobody. They were all just made to fail. Which is okay and perfectly in line with San Marino’s usual Eurovsion endeavors. BUT! After this sham, I encourage them to withdraw from Eurovision. I also encourage San Marino to take their beloved Zoe, get her out of Austria. And while you’re at it, you may keep her. 😉

I totally can feel those hashtags trending. Not. 😛

Thrilling! Could be possible, that Giovanni and Jenifer achieve the 8000 Euro as well.

So Sara, Giovanni and Jenifer would get 12 Points for the public vote.

Yes….Giovanni and Jennifer are both within 900 af the moment!! So yeah very much possible!

Is Giovanni rigging this again? That man is such a cheat

Emma or Jessika for the win!

Well that’s the thing here! It doesn’t matter how many people vote or support a song….its the amount of money they put in! Well if he has enough financial backing from his sources/fans then good for him

I listened to all the songs without having read anything about people’s opinions on them, and was like ‘Sara de Blue is clearly the best here’. Rather pleasantly surprised that I’m not in the minority on that one!

Sara De Blue with Until The Morning Light was a possible top ten song at Eurovision. She should still win but Out Of The Twilight is a tougher sell.

‘Sorry’ is the only song that isn’t forgettable. Still not a masterpiece, but the only one that could qualify.

i personally like “Per quello che mi dai” and Franklin’s “Stay” the best.

Franklins Voice reminds me to Shakira 🙂 Very interesting voice for a man!

Either Sara or Emma, rest are meh

Diamonds is so good.

Out of the Twilight is flat and autotuned, she has the stage presence of a vacuum cleaner, genuinely. She is so boring to watch. The song lyrics…like what?
Sara de Blue would be a non-qualifier for San Marino, just you watch. It’s better, but it’s going to flop compared to Diamonds. Emma is likeable and she knows it’s rigged hence why she said she’s going to apply to UMK 2019 and maybe Melodifestivalen 2019. Queen Emma and Queen Tamar coming for 2019.

Diamonds is flat. It won’t get anywhere. Emma’s vocal is nowhere near the level of Sara’s vocal. Boring stage presence? Get your eyes and ears fixed.

Sara de Blue for the win! She has the best song, and her live performance will elevate the song even more.

Am I the only one who thinks that acoustic versions were better?

Actually no! Emma’s acoustic version was much better than the studio version. Sara de Blue’s both versions are great.

yeah, I agree. Diamonds was really promising, but the studio version is very disapointing, it became techno-pop sound and lacks of emotions.

Sebastian Schmidt – Stay was perfect acoustic, but the new version sounds like a boy band from the 90’s, East 17 – Stay another day.

I like how they are trying. But tbh, none of these songs will make it to the final I think, they are all just okay.

Sara de Blue is the clear winner here, PLEASE san Marino don’t make a mistake and not send her.

Y’all I swear to god if Sara doesn’t win I’m gonna be so mad! Her song is beautiful and would be my number so far

Sara de Blue is out of the world and Out of the twilight could be winner-material. <3

I agree! If this was from one of the bigger countries, everyone would be loving it.