In 2009 he earned the highest tally of points ever under the old Eurovision voting system, and his winning song “Fairytale” topped the charts in Norway and beyond. And this weekend Alexander Rybak returns to Melodi Grand Prix for another shot of victory.

But Alexander knows that NRK MGP isn’t just a competition. It’s also about sharing special moments with his fellow singers and showing that Norway has a lot of talent Europe needs to pay attention to.

So, in honour of that, he’s recorded a fun fiddle tribute to each of this year’s acts, showing off his skills with the strings, his lip-syncing ability and even some of his best dance moves.

Speaking exclusively to wiwibloggs, he explains:

“Our message, along with [previous MGP winners] Stella and Aleksander Wallman, is this: Just like in sports, you should continue to shoot for the stars! I hope by participating, we will inspire people to follow their dreams, without the thought of ‘I’ve probably had my ration of happiness’. If you truly believe in something, use all your fibers in your body to spread the message!”

Many people have wondered why he would return to the contest and compete with emerging stars after experiencing so much success as a performer nearly a decade ago. After all, Rybak has entertained large international audiences in nearly 50 countries, won the Hedda Prize, picked up Russian Grammy Awards and collaborated with DreamWorks Animations.

“People who don’t like my music will still not like my music even if I win Melodi Grand Prix again. Likewise, people who enjoy my music won’t stop enjoying it after I lose. And people who say ‘this is too far from Fairytale’ are the same ones who would shout ‘one trick pony, this is is nothing new’ if I made a ‘Fairytale 2’.

There is no doubt that this cover video is also about the fans. Many Melodi Grand Prix enthusiasts often have several favourites. This medley brings them all together with a violin twist. Distinctly Rybak in style, yet spanning all entries, this is the one-stop shop to catch up on MGP 2018.

“I love surprising my YouTube subscribers, and I’m always trying to do something unpredictable. When we really have the coolest line-up of artists and songs in MGP history, I wanted to make an ‘homage’ to all their songs.”

“And at the end of the new video, I’m begging people not to spread hate. It is always easy to write 10 pages about an artist you would ‘hate to see winning’, but it’s so much more important to just write a few words instead, about the artists you are rooting for. I think my fans have been very nice to the other artists this year, it’s a PARTY and I hope my new video symbolizes that.”

Which part of the medley do you like the most? Do you like Rybak’s MGP entry? Are you happy to see him back? Let us know in the comments box below! 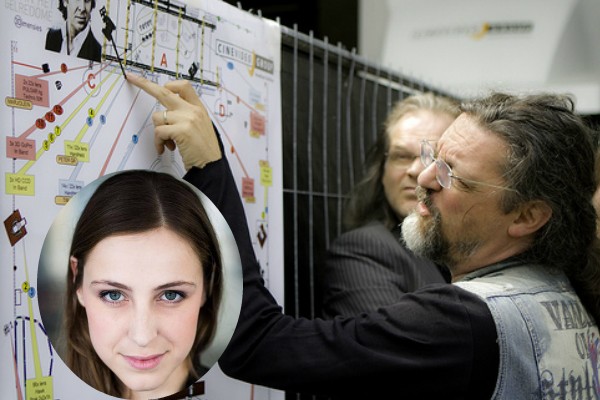 I have many times joined in a standing ovation to the mastery of Alexander Rybak with a violin. This video is perfectly honouring MGP and the competition in the best way he can. Thank you, to him, many times over. 🙂

Wonder why he bothered to talk to you. Its not an advantage being Alexander Rybak on your site. You don’t give him much credit or slack.

Why the disrespect? You can bash Wiwibloggs all you like for their opinions but you’re still here contributing towards their audience traffic, hunty. If anything, Rybak is showing that he doesn’t take their criticism personally as their occasional negative critique isn’t targeted towards his character or country. Wiwibloggs wouldn’t be a credible news source if the team constantly had their noses up the holes of the singers. I love Alexander, but exuding bias towards him solely because he’s a previous winner is a pretty dishonest perspective to maintain. This song doesn’t really appeal to me and honestly I think it… Read more »

There is a particular writer here who does seem to go out of their way to take shots at Rybak – even when he isn’t the main focus of the story.

I no longer read any of the stories they publish.

Boy he’s lovin talk to the hand for sure. Here’s whatcha gonna do, Norway: send Aleksander with Alexander!?

Thank you Deban for this article. The message is uplifting and strengthening.

Alexander is such a sweetheart. Even if he doesn’t win, he’s got my heart.

Maybe instead of going to Eurovision with his song, he should join one of the other artists because the violin sounds pretty good with some of these songs 😛 Anyway, nice idea. He’s such a sweet person!

If he doesn’t win, I think that would be a great idea. He improved some of those songs by quite a bit!

Just imagine for Norway an Alexander Rybak classy collab/duet (on one of the other songs obviously) and for Sweden Margaret…. (but the old Cool me down instead of Cabana obviously).. Northern countries would be totally back in the game ah ah.

What a fantastic tribute to all the artists and a great gift for us fans! Alexander’s talent added an extra dimension to each of the other songs. Can’t really pick a favorite, they all sounded great. Thank you Alexander! Love the positive spirit and the message of good sportsmanship.

He remains my favorite Eurovision winner as a personality. His statements suggests the he follows comments about him on the internet rather closely. The internet is place that will always be filled with hatred. Anyone has access to it and anyone can post comments somewhere, even semi-illiterate troglodytes who can’t even speak English. I think the only thing that can be done is to ignore those people whose purpose it is to spread hatred. However, I feel like a lot of people confuse candidly voicing one’s own opinion as hatred. It isn’t. It so isn’t. And when they read something… Read more »

English is very hard to learn when your native language doesn’t even have latin alphabet. How many languages do you speak, that don’t have latin alphabet?
I like Alexander, but after all I’ve learned about him, I guess he had a very tough father. He needs to break free from his father.

“And at the end of the new video, I’m begging people not to spread hate. It is always easy to write 10 pages about an artist you would ‘hate to see winning’, but it’s so much more important to just write a few words instead, about the artists you are rooting for. I think my fans have been very nice to the other artists this year, it’s a PARTY and I hope my new video symbolizes that.” That’s a lovely message from a gracious person. If you spend much of your time dedicated to Eurovision spreading hate, resenting previous results… Read more »

I’m delighted to see him back and this is amazing! So cool to hear the violin’s “voice” used in so many ways.
The violin fits Mr Walmann’s foot tapping “talk to the hand ” like a glove, and raises Rebecca beautiful ” who we are” to goosebump level!

The curse of the 43 strikes again. Ukraine’s broadcaster is in danger of shutting down and their participation at ESC is in danger: https://www.ebu.ch/cms/render/live/en/sites/ebu/contents/news/2018/03/uapbc-under-threat-of-closure.html

Here’s hoping they can turn it around. Their chances this year look good. (Switzerland did, after all).

This is cool. Thumbs up!

This is what makes him so special. A true musician who gives of himself and surprise us over and over again. 🙂

This happens when your song sucks and you need to secure votes.

He doesn’t need votes when he already won.

This is all for sportsmanship.

Actually, I see the oposite happening. He is helping the other songs sound better and maybe getting more votes for them! Kind of risky