In late February Ukrainian broadcaster UA:PBC chose Mélovin and “Under The Ladder” as their entry for Eurovision 2018. Now, as they plan their stage show and promotional tour ahead of the contest, they have the unenviable task of dealing with a financial setback that some fear will threaten their participation in May’s musical extravaganza.

As reported by UNIAN, the Ukrainian public broadcaster UA:PBC has only received half of the government funds it is entitled to by law. That has forced massive budget and personnel cuts. Of the broadcaster’s 7,000 employees, a staggering 4,000 will have to leave their positions in the coming month.

UA:PBC’s board chairman Zurab Alasania, who resigned as general director after a budget cut during the hosting process of Eurovision 2017, takes a pessimistic outlook on the public broadcaster’s future. As he told UNIAN:

“Due to this [lack of] funding, UA:PBC will be forced, already in April, to stop broadcasting without exception from all analog transmitters, as well as a significant number of digital and satellite transmitters.”

Ukraine: a history of financial setbacks

It is not the first time the Ukrainian public broadcaster has faced a financial storm. In 2015 the broadcaster had to withdraw from the contest due to a lack of resources. It simply could not afford the license fee to broadcast the show.

The broadcaster also faced a financial setback right before Junior Eurovision 2016. At the time NTU revealed that it did not have the money to fly young songstress Sofia Rol to Malta to perform her song “Planet Craves For Love”. After asking for over €20,000 in donations from the public, Sofia managed to enter the contest and finished in 14th position.

In early 2017, the Ukrainian broadcaster NTU reorganised as UA:PBC and had the right to host Eurovision that year in Kyiv. The planning and execution of the contest was marked by rising costs and resignation after resignation.

In 2018, the broadcaster organised their national final, known as Vidbir, together with commercial broadcaster STB for the third year in a row. The partnership helped cover the expense.

One of those expenses is the production of the stage show. STB helped elevate the stage show of its own X Factor winner Mélovin, providing a staircase that caught on fire.

While some Eurovision fans fear of a Ukrainian withdrawal from Eurovision 2018, Mélovin does not seem particularly bothered. After several fans left concerned comments on his most recent Instagram posts, Mélovin reacted to one the comments in Russian: “Do not worry. It’s all nonsense.” 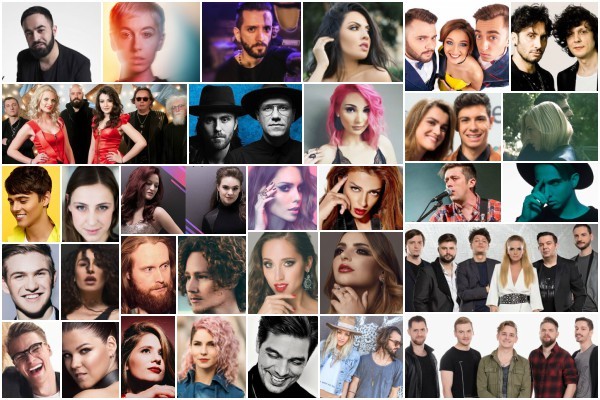 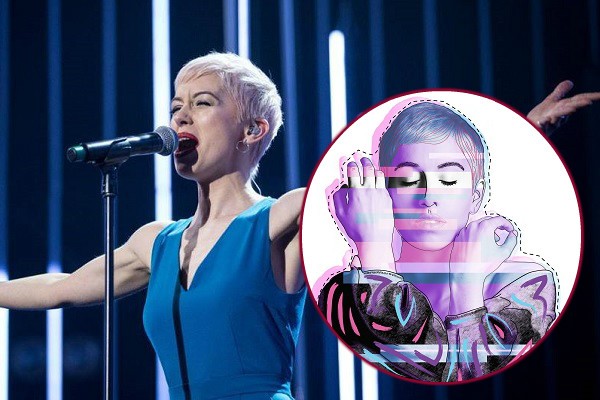 Sod’s Law! One of my fav this year. ( I hope the problem will be solved.

I’m worried about you cranes participation next year that’s my main concern I think this year is already paid for next year I don’t know if I have the money for it.

In 2015 Ukraine withdrew not only because of financial reasons, but also because to participate in the midst of developing war wasn’t the right thing to do.

It’s nonsense, a trip to Portugal and the cost of the stage performamce are paid by STB and sponsors, not UA:PBC.

it would be a shame if Ukraine didn’t participate this year! Melovin is already one of my favorites this year.

I still listen Jazz-You from You Decide. How can UK be so stupid, how? It should be illegal to be that stupid.

He can make a video with product placement, like Cyprus. Seriously, isn’t it preferable, instead of taking money from the public budget, or crowd funding?

Omg no?? I hope Mélovin will still perform! This is one of the only years that I love their entry? It is my number one!??

It’s nonsense, exactly! there is noway EBU would let country like Ukraine go, i think it’s just a hype around nothing

that is such a fitting header image, i cackled

Probably should’ve considered the costs BEFORE the national final. Sounds like they know the score, ask for $$$ after you have confirmed your spot. EBU and fans aren’t going to let MELOVIN miss his chance. – without the broadcaster having to pay.

Another reason why Jamala didn’t deserve the 2016 win

why you brought Jamala in this mess? it’s not her problem and her fault , she deserved her winning , god people are being ridiculous….

A win is about the entry and performamce. Not about which broadcaster has the most money.

Never a day goes by that the Ukrainian broadcaster isn’t on the verge of closing down. Another false alarm!

When Ukraine can stage a show with a bankrupt broadcaster, anyone can do it. LOL