The Baltics’ biggest Eurovision bash is returning for a fifth year. On  24 March stars from both this year’s contest and previous editions will jet into Latvia for the Eurovision PreParty Riga 2018.

Since Thursday, organisers OGAE Latvia have been busy unveiling the acts. So far, we’ve gotten four names and the line-up is already looking great.

Two acts have been confirmed from the upcoming contest in Lisbon.

After making their first appearance at last year’s preparty, the Czech Republic is returning. He’s already performed for Ukrainian TV viewers, and now Mikolas Josef will bring “Lie To Me” to Eurofans from Latvia and beyond.

Moldova will also make the trip to the Latvian capital for the first time since 2015. DoReDoS will get the dance floor bopping with their Philipp Kirkorov penned number “My Lucky Day”.

Roberto Meloni is on hosting duties once more. He twice represented Latvia at Eurovision, as part of Bonaparti.lv in 2007 and with Pirates of the Sea in 2008.

Another blast from the past will come courtesy of Malta’s Amber. She represented the island back in 2015. She’s set to sing her Eurovision track “Warrior” along with some other singles from her back catalogue.

More acts are set to be confirmed over the coming days.

The concert takes place on Saturday 24 March at 20.00 local time. Riga’s Crystal Club plays host to the event for a second year.

Tickets start at €19.00 and can be purchased HERE.

This year marks the 15th anniversary since Latvia hosted Eurovision 2003. In honour of this milestone, the preparty is adopting the 2003 slogan “Magical Rendezvous” as its theme.

As well as the concert, organisers promise fans that they’ll be able to meet the stars for selfies and autographs and then dance the night away at the after party.

Austria: Cesar Sampson reveals his Eurovision entry “Nobody But You” 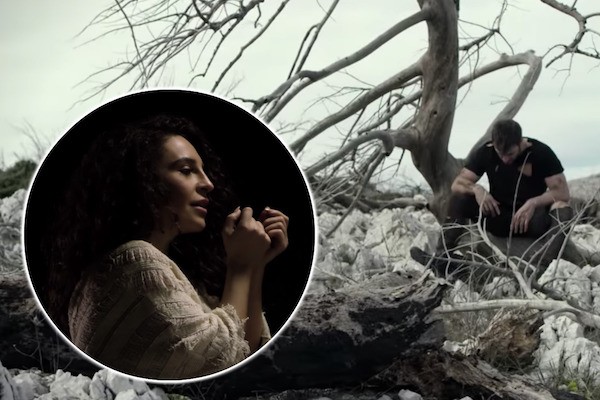 Is Laura Rizzotto going to perform as well? AFAIK she’s traveling back and forth between the US and Latvia these months before Eurovision.

This year is too toxic, politics are too suffocating, nobody dares to have fun, because is ”a joke act” if does so, topics must be very heavy : death (Portugal, Germany), depression (Malta, Romania), refugees (France), terrorism (Italy).
Was like that in the first year 1956, when people only wanted unity after war?
Was like that? I don’t feel this is a celebration at all.

ESC is inherently a political thing- its creation had VERY political motivations.

Besides, we have a lot of fun acts this year- Cyprus and Moldova for instance.

ESC was created with the purpose to forget about war. Yes, was a political decision, but with the intention to forget about politics. I don’t think they’ve imagined in 1956, that in 2018 we will have so tough fights about heavy topics. And yes, some songs are happy, light, but are not favorites, those fun songs are labeled ”fillers”, ”fast food”. Right now I feel that I just don’t care if I watch Eurovision or not. I will not regret if I will just forget when is broadcasted.

This is what the 14 songs that competed in the 1956 Eurovision were about (in running order): – Holland’s got the happiest poultry in the world. – There’s an old merry-go-round somewhere in Switzerland that is still in use even though it’s defintiely no longer up to code. – A homeless man is suffering from heavy depressions and wants to drown himself in the river Seine. – There are too many people waiting for a happiness that will most likely never arrive. – A slightly hysterical woman describes her fear of being left on the shelf. – Handsome men won’t… Read more »

”Springtime is the right time if you’re looking for some good lovin’.”
—haha, this seems fun

”Handsome men won’t always be handsome men.”
—Happy times if this was their main problem

”A woman who used to be young is no longer young and she doesn’t like it.”
—She should meet those men above.

”There are too many people waiting for a happiness that will most likely never arrive.”
—This sounds like France 2018

And how is any of this relevant to the Eurovision PreParty Riga?

I guess the point is that this year‘s entries are too ”dark“ to get people in a party mood (something I disagree on). Then again, Moldova and the Czech Republic both have got entries that are quite party friendly. So the answer to your question is probably “not at all”.

Poland this year is party-friendly as well…

No she sucked lol

She was better than Armenia, Hungary, Cyprus & Poland at the very least

France and Greece have published their videoclips!!!