Tonight Sweden’s six week long search for it’s Eurovision 2018 act comes to an end at the final of Melodifestivalen 2018. 12 finalists will take to the stage, sing their hearts out, hope to win top points from viewers at home and impress the all important international juries too. On March 4 we asked you who you think should win and we can now reveal Margaret is your favourite to win the final at Friends Arena.

Over 9000 votes were cast in the poll and 20% of them were for Margaret. “In My Cabana” won 1809 votes in total and there is momentum around Margaret after she won her duel at Andra Chansen last week.

Benjamin Ingrosso took second place in the poll. His track “Dance You Off” won 17% of all votes cast and has been streamed over 2 million times in the build up to the final.

Rounding out your top 3 is returning competitor Mariette. Her song “For You” won 13% of votes cast.

Only one more act received over 1000 votes: Samir & Viktor. The dynamic duo placed fourth on the poll with 11% of votes cast, closely followed by Felix Sandman who placed fifth with 10% of all votes cast.

The final of Melodifestivalen 2018 will air live on SVT1 from 20:00CET and you’ll be able to watch it through SVT Play. As in previous years, the international juries will reveal their scores first and then those scores will be combined with televoting results to select the winner. Melodi Grand Prix 2018: Aleksander Walmann is our favourite to win in Norway 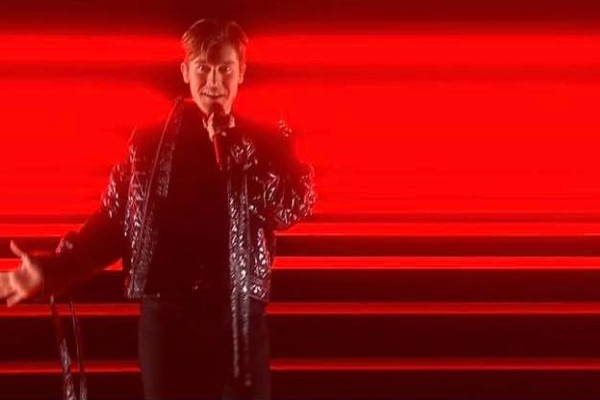 Sweden: Benjamin Ingrosso wins Melodifestivalen 2018 with “Dance You Off”

For anyone wondering why so many people were saying that non-swede has no chance of winning melodiefestivalen – well, that’s why 😀 note the exagerrated reaction, the hate pouring out of that statement

Aaaaaaand let´s wait for the hate to start.

I soo agree. How about a little integrity from the Polish jury???? Like WTF?!

Well, objecively it is a well composed and produced song, and it was perfomed well, so why not? Why won’t you preach integrity to Sweden and Norway for always supporting eachother in Eurovision voting? While we’re at it?

WTF – ,,they don’t ALWAYS supporting eachother” ??? And you are pissed off because of the polish jury voted for a polish girl (who was Swedes favourite on the Internet) ONCE? ???
But you and Norway aren’t supporting eachother once in ten years, only almost every year, so that’s ok ???

WTF – “Oh, the polish jury voted for a polish girl who was one of the best even in Wiwibloggs opinion, it changed absolutely nothing, but I will hate them ’till I die!!1one11!!! I’ll hate them!!111one!!11!!!
Well, you’re pathetic. And you’re a racist.

Some swedish guy: I’m totally ok with this

*Polish jury gives 12 points to a polish artist once, it doesn’t change anything anyway, the song and performance are fine*

Some swedish guy: ThAt’S uNfAiR! Do As wE sAy doN’t dO aSwE dO!

Well, there you have it.

Don’rt forget to tell that story to your grandchildren on your deathbed, so that the hate can go on

So glad Benjamin won instead of Felix. Thank God for that!

Felix and Benjamin were deserved winners

Bjorkman’s a flop though, public vote means nothing, 30 points between first and last place

wow, chill out. it’s just a vote and it’s not like she was going to win anyway.

well, Margaret came 7th in the end. Congratulations on making it this far. Didn’t expect a high viewer vote since she’s not a Swede.

Congratulations to Benjamin, this doesn’t come as a surprise.

Swede’s aren’t racist or anything? like what? her nationality means nothing

Umm.. You’ve never lived in scandinavia, have you? A lot of people were saying that non-swedish person has no chance of winning Melodiefestivalen for a reason, and believe me, they knew what they were saying. It’s not thay the Swedes didn’t like margaret, or anything, but they would just vote for a Swede

please show me where exactly I called Swedes “racist”? 🙂

isn’t the point of jury votes to show what are the juries interested in? it simply means she’s more likely to get 12 from poland in the esc itself than the other artists

Watching the interval, I gotta ask can Sweden still send Caroline af Ugglas? She is awesome.

NO SHUFFLA, NO PARTY
but considering this current situation, then C’MON FELIX SNATCH THAT TROPHY!

Can we just pretend that Mariette did not sing “Don’t stop believing” in 2015 and sing it now? She would so easily win now.. But well.

Remember to tell that to your grandchildren on your death bed, so that the hate can go on

Sorry, it was supposed to be an answer to someone else, not sure why it ended up here, hmm

Absolutely aggree with you!
I prefere Mariette!

I hate jury votes so much they are so biased. I like Margaret, but Poland can’t be impartial so shouldn’t be a jury.

And can’t believe the number of juries that gave 0 to Shuffla. Ok maybe its not your favourite but to say its not even Top 10 out of 12, really???

It’s almost as if someone planned it. But who would do that? Rhetorical question, ofc. 😀

Polish jury gave 12 points to Polish singer… Wow, who could have imagined that ? 🙂

“12 points from Norway to…Sweden!!!!” Who would expect that in the final every year.

Although Margaret would be my pick, it’s probably just not going to happen. She’s not even close to Swedish, I totally get is when Sweden chooses something else.

Those juries are good for nothing. Especially the Icelandic one. What an ass kisser.

What happened? (For those on NRK)

I’m on both, not abandoning NRK 😛

The Icelandic juror said to the Swedish host: “In Eurovision, you lead and we follow.”

No wonder Iceland sucks so much.

Samir & Viktor are 6th with the jury (thank you, UK jury!), Margaret is 5th (here you go, doubters!) And Felix is second! I am still clinging that one of them can snatch the televote, but I am already preparing myself for Benjamin.

You are welcome. 🙂 And so good to hear from you!

Well, Benjamin seems nice, so good for him.

PS, I didn’t watch MPG yet and intend to do so after it finishes. I hope nobody will spoil it for me. =-O

Renaida is granted another try. Thank you Melfest 🙂

Why is Renaida singing again?

Idk, but her heart didn’t light up AT ALL.

She had very bad in ear technical difficulties which made her really off during her performance, so they let he redo it. But I feel that it will affect her more with votes if they discarded the previous votes

Well, everyone tonight managed to entertain me, even Rolandz. Melfest is still the best produced show and Lindgren is amazing no matter what!

My favorites are still S & V, Felix, Margaret and Jessica, but let Sweden decide whomever they want. Best luck to all!!

Wow! Felix is so winning this

What do u mean who weird people??

Shuffla was AMAZING! I hope they win!

Is svtplay working fine with you? Mine is lagging all the time

Me too. If you full screen it works perfectly

Mine,too. I had to switch to my iPad, it’s even HD there.

Margaret is great. Ok she wont win but she definitely deserves TOP5. Im all for Samir and Viktor, Mariette or Liaamo 😉

I find that personally to be extremely hideous. The song is allegedly a poor rip off the “Havana” song by Camila Cabello.
The idea is practically the same, the name couldn’t be more similar and the “Na na na” is so transparent it’s ridiculous.
But even if we try to forget these details, she deserves the last place. I am not from Sweden, but damn, Samir and Viktor need to win it. The song “Shuffla” deserves the top 5 spot in Eurovision, THAT’S the song i want to hear and vote for!

I really wish she would win. But honestly, that’s pretty unlikely to happen. Swedes will vote for a Swedish artist, she has already come very far, so congratulations to Margaret. BRAWO!

There is so much bad taste around here. Incredible…

I’m also disgusted by so many votes for Benjamin.

Yes, you are absolutely correct. Every Eurovision from now on should consist of 40 Sobrals, mhm.

Any chance i can watch Melodifestivalen online for free? Any links guys?

I want Mariette to win so badly, but Dance You Off is also great
I’d also love to see Renaida at least in the top half, but I don’t think it’ll happen. Sadly, because her song is awesome

I actually think Swedes may return to my top 10 this year for the first time in 4 years. Unless they pick Felix, Liamoo or Mendez (Felix isn’t very bad, but not as good as Portugal or France)

When poland takes over wiwi.

I’m Polish so I should probably support Margaret, but even though her song is okay, I prefer Benjamin Ingrosso.

Lol thanks for the laugh. This made my day!
When will Wiwifollowers learn that precious Margaret isn’t a big star?