The Wiwi Jury — our in-house panel of music unprofessionals — reviewed and ranked all songs that qualified out of the initial heats. Following weeks of eliminations, that has left us with the six finalists — and one clear favourite of the Wiwi Jury.

The Wiwi Jury’s favourite was The Voice of Lithuania star Paula. Her Donny-Montell-co-written song “1 2 3” scored an average of 7.45/10.

In second place was Euroviijos atranka regular Ieva Zasimauskaite. The Wiwi Jury gave her song “When We’re Old” 7.14/10. And third was another national final regular, Kotryna Juodzeviciute. Her song “That Girl” earned an average of  6.23/10 from the Wiwi Jury.

The best: I love how Paula is able to blend minimalism with energy, it’s not easy to achieve but she nails it. She does go a bit overboard at times, but it’s still really effective. Everything is so simple but so bold and vibrant that it’s encapsulating. And also, massive points for originality. I honestly can’t remember a performance like this, or at least done this well. I’m really into this one. Also, best ponytail in Lithuania. (Natalie, 9/10)

The worst: I understand that the team behind this song got inspired by Kalomira on how to make an attractive performance by stimulating certain viewers, but at least Kalomira did it right! The song starts off by mentioning a symphony, but musically there’s steel drums, oriental beats and Japanese instruments. Confusingly, Paula is in the middle of Japanese-inspired staging, looking like a geisha! And she is just 17, why does she need to act like a 25-year-old sex icon when she isn’t one? However, the song is not bad and it will probably be a chart hit. (Barnabas 4/10)

The best: Awwww, Ieva! This girl seriously knows how to build a ballad. I really love this song because it’s pure sweetness. It doesn’t have any glitter or fireworks, there are no gimmicks to convey that this is a beautiful song. It just stands on its own young feet as a really pretty emotional ballad. And yes, it is sung incredibly wonderfully. I’m not sure it could win, but I really wouldn’t mind this representing Lithuania at all. (Natalie, 8.5/10)

The worst: It’s difficult to fault “When We’re Old”. Vocally, it’s near perfect, and the fragility of Ieva’s voice is compelling. The staging is super intimate and compliments the performance well. But, as a package, “When We’re Old” has been done at Eurovision. “When We’re Old” just lingers where Emmelie de Forest’s “Only Teardrops” track started. The latter grew into something anthemic, while the former just plods along without any musical differentiation or innovation. It’s a nice piece, but not memorable. (Sebastian, 5.5/10)

The best: This entry is stronger than her last year one but still not the best what Kotryna could do. “That Girl” has a very sassy vibe but Kotryna doesn‘t give enough sass in her performance. The best part of this is the chorus because it is very catchy but the song itself just misses something. With more polish and confidence in her performance, Kotryna could reach the final yet again. (Lukas, 7/10)

The worst: That girl’s got sass! Problem: it’s on the fine line that separates sassy from cringe-worthy. Kotryna’s entry is fun and catchy, but it gets a bit repetitive and there are points when she kind of fades into the background. The performance needs two things: to be brought back from the ’00s and to be more polished. We’re going to Lisbon for Eurovision 2018, not for UEFA Euro 2004. (Luis, 5.5/10) 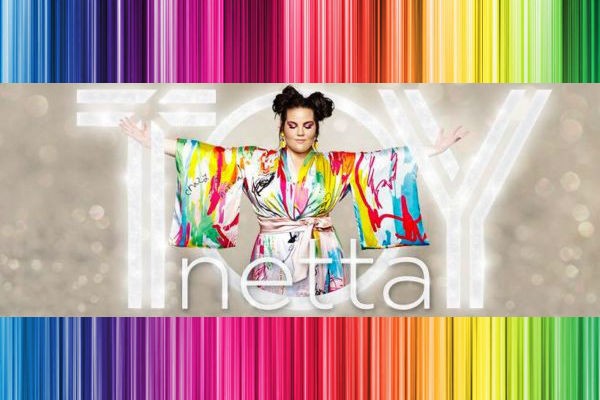 Israel: Netta Barzilai’s “Toy” is an anthem of empowerment inspired by the #MeToo movement

Any of these songs would be my last place.

Please Lithuania, choose Ieva and save this weekend from being a total disaster

Kotryna would stand out so much more. Lithuania has been disappointing me every year…they can do so much better.

Ieva is probably going to win, but it’s going to be a really close fight for second and third

My favorite is Ieva. I do not like Paulo’s song music, and the vocals are weak. I’m afraid that people will vote for The Roop.

There are two songs that i really like, 1 2 3 and that girl, but paula kinda ruined it with the new version so i have no hopes for her. Kotryna just got 6 points from the public in the semi so this one also won‘t probably win.
I think ieva will win (i don‘t mind the song, i just think that the styling is to similar to amar pelos dois) and this i can‘t go on copy by jurgis will be second.

It’s strange that your comments are definitely based on the first performances, but you put the videos of later performances and then again, we might still have some changes in the performances today. All in all, we know nothing.

This week in interviews for LRT, Paula said that she will perform the acoustic version from semi, and Ieva is thinking about keeping the bilingual version of When We’re Old.

Yep and I remember that Monika Marija said there might be some changes in her performance as well, so all in all, when we see those performances, we might be so surprised.

The Roop should win, we have no group in 1st semi-final, only two duos. So Lithuania, send The Roop, we need them!

I don’t normally say this, but I believe The Roop have a 0% chance of going to the final.

The most memorable song to me of these three is That girl, but When we’re old is my number one because Ieva does it very emotional and trust her each word when she sings. Not feeling comfortable watching Paula breaking that chair on the stage. Don’t see any sensible reason why she had to do it.

Its so fals, OMG

My top of the selection:
https://youtu.be/bZcWYB2E9Pw

As said, none of them are awful and whatever they pick will be better than Rain of Revolution. That said, Ieva is in a category of her own. Besides the French and German winning song, this is the only song that can actually bring me to tears. The emotion is sincere and deep. With 38 songs already out, I am positive When We’re Old would be in my top 10 at least.

Actually, none of the songs is awful. Well done, Lithuania.

I still like “The Truth”, even though Erica’s version was SO MUCH better.

Paula? NO
Ieva? NO
Kotryna? Yesssss

I really dislike Sebastian’s take on Ieva. It’s like he’s angry that it doesn’t become a giant march like “Only Teardrops.” Not every song has the same aims… but this one excels at its own.

Paula is the only option

The only option that’s dangerous for chairs, you mean?

I hope Paula will switch back to the initial version tonight because it’s a banging track with a lot of potential.
Then again all of them are decent except Jurgis.

I believe it was confirmed, that we will hear an acoustic version of 1 2 3 tonight.

I’m hoping that if she wins with the acoustic version, she’ll switch back to the first version for Lisbon. Really hope she wins no matter what version she sings!