He placed second at Eurovision 2014 as part of duo The Common Linnets and is back this year to fly the flag for The Netherlands in Lisbon. And now Waylon is making another comeback: to the stage of Eurovision In Concert. He performed “Calm After The Storm” with Ilse De Lange in 2014 and will perform his solo track “Outlaw In ‘Em” alongside twelve other confirmed acts in Amsterdam on April 14.

The other twelve acts come from all over Europe.

Two acts who won’t have to travel too far to get the concert at the Melkweg are Belgium’s Sennek and Germany’s Michael Schulte.

France’s Madame Monsieur and the UK’s SuRie don’t have too far to travel either: flights from Paris and London take a little over an hour, and if either act aren’t aviation inclined, they can also take advantage of new Eurostar services to Amsterdam too.

Armenia’s Sevak Khanagyan will likely have the longest journey of all of the announced acts so far, with no direct flights between Amsterdam and Yerevan.

The thirteen acts from this year’s intake will join Belgium’s only Eurovision winner Sandra Kim, who won the contest in 1986 with “J’aime la vie”. She was announced as a guest act in December 2017.

Last year 34 acts from the class of Eurovision 2017 performed in Amsterdam, so we can expect more to confirm in the coming weeks for the concert. Eurovision In Concert is the largest event on the Eurovision circuit and has rapidly become a mandatory stop for Eurovision contestants on their promo tours.

Who do you want to see at Eurovision In Concert this year? Let us know in the comments below! 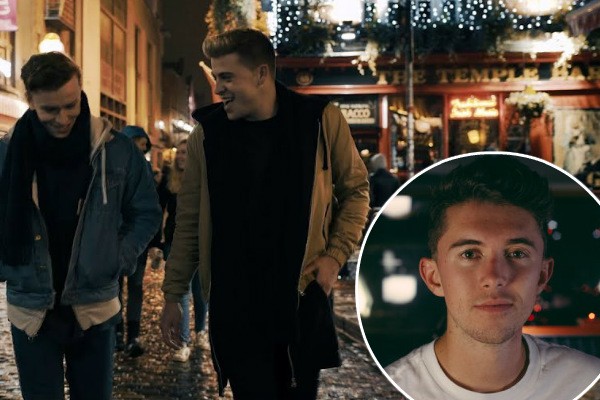 Looking foreward to see the stage for WAYLON. Close ups, Waylon HAT and and a ROCK stage videowall.. gentle en splashing at the same time… IMPRESS with a similar stage video wall and the best LIVE preformance at the EUROVISION… 12 POINTS FOR NETHERLANDS!

Update: Alekseev, Ieva and Gromee are the latest ones to join the party.

I’m still waiting for some more artists but I’m happy either way. This is my first time going to eurovision in concert??

Read the article: “Last year 34 acts from the class of Eurovision 2017 performed in Amsterdam, so we can expect more to confirm in the coming weeks for the concert.”
See? This isn’t the complete lineup.

Man im starting to worry ….. no Equinox in London and now inAmsterdam it seems , Holland pls invite your Bul/US friends to the party! We wonna see Bones live!

The concert’s not in de Melkweg this year, but in the AFAS Live (formerly known as Heineken Music Hall)

Benjamin Ingrosso.. would be great.
I’m already quite happy with some of the acts including Sevak!
Can’t wait! Yay

Oh my, For Sevak I will buy tickets to Amsterdam? I wish he would perform something in English as well. I have heard he likes Coldplays’s “hymn for the weekend”

I can’t wait to hear Belgium live for the first time!

It’s shaping up to be a great show, I’m considering going, but I thought it was going to take place at the Heineken Music Hall rather than the Melkweg?
Is Edsilia Rombely going to co-host? Perhaps she could borrow that dress from her sister-in-law…

I need my queen Eleni there!

I’d love to see Mikolas’s live performance.. And Netta too

I’ll definitely be there!! I love the way this article was written by the way, thanks Angus.

What do people see in waylon. If the UK sent that song it would be bottom 5, that’s for sure.

Wow so much HATE for someone you don’t even know.because you don’t like the song doesn’t me others don’t. If you have nothing nice to say then say nothing.

What hate? take your meds ffs

Well, you obviously haven’t seen him performing the song then. Da’s all.

I did, but you obviously cant accept that some people dont like his song.

That is not what you said. You wrote “If the UK sent that song it would be bottom 5, that’s for sure.” A statement which is highly debatable.

That statement implies that i dislike the song, which is true.

It’s debatable according to you, and i can agree with that, but for me it isnt.

My country might not be the the eat entry this year, but il so glad RTE finally realised that pre-contest marketing is vital by sending Ryan to Amsterdam. This is where the fanbases are formed and good opportunities to perfect the vocal for May.
I remember Ireland never marketed their acts before, the semi final was really the first time the Irish act performed live for large groups and by then it would be too late.

Stop it. Ireland is terrible this year and that gay- russian propaganda is not gonna work.

I didn’t say we were great this year, I was talking about the marketing and appearances at pre-contest shows. Also, the music video is stating explicitly that the two guys are gay, just because they are dancing. Pretty sure it’s open to interpretation of which you’ve come to that conclusion.
Perhaps you should “stop it?”