It’s time to pre-party! Songs have been selected, artists have been chosen and we now know all 43 entries for the Eurovision Song Contest 2018. National final season may be over, but pre party season is just getting started. All 43 acts will hit the promo trail in advance of the contest and a key stop on the pan-European tour is the London Eurovision Party.

Since our last update, 10 more acts have been confirmed for the London Eurovision Party, taking the total to 15 acts announced so far for the event.

Eight of those acts are drawn from the Eurovision class of 2018. Spain’s. Bigging up the Big 5 are Spain’s Alfred & Amaia and Germany’s Michael Schulte.

Rasmussen from Denmark is also on the bill, as well as Poland’s Eurovision 2018 hopefuls Gromee ft Lukas Meijer.

As well as the eight acts from this year’s intake, two more special guests will take to the stage at the Cafe De Paris on April 5: Portugal Eurovision 2014 icon Susy and Norway’s Eurovision 2013 contestant Margaret Berger.

Susy won the hearts of Eurofans in Iberia, as a part of the “Kardashians” supergroup with Ruth Lorenzo and Conchita Wurst, and for her gusto performing “Quero Ser Tua” on stage in Copenhagen in 2014. She also recently appeared as a juror during UMK 2018, helping Finland pick a song for Saara Aalto.

Margaret Berger’s ice cool performance of dark electropop track “I Feed You My Love” helped Norway make it to the top 5 back in 2013, avenging Tooji’s last place finish in the 2012 Grand Final in Baku.

More acts will be announced in due course. 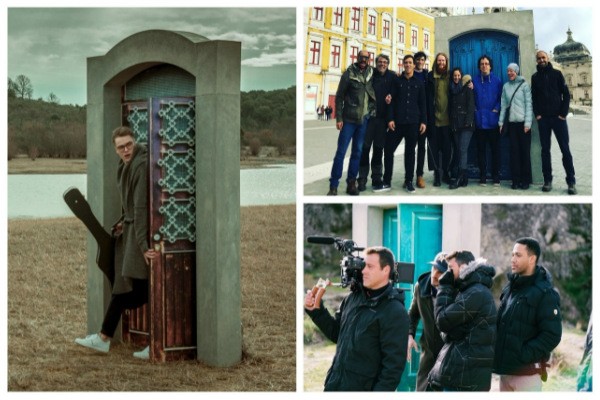 The Portuguese girls (Cláudia and Isaura) are also going to London.

This means that we would have seen atleast 33 acts performed live before ESC! Hope the other 7/10 of other internal selections also perform somewhere !

But in case they want to really bring on a surprise I think they should wait for the ESC to come.Israel , Cyprus, Azerbaijan should save itself otherwise the songs risk becoming old

I just hope that Germany, Montenegro and Spain manage to leave an impact, as these type of crowded events can suffocate slow songs.

The “Café de Paris” in London is actually a very intimate venue for a showcase event like this. I would say it is probably the best of the pre-party events for slower songs, because of the smaller stage and the huddled audience.
For example, I really enjoyed Finland’s “Blackbird” there last year, and also Marina Barta and Kristian Kostov did very well. With Blanche, she started off nervous, but the audience were able to encourage her on with the singing and everything worked out okay. 🙂

Martina Barta* – I’m so sorry about the typo!

Blackbird is a masterpiece in any place. 🙂

I am glad if the event is open to showcasing emotional songs too.

Croatia where are you?

Nice to see Spain and Germany , the best far away this group entrys

the danish guy and spanish couple? GOD help us

Music is art+vibs
Reply to  beart

Well, you are not obliged to go if you dont enjoy their music!

Saara won’t be there? Shocking news

She has her own headlining concert in London.

LOL. I wouldn’t say it was “headlining” just yet. Let’s see how the ticket sales go tomorrow.

Owh, ok. Then “she is headlining her own concert” might have been more accurate. 🙂
Language is so difficult, sometimes.

I’m curious to see their performance too!

Any information when will the eurovision version of Mall be released?

I believe at the end of this week (hopefully)

Y tho?
Reply to  Kyler

Most probably this weekend.