One won Melodi Grand Prix 2018 and the other won Melodifesivalen 2018. And although Alexander Rybak and Benjamin Ingrosso will compete against one another at Semi-Final 2 of the Eurovision Song Contest 2018, the pair were all smiles in an appearance on Norwegian-Swedish talkshow Skavlan on Friday night.

Skavlan – which is co-produced by Norwegian and Swedish Eurovision broadcasters NRK and SVT – has been on air since 2009. Guests are a mixture of Scandinavian stars and international celebrities.

During the appearance, the Eurovision stars put the competition aside and collaborated on a mashup of their songs “Dance You Off” and “That’s How You Write A Song”.

The mashup is short, but sweet and if the two share a stage during the preview party season it could make an appearance again.

The Skavlan hosts also used the interview to ask Rybak about his appearance on Russia’s version of Your Face Sounds Familiar. During his time on the show Rybak impersonated fellow Eurovision winners Dima Bilan and Conchita Wurst, eventually finishing as the runner-up on the third season.

Discussing Rybak’s Eurovision 2009 win, Benjamin praised “Fairytale” as a “crazy good song” and revealed that he watched the 2009 Grand Final at Carola’s house as he’s friends with her son.

They also both posted about the appearance on their Instagram pages.

Rybak took before and after screengrabs of host Fredrik Skavlan reacting to the mashup, while Benjamin shared that appearing on the show has been a big item on his “bucket list“.

You can watch their appearance through SVTPlay from 11:16 at this link.

Swedish tabloid Expressen yesterday revealed that Benjamin Ingrosso’s mother Pernialla Wahlgren will be unable to attend Eurovision in Lisbon to cheer her son on. She has a scheduled appearance that conflicts with his performance at Semi-Final 2, so will be forced to cheer him on from Sweden instead.

Alexander Rybak meanwhile has shared his desire to meet Salvador Sobral and perform with him, describing his desire to play violin while Salvador sing as his “big wish” for Portugal. Interview: Ireland’s Head of Delegation hopes to keep new selection process and has no plans to quit 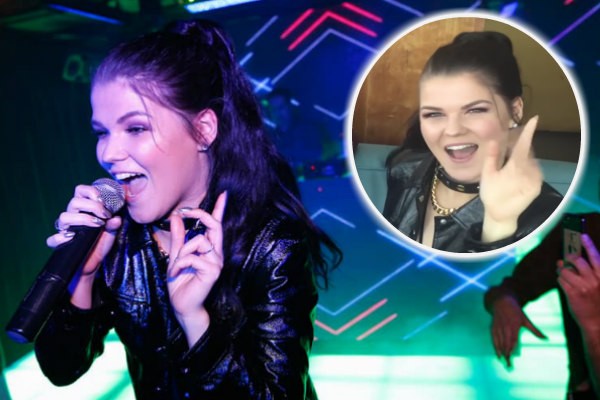 Saara Aalto on her Monsters performance: “I’m going to change everything”

OMG this is so good. It is like jammin in a pub so natural. I prefer this type of musical encounters any day to any pop song. Playing instruments and reading the tune.

So much negativity about Sweden. If the song came from any other country the attitude among the fans would’ve been completely different. It will qualify and be placed highly and, in my opinion, rightfully so

Dear Alexander rybak, please don’t send this, stop this song or stop singing all together. Your song is so cringy, oh is like anything bad from swagger poor pop music

both will qualify and place in the top10.

For what it’s worth, the interview is now up on YouTube with English-language subtitles. https://www.youtube.com/watch?v=NMJGnzG_YMc

Benjamin was only 11 when Alexander won with Fairytale.

I feel so old.

Two sweet boys no doubt about it; but both their songs suck… big time

Your’e so right.
If there is a justice both of them will stay in the semi.

oh they are both adorable:)) Benji and Alex…*swoon*
now we need Melovin&Alekseev&Mikolas make a SlavicLove thing::))

See, that’s nice. I like watching the competitors meet and become friendly. Always one of my favorite parts of the pre-show period and a nice emphasis on how it’s a friendly competition.