Unfortunately, today came the sad news that Eurovision legend Katie Boyle has passed away at her home, at the age of 91. The news was published on Twitter by her agent, June Ford-Crush, and in a press release.

“I am very sad to announce the death of Katie Boyle (Lady Saunders) who I was proud to represent in the latter days of her working career, and counted as a friend. The Italian born actress, TV personality, agony aunt, games show panelist and dog lover, died peacefully at home.”

Born in Italy, to Italian and English parents, Katie began career as a model for Vogue. She later moved in to TV, working as an actress and TV personality.

She fronted shows such as the Ivor Novello Awards, also hosting her long-running radio programme Katie and Friends on BBC Radio 2. She was also a regular guest on panel game shows, including What’s My Line? and Juke Box Jury.

Katie was also known as an agony aunt for TV Times Magazine, and for writing a weekly column on fashion and beauty in Sunday Graphic.

Eurovision fans will know her best though for hosting four spectacular Eurovision shows. Perhaps her most memorable moment is likely the 1974 contest. Katie presented the show in a stunning pink outfit — famously, with nothing underneath, thanks to the lighting causing issues. Thankfully her wardrobe did not malfunction further, and she went on to help crown ABBA the winners.

Katie would also be a guest at the 1998 contest, where Guildo Horn “danced” over to her mid-performance.

Katie would become Lady Saunders through her marriage to theatre impresario Sir Peter Saunders. Throughout her life, she was also a staunch supporter of the Battersea Dogs Home.

All the wiwibloggs team offer their deepest condolences to her family and friends. 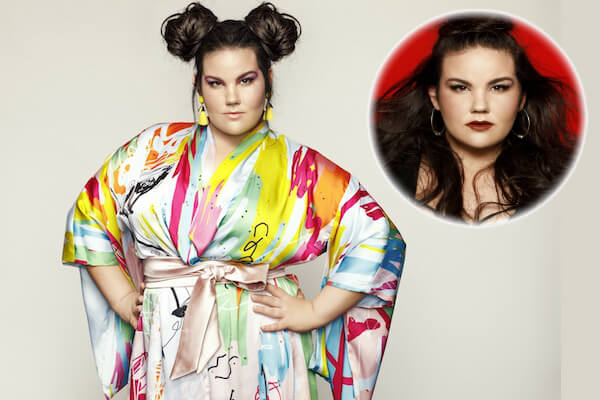 EXCLUSIVE: Israel’s Netta Barzilai tells us “Toy” is the awakening of female power and social justice “We are all a strong, strong family” — Bulgaria’s Equinox give first interview about “Bones” What a personality! RIP, Katie Boyle!

I remember as teenager listening to her on Pop Over Europe on my little transistor radio in my bedroom and later my student flat. I would never have believed in 70’s that one day I would visit those soviet block countries then restricted to western Europeans, let alone that they would take part in Eurovision one day. Katie Boyle was a gracious, talented lady who promoted an internationalist image of the UK. We could do with someone like that now. God take you in his arms.

I met her at the UK Eurovision Convention in 1988, she was was hugely impressive and honest and admitted how angry she was when Cliff Richard lost by one point in 1968. She told me how much she loved doing “Pop Over Europe.” Now she and it are gone.

It was visible that she was angry! She was an amazing host all the time and the first ESC host to be seen in colour! I remember how she voted herself off during ESC UK edition of “The Weakest Link”.

A real legend and supporter of Eurovision. She had some terrific tales to tell about the contest during its golden era.

The best host Eurovision ever had. Her charisma was huge and she was such a lovely Lady. <3

Rip to one of Eurovision’s icons and one of Britain’s best presenters in history. Condolences to all her friends and family.

RIP Katie Boyle. Condolences to all her friends and family….