From Paul Seling & Ovi to Chanée & Tomas N’Evergreen to Ell & Nikki, duos have the power to become fast fan favourites — and to climb that Eurovision scoreboard. This year eight duos will shine bright on the Eurovision Song Contest stage. Besides having a great song, they’ll need to preserve harmony — both in terms of the music and in terms of staging and presence. It’s never cute if one person hogs the spotlight.

This year’s duos hail from France, FYR Macedonia, Italy, Poland, San Marino, Spain and Switzerland. Sometimes both halves of the act sing; sometimes one sings while the other strums or works the turntables. We classify them all as duos here, because they themselves classify themselves as duos for Eurovision.

Below you can review each of this year’s duos. Then vote in our poll. You can vote for as many acts as you’d like, but you can only vote once. So make it count. We’ll close the poll just before rehearsals start in Lisbon at the end of April.

Inspired by the story of a child born on board an SOS Mediterranean rescue boat, they’re telling a harrowing and humanitarian story while accompanied by modern electro production. He plays the guitar while she sings. And both stay true to their all-black, super chic styling to let the music stand out. They’re among the favourites in our ongoing poll for Best Automatic Qualifier.

For the second year in a row FYR Macedonia brings a modern, contemporary track that wouldn’t sound out of place on radios around the world. Part Bob Marley, part David Guetta, their song is an earworm of the first order and a novel hybrid we’ve not yet seen on the Eurovision stage.

They namecheck sites of terror attacks from recent years, discussing how humans hurt and heal. It might sound dark in description, but the song has a warm, tender quality that comes with the unique, boho flair of its two singers.

Aiming for inspiration and fun, this duo want to light up your life with a dance track that’s all about happiness and joy. Working across Poland and Sweden, they’re an example of cross-cultural exchange in action.

SAN MARINO: JESSIKA FEAT JENIFER BRENING – “WHO WE ARE”

They didn’t enter the 1 in 360 competition as a duo. But after a series of winding, confusing and controversial turns, here we are. Rap interludes are frequently jarring, but perhaps Jessika and Jenie B can make it work.

All of Spain was taken by their real-life love story. And now Alfred & Amaia — aka Almaia — are poised to share their intense feelings with Europe. Their touching ballad is at once old school yet somehow fresh. Their sincere emotions make this feel so special and restore our faith in love once more.

They’re a brother and sister duo who are done with bullies. Their song encourages everyone to live their life on their own terms — and they do so with a gritty pop-rock sound.

Click HERE if you have trouble viewing the poll. 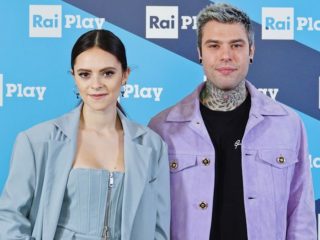 I really love Spain, France and Italy, but my favourite by far is Spain, so I will vote for those two <3

Great duos this year! My favourites are France and Italy.

Spain. My favourite by far.
In 2th place France

The winners of Eurovision 2018: Ermal Meta and Fabrizio Moro.

GUYS LETS FACE IT ON THIS POOL 12 POINTS ARE FOR.

I like them all but Macedonia is my absolute favourite!! Hopefully they’ll come up with an amazing live performance and get trough the 1st semi 😉 much love from Portugal

Only France. The rest are meh.

Difficult choice.
France and Italy.
Macedonia is a trio right? i would vote for them if they were a duo.

The singer and the guitarist have worked together for a decade. The drummer is decidedly more recent … and in Eurovision staging, decidedly more optional. They bill themselves as a duo.

Poland, Macedonia (though I’m not sure are those duets?) and Spain.

The only true duets thus far are Spain, Italy and San Marino.

Spain and Italy are the best (singing duet) i with the most meaningful lyrics in the contest in my own opinion. I voted for Spain AND Italy in the poll.

Am i correct in saying Basti is joining Jessika and Jenifer for San Marino. If this is the case this make them a trio not a duo.

Italian duo gets my vote!! I also like French duo.

I literally love all the duos this year help

Italy get my vote in this poll, just pipping France.

Yeah, they “won” because Azerbaijan used their vast resources to cheat victory. Why does nobody ever recognize this simple truth?

Their “victory” should be stripped from the records, like Tour De France did with Lance Armstrong.

I surely have mentioned it at least a thousand times, so I’m sorry if it’s gotten old – I will never get over it! https://www.youtube.com/watch?v=Oea2XGsIbvI

I think there weren’t any “winner material” songs in 2011. That’s why the results looked so random. And why the points spreaded to all countries. In the end, I liked Azerbaijan’s winning song. But the cheating scandal is there so.

I love Italy, Macedonia and France. All three of them belong to my top 10.

ITALY! It’s actually my 3rd this year and in my opinion a hundred times better than Occidentalis Karma.

Switzerland, Poland and France are the only bearable ones. Spain and Italy are the worst acts overall this year.

Oh, I thought you’d already given that honor to Czechia?

Italy is behind Macedonia. Quick, someone take a picture!

And that’s how it’s supposed to be! 🙂

SPAIN FAR FAR AWAY THE BEST DUET AND BEST SONG THIS YEAR, NO DOUBT

they also said that spain right now is in the lead, but there is a technical issue so you can’t see them, it should be fixed soon

France by a mile… I also like Switzerland a lot…

Stephanie
Reply to  up!

Same here. Madame Monsieur was my favorite from the start when their snippet for Destination Eurovision was revealed, and I really like what Zibbz brings to the party as well

macedonia by far from the UK

When the poll FINALLY works properly it will be :-

Rezo :- When you click on “HERE” SPAIN and SERBIA are missing from the line up!!!!!

Rezo :- Spain will probably win this poll but the Spain results are not showing??

Where are the Editors when you need them. Null and void poll!!

I can’t see Spain in any of the 2 polls.

I voted for Alfred and Amaia, but their results are not shown!

Only two of these duos sing together, well three if you count San Marino in (eye roll). So out of these duos I would choose Spain, cause their voices blend together nicely. Italy’s Ermal & Fabrizio sounds like they are compete with one another for their 2 minutes of glory. Having said that, songwise I would choose France, their song is the best of the bunch hands down.

Owh. It looks like Spain has been deleted from the poll results! Oops.

The only traditional vocal duets this year are from Spain and Italy. (Serbia is technically a trio, San Marino is a rap feature and Poland and co. only have one melody.) So, Spain and Italy.

At least the Spaniards haven’t noticed the poll yet. They’re in their rightful place at the moment with zero votes.

they said that spain right now is in the lead, but there is a technical issue so you can’t see them, it should be fixed soon

Italy, definitely. I don’t like Spain’s hype because all they have is their puppy love chemistry.

I’ll vote these lovebirds for you my darling. 😛

Italy, San Marino and Spain is real duo in contest, others is female or man sing, and otrer member play music instrument.Macedonia is group of 3 people see music video, same happen with Switzerland