Swiss legend Lys Assia, the first-ever winner of the Eurovision Song Contest, has passed away aged 94.

She won over Europe at the inaugural contest in 1956 with her French-language song “Refrain”, which explored love, loss and the memory of what was. Today, as friends, family and Eurovision fans mourn her loss, the themes of her song— melancholy and remembrance — come into sharper focus.

The days are gone and we have grown
Love hurt us, time healed us
But only and without spring
I run in vain, in the woods, the fields
Telling me to remember you, our love of another time

Born Rosa Mina Schärer on March 3, 1924, she was the youngest of twelve siblings. She took ballet and attended a conservatory, landing her first recording contract while she was still a teenager.

Known for her confidence and her charm in equal measure, she later said she entered Eurovision as a curiosity. She wasn’t particularly surprised she won.

“I was the best. I also looked good,” she said. “And my song was the best, the most beautiful of them all. No rock ‘n’roll, but plain and simple: text and melody. Finished.”

That experience sparked a life-long love of Eurovision.

She returned to the contest again in 1957, placing eighth of ten acts, and in 1958, when she placed second.

Eurofans will remember her failed bid in 2012 with “C’était ma vie“, which made the Swiss final but lost out to Sinplus’ “Unbreakable”.

In Baku she told us she wasn’t amused…particularly when Sinplus didn’t qualify for the final.

In 2013 her song  “All In Your Head” didn’t get past the submission round in Switzerland. But she won over a new generation of fans by taking the risk of collaborating with a rap group.

As we wrote at the time:

Lys Assia, the first-ever winner of the Eurovision Song Contest, has dropped a hot rap number with Bernese rap group New Jack. ‘All In Your Head’ has attitude and spunk, and it’s very now. We have a feeling that the combination of old meets young, wrinkles meet porcelain skin, could see New Jack featuring Lys Assia dropping it like it’s hot at Eurovision 2013. Have a listen, and read the lyrics here.

The song encouraged us to step out of our heads, and to put the demons that lurk there to bed. It was an anthem of empowerment from a woman who continued to life her life on her terms until the very end.

As the lyrics said: “We all have of our ups and downs, all our dreams will not come true, some we love and some we lose, and it all depends on you.”

Lys, whose annual list of favourite was always a highlight of Eurovision season, never shied from being candid. Her outspoken approach was at times amusing, but it ultimately conveyed how much she grabbed life by the horns — and how she fully embraced her own emotions.

Our thoughts are with her friends and family at this difficult time.

ALL OF OUR SWITZERLAND EUROVISION NEWS HERE 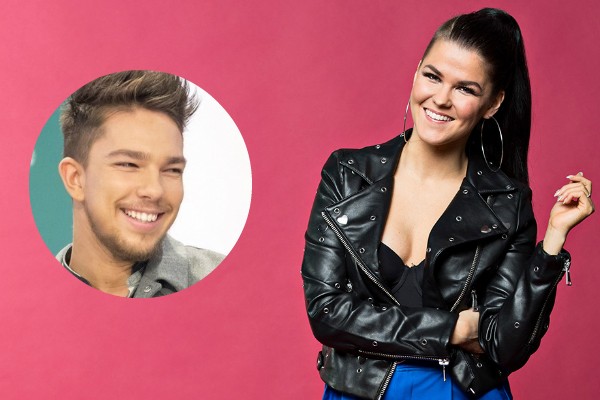 RIP Lys Assia. You were a trailblazer. I totally thought Salvador was going to go first.

It surprises me that the closest Eurovision’s ever gotten to an “In Memoriam” was the short tribute to Udo Jurgens in 2015. At this point, we’ve lost so many winners (Lys Assia, Cory Brokken, the Ingmanns, France Gall, Frida Boccara), conductors (Noel Kelehan, Ronnie Hazlehurst), composers (Serge Gainsbourg), and countless other performers that it would take a long time for one segment to cover them all. I will say that Salvador singing “Amar pelos dois” and/or “Refrain” would be a beautiful spot to do it.

She lived a long and productive life. May we all be so lucky.

ils doivent absolument rendre un grand hommage le 12 mai not the 8 or 10 !!!!This lady was so beautiful .Her life was so rich !!!!

A big loss to the Eurovision community. I loved hearing what her favourite entries were in the past few years. RIP Lys Assia.

How about awarding a Lys Assia prize ? for the best lyrics? Keep the memory alive

Such a sweet idea!

Can’t believe it! So unexpected. May she rest in peace.

it is not the original footage from her 1956 performance
https://www.youtube.com/watch?v=IyqIPvOkiRk

You do know they had no color in TVs, don’t you?

Dude, that was centuries ago..

I hope they play ‘Refrain’ in Lisbon – an interval act or something. But maybe not because I’d likely cry

R.I.P. Lys Assia, you will never be forgotten! I loved and still love you very much! 🙁

bruh i can’t deal she was living history

I was looking forward for her appearance this year!! Sad for her to miss out Portugal’s first Eurovision though.

RIP Lys Assia
A legend to be remembered 🙂

Sad news…
I thought that she would reach the 100…
The first ever winner of EuroVision is no longer with us….

I will miss her so much. She was honestly so iconic. What a fantastic ambassador for the contest. We are so lucky to have had her as our first winner. Lys had such a genuine love for Eurovision and so much pride for her victory. She had so much zest and vigor – I knew she was 94 but she was honestly one of those people that I could imagine going on forever. It certainly won’t be the same without her this year. RIP Lys

RIP Ms. Assia. Thank you for lighting the flame of Eurovision, thank you for your voice, life and charm; and for being among us.

Always loved Lys she had such a great spirit.
Loved All In Your Head, they definitely should have sent it.

Even if it’s not your style of music, don’t dismiss it because it’s rap/fun. Read the actual lyrics it’s such a powerful and inspirational meaning!

Rest In Peace, it was truly an honor seeing her on the ESC stage even though I was almost half a century away from being born when she won, that just speaks to her legacy. She’ll always be remembered <3

I’m so upset and suprised, I always thought she was somewhere there, I remembered her in Baku… and now this. I wonder if it will be mentioned during the contest in Lisbon, it would be nice.

Oh, it definitely will. I bet there will be some kind of tribute to her.

There is no meaning of saturdays when there are no national finals or any eurovision shows. I miss those days soooo muchh TT_TT

Legend. So sad She passed away, She should get a minute of silene in Lisbon, or at least it should be mentioned.

Amazing woman! A true legend! Beautiful inside and out. This world will miss this amazing woman

Ms. Lys Assia was a lady! She has led such a full life. She reconnected us to the Eurovision as it once was and that was wonderful. Thank you so much for everything Ms. Assia

Legends never die. A new chapter for ESC from now on, and hoping a good interval is to be had in Lisbon

I agree that a nice tribute in Lisbon would be appropriate.Lys Assia = a true icon.

Sad news indeed! The first ever Eurovision winner. We will always remember her. R.I.P.

Oh dear this is sad news indeed! I was looking forward to another Top 10 list from her this year. May she rest in peace 🙁

She has the soul of Eurovision. So warm, kind and loveable person. It was wrong that she didn’t get chosen in 2012. C’etait ma vie is such a beautiful ballad. ?

So sad. RIP Lys, and heartfelt condolences to her friends and family.

Katie Boyle and Lys Assia all in a week..
RIP legends!

Spot on. The two strongest links to vintage Eurovision, both gone.

So sad. The queen has been taken away from us but her legacy will never be erased from history.

Omg! Im shock!! Never cry before when esc star dead 🙁 rest in peace!! We will always love u and i hope there MUST be tribute for u in esc Lisbon. Maybe we can sing Refrain in arena!!

We gonna miss u so much!!

I hope so too!
I really wish they would talk about her
I need it and she deserves it! <3
Rest in peace, Lys 🙁

im so sad for her family. it feels like I’ve lost a close family member.

R. I. P., Lys Assia. You will be really missed. Thank you for everything you have done. A true legend indeed.

R.I.P .
First winner of Eurovision, and she love Eurovision till hear death she was guest in Eurovision 2008, 2012, before Eurovision she made her TOP list for that year.. Many winners after wining Eurovision don t like Eurovision after that and said not good thing about Eurovision ( exaple winner from Sweden 1974, winner from UK 1967 , she said that did ntlike the song, who UK people chose for Eurovision)…

I would honestly be shocked and a little angry if there wasn’t a tribute to Lys at Eurovision this year. She brought a lot to the contest and it’s community over the decades and she will always be remembered.

i’m pretty sure that we will have some kind of tribute to her.

i’d like to hear Salvador singing “Amar pelos Dois” and then start singing “Refrain”.Both songs sounds similar in style and essentially have the same theme of lost love.Besides it would be impactful since they represent the first and the last songs winning Eurovision.

Omg that’s a great idea! The sudden change of songs would hit right in the feels. Putting those together makes me feel like we’ve reached to full circle since those are really similar in style.

I really love this idea!

It wili be great that in Eurovison final in interval act , we have tribute to peope who died in last year from singer, composer, authors of lyricks, conductor like Oscar tribute for people who died in year before Oscar ceremony.

First we lose, France Gall, then Katie Boyle and now Lys, let me guess Gigoliola next, i’m really sad at the moment.
My thoughts are with her friends and family at this difficult time.

What? Gigliola is only in her late 60s, she can live another couple of decades at least. She is still looking and sounding great, as far as I know.

It is so sad to see so many Eurovision legends die recently. Lys will live on in our hearts!

I had this feeling it would happen very soon, it’s indeed very bizarre how a lot of Eurovision stars pass away the last years.

a sad week for eurovision indeed. Katie Boyle and now Lys Assia, two legends in their own rights!

Aw this truely saddens me! What an absolute icon in the Eurovision world. Thoughts are with her family and loved ones.
They may be very proud of the contribution that Lys made to European music and society with her win all those years ago. RIP

The OG. She was the first to ever win it, and one of the best. Her impact on the contest and her legacy can’t be overstated, and I’m glad she lived a long, happy life aware of the joy she brought to Eurofans around the globe.
RIP Lys Assia.