They’re the group — or “common framework” — looking to help Bulgaria finally reach the top of the Eurovision rankings. But we won’t have to wait until Lisbon to hear Equinox perform live.

This year’s London Eurovision Party will play host to their first live performance. The announcement was made on the party’s social media accounts, adding to the already bumper lineup.

And there’s more news still. Sacha Jean Baptiste is back for more. The Swedish staging supremo will put together Equinox’s performance in Lisbon.

With their debut live performance, we are so excited to welcome Bulgaria's @EquinoxBulgaria to the party! ?? They will perform 'Bones' for the first time, live to the #LEP2018 crowd! #Eurovision pic.twitter.com/lY4IrJTNq5

The Bulgarian hopefuls join 23 other acts in taking part in this year’s London contest. Since our last update on March 15, 9 more acts have been confirmed, with Equinox making that 10.

Broadcaster BNT confirmed Sacha’s return to help the country through their BNT Eurovision Twitter on March 26.

We are excited to confirm that Sacha Jean-Baptiste is the stage director behind "Bones" – the Bulgarian entry for #Eurovision. Together we hope to deliver a modern, stylish and visually appealing staging. pic.twitter.com/5qG11vpPox

BNT hopes the partnership will result in a “modern, stylish and visually appealing staging.” SJB’s appointment may help reassure concern from fans about how “Bones” will be staged in Lisbon.

There’s been more news too coming from the Bulgarian camp recently. X-Factor Bulgaria’s 2013 winner (and now Equinox member) Zhana Bergendorff has been speaking in the media about her battle with addiction.

When she won X-Factor Bulgaria Zhana became an overnight celebrity. She left behind a totally different life, including a childhood spent in orphanages. But the pressure of fame and fortune proved too much:

“After I won the show I became the name on everyone’s lips. I was totally unprepared for that. It reflected on my personal life, my family, everything. Not in a good way. Things went backwards really fast, I lost my home and ended up sleeping in my car. I even became addicted to drugs.”

Fortunately, she was strong enough to seek help and conquer her demons:

“I was honest and admitted it because I felt like I was going nowhere but down. I was in a position where I was about to give up, but in life there’s always a solution to every problem, big or small and I’m grateful I found a solution to mine.”

Are you excited to see Equinox’s performance in London? Do you think Sacha-Jean Baptiste can help Bulgaria in their quest for Eurovision victory? Let us know all your thoughts in the comments section below! 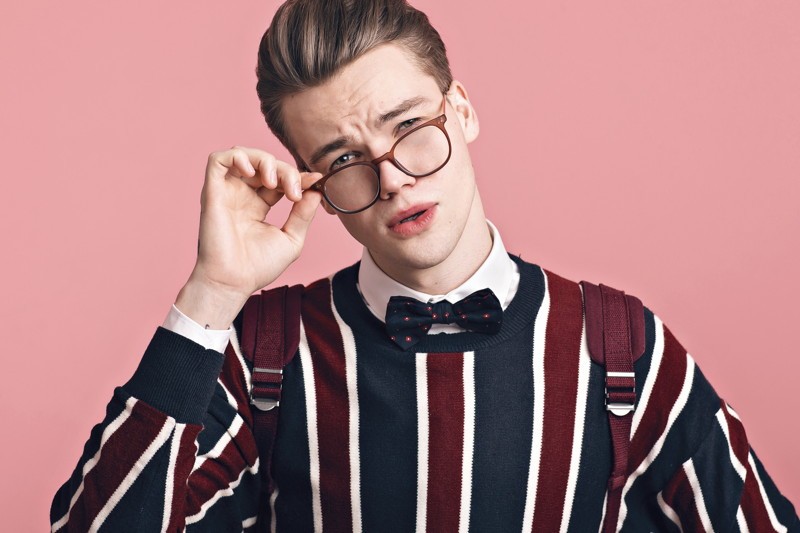 Czech Republic’s Mikolas Josef at the Riga Pre-Party: “Making a puddle” could mean peeing yourself with excitement London party is ridiculously overpriced, just checked the tickets and they are almost like the actual Eurovision! Seriously?!

Equinox might have just saved it. They are amazing and they are gonna kill it live.

Absolutely agree with you. Cant wait to hear them live.

They’re not singing about bones, they’re singing about love, compassion and transcending the physical. Read some books before you dole your wisdom out into the world !

I’m pretty sure you haven’t look at what Florence+the Machines did to their album cover.

I’ll play this at your funeral

Oh, the poor greek Athena. 🙁
Your jealous makes you aggressive and ugly like last year with your bad comments against the portuguse song.
The greek entry this year is exactly for funeral. Listen the sound is so cold and unpleasant. You can feel only cold as hell and… emptiness….
Antio!

You can tell that this song was originally written with Loreen in mind. I don’t know if I’d prefer to her her sing it or Equinox. I think if Queen Loreen entered Melfest with that song this year, we would probably have a higher result for Sweden and two former winners competing…aw well. However, this is miles better than Bulgaria’s entry last year but not quite a strong good as Poli Genova in 2016. It’s a dark and brooding song that I would consider this years “Avant Garde” entry. Every year there is one. Looking forward to the performance, which… Read more »

Bulgaria is obviously doing their best. Sasha could not have compensated for week stage presence and whiny song (Australia), dated song (Georgia) or a song and performer which not stand out enough (Armenia). I like what she did for Kristian. I will miss the LED this year… I wish Portugal was a bit more committed to ESC… Comparing Dihaj to Equinox is missing the point. Dihaj was dark and creepy, I would not have wanted a child to watch the performance. Equinox balances light and darkness, beautifully to create a universe of its own. I am sure that they understand… Read more »

@Athena Just shut up already. Nobody, but really nobody needs your hate here. I don’t know from which country you are (and honestly I don’t care), but the only this that is obvious from your comments is that: 1. You do not understand music 2. You do not listen to what the music says (both lyrics and melody) 3. You are hater in your bones and that will not change. So, now when you know what you are, use your mirror, think about how “burial” your behavior is and just move on. And for the Bulgarian song. I can say… Read more »

Indeed a singer in the shower, with a master degree in music, with concerts all over the world. But thank you! You have just proved my point that you don’t know what you are talking about and you are just hater!
And btw, did you see me saying that I agree with Eva M…
Once again, stop looking in the others garden. Look at yours and you might discover that you need professional help. Peace man!

Haha, I am speechless. Indeed, no need to waste my time on you. Cheers.

Damn son @Athena and @ESCFan… this turned ugly… and personal, when we are all here because we love a music contest based on unity and solidarity! Can’t people just respect that other’s opinions are different?! If you see a comment you don’t agree with, either challenge it civilly or don’t reply ffs

Bulgaria is bad in this year

Sacha’s work is either a hit or a miss. Personally I didn’t like what she did with Georgia, Australia and even Bulgaria last year. She was only partially involved with Armenia (background visuals were done by Armenian broadcaster while the choreography was done by another Swedish team).

I wonder if Australia will hire her again with that weird staging in 2017.

I hope Equinox make the rounds like Kristian did last year. I don’t like acts saving themselves for the show unless they have a very good reason (like Yulia or Salvador).

What’s important to remember is even if we find the staging predictable the mainstream Eurovision audience will not. Baptiste working with this kind of song is a recipe for success.

A recipe for success? I’ll believe it when i see it.

So the way to stand out on stage is to use the same director everyone uses?

And a director that’s pretty much a one-trick pony… not a good idea imo. I kinda miss when the Eurovision was all about the performance rather than the backdrop/props, think of Greece’s performances in the 00s – that was entertainment!

as you said, that belongs to the 00s, and thank god hahah

I am more into performances like France 2009 / Italy 2013 / Netherlands 2013 / Portugal 2017 however, I also adore the artistic performances that SJB brings to ESC

Oh my God! This is “soooo” original!… Who would have thought !?…

Wow she will do the staging of many countries (Cyprus, Belgium, The Netherlands, Bulgaria), I hope all the staging will be different. I hope in general that we will not have a trend like last year with so many using mirrors to show their face. For Bulgaria I’m happy because I’ll see if the voices are mixing well. Lots of fun to all who will participate. :3

OMG Will She do The Netherlands?? So happy.

I’m pretty sure both The Netherlands and Belgium are working with Hans Pannecoucke, though.

No the netherlands and belgium work with hans pannecouke

Ari The Scorpio
Reply to  Étoile

The Netherlands and Belgium don’t need her to make them unoriginal and pointless.

Gonna be frikken derk, the tumblr hunties will get their lives I guess

Equinox live! That should be the highlight of the London party!

Bulgaria strong this year as well

More of the same. Who would have thought. OMG. Not. I predict three minutes of darkness.