He recently gave his Eurovision 2018 song “Mall” the artistic treatment in his official music video.

And on Friday evening Albania’s Eugent Bushpepa proved he can serve artistry just as well live with a stunning performance of his revamped song on Top Channel’s The Voice Kids.

As in his music video, Eugent works with a talented troupe of dancers. In the opening bars we see his face — replete with his iconic bowler hat — and a series of arms that appear to be covered in glow paint, which match the many green glow sticks in the audience.

The dancers soon disperse, leaving Eugent performing with his band. And what a performance. Eugent gives the revamped studio cut extra life with his stellar voice that’s at once rocky, smokey, gravely and somehow mainstream. From low notes to borderline falsetto, he stays in tune while dropping plenty of emotion.

Albania, which has frequently struggled to translate quality entries from the FiK stage to Eurovision, seems to be on the right track here. The tasteful music video gave us hope for their vision and this performance continues the trend.

Just a few days ago Eugent revealed the videoclip of “Mall”, which captures a sense of longing and nostalgia through black-and-white imagery.

It’s unclear whether the Eurovision stage show will mirror the music video in any way, though Eugent has made it known that he will share the stage with his band and two female backing singers. He added that it’s still too early to decide 100% on the staging.

Albania will compete in Semi-Final 1 — the so-called semi-final of death — on May 8. He performs in the first half of the semi, alongside the likes of Azerbaijan, Belarus, Belgium, Bulgaria, Czech Republic, Estonia, and Israel.

What do you think of Eugent’s live performance of the “Mall” revamp? Let us know in the comments box below. 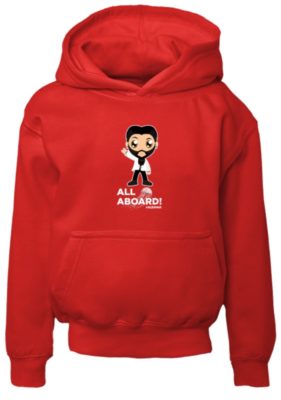 *Get our designs on coffee mugs, shirts and more POLL RESULTS: Lithuania’s Ieva Zasimauskaite impressed you most at the Eurovision PreParty Riga 2018 @William Lee Adams – When you are writing 10 facts about Eugent Bushpepa – don’t forget to mention for a fun factor his spontaneous imitation of Suus in this talk show: at 17:10 https://www.youtube.com/watch?v=o2Kkg1fOm5g

The juries are my only worry, they repeal diversity.
Last year they gave -100 to Hungary in the second semifinal, compared to the televoting score. In the final, they drag them down 10 positions and deducted more than 100 points as well. For me it’s over, cancel that horrid squad of unprofessionals.

Half of the views on this new live version are mine 😛 I knew he was amazing, but I still can’t believe his voice is real. I didn’t think there were voices like Ian Gillan’s anymore, but here we have this Albanian singer, whose voice and song have become my obsession since December. Thank you Albania for choosing him! Everyone is going to work on stagings and performances to provide that ‘wow factor’ in the semifinal, while his ‘wow factor’ is his voice alone! And he is a true musician, having written and composed his own song from the heart!… Read more »

You said it all. My thoughts and feelings put in words! Thanks.

He just slays live! Albania is so underrated this year. Watch out, Lisbon!Has been and remains in my top 3! Thanks, Wiwi for posting this!?

Best Albanian ESC song to date. He is amazing, one of the best this year.

This is the best Albanian entry since their debut. I hope he makes it to the top 5, they deserve it way more than they did in 2012.

Remove the hat and the dancers and go straight to the final! Good luck!

Yes, remove the hat, show your tattoos and everything is Perfect.

Voting for the hat and tattoos

I loved every single second of this performance! He is a true legend! He was in top 10, but after hearing this , it moved to top.

Actually his microphone didn’t work in the end.
https://youtu.be/aqifn5OpbCs

Why do you think so? Or are you worried the mic broke in the end because of his stellar voice? It looks perfectly fine to me.

I am so excited that I will be listening to him live in Lisbon on May 8th!! Love those high notes at the end, and his new style and hat, and him overall

Most likely best male vocalist this year!
Copy that to Lisbon with better camera angles and Eugent might even qualify
Albania still has a chance of qualifying!

Only if the lovers vote on 8th of May!

I wish he had competed last year just to slap those kids with their amateurish vocals. And we had quite a lot of them, hope that doesn’t repeat this year.

It can only qualify if you vote on 8th of May in Lisbon for it. Only voting counts (I don’t like that you are only allowed o vote for one of the two semifinals – this rule needs to go).

Only 4 days until his next performance in London!
It’s great that we have wiwibloggs who let us participate with their wonderful work! I can’t wait for all the stuff from London. <3

Come on, I don’t know if you have watch the whole video and the oficial videoclip, but It can’t be playback, in this performance eugent has improvised with really high pitched notes that don’t appear in the official track. Can’t we just recognize he is a stunning vocalist?

Just let them wait for the semi, fermin… that day some people are gonna learn what a stunning vocalist really is

Haha, are you in denial that he can be that good? There’s no doubt he’s singing live, cause no one sings on playback at The Voice, and also his live version has clear differences from the studio one, so please pay more attention!

LOL!
Hi is a professional singer.
You can’t find anything wrong on him.
EUROPE LOVE EUGENT !

If all the people that say they’re sorry this won’t qualify for sure, vote for him instead of making pitty assumptions, than he 100% will qualify!!
Eugent is one of my few favourites in a semi filled with trashy, totally non sense pop fan favourites ( monsters and chickens) and I’m definitely voting for him no matter the result! I also love Belgium, Estonia, Bulgaria and The Netherlands from semi 2 , and Italy, Portugal in the final
The rest is just meh…

Unfortunately, not all people can vote for him, though. What I can (and will) do, is sit through semi 1, bite my nails and hope for the best.

Same. I’m from Poland (semi 2) and I can only keep my fingers crossed for Eugent. Which is not fair, but what to do!

Such wise words! One of the most well said comment ive ever read lately. Vote for Eugent and real music will win!

I think this is the kind of song that looks best with a very simple staging that is build entirely around the singer’s charisma. So, Albania might as well save the money and let those dancers stay at home. 😉

He said in an interview that there aren’t gonna be any dancers. Only him and his band and 2 backvocalists ( No more than 6 ppl are allowed on Eurovision stage)

That’s a rule I am really glad about.

Well, I don’t like it if the backing vocalists are hidden. They do part of the job so they should be given credit (just my opinion).

I kinda hate how I know this isn’t going to qualify though, there are just too many good songs and fan favorites in the first semi final.

IMO, objectively speaking, this song is miles away in terms of quality from : Iceland, Ireland, Armenia, Azerbaijan, Croatia, Switzerland, Belarus, Cyprus, Finland and Czechia, to name some. So if people pay attention to the quality it brings and they vote for it, it will totally qualify.

If a competition is about talent which means a full PACKAGE that the squad must present like performance,good song and instrumentation,VOCALS why shouldn’t Eugent qualify? It has everything to. Be fair and vote for that full package,not for the country singers are from.If this happens Eugent must be AT LEAST part of the final.

Wow! That was really good! Although this is not the kind of music I normally listen too, this really has a wow-factor. Hope in Lisbon he will keep up this level. Great job

Oh can he please do that high note at Eurovision!!
Interestingly (it probably isn’t that interesting) he hit an A5, which is the same pitch that Elhaida Dani hit at Eurovision back in 2015. Clearly Albania love their A5s…

Yet somehow, some random chicken noises filled with gender hate is considered better than this…
The world is full of mysteries.

Mara
Reply to  Y tho?

Martina
Reply to  Y tho?

I agree so bad.

L'oiseau
Reply to  Y tho?

LOL. Have also to agree on the chicken noise.

Anita
Reply to  Y tho?

It wasn’t, there was a vid they posted of it from the audience in the arena

It was on their Instagram story. He just is that good lol

No playback! His live performances are always better than the studio versions ( The very high notes he sang live are not in the studio version at all)! Absolutely the best singer of this year’s contest and his song is a gem! I hope it will get the recognition it deserves!

I said his lip movements and the sound playing don’t match…look at the video…..I’m not commenting on vocals at all

It’s not playback, because like I said they posted an Instagram live from the audience live in the arena while the show was happening and it was the exact same (the crowd was cheering a lot too)

Read my comment man and try to understand it

I understand what you’re saying, but I don’t see where the lips and audio are not in sync, and I’ve watched it several times.

Y tho?
Reply to  Kris

Lol you will be surprised in May 😉

Kris
Reply to  Y tho?

Why he will have bad live vocals in may or what? Cause I literally said he can sing live so only way I’m surprised is if he can’t

Y tho?
Reply to  Kris

Nope, I’m talking about ur playbacky thingy. The only entry in this year’s ESC that will be sung (partially) on playback is some random chicken…