Alexander Rybak will represent Norway at this year’s Eurovision Song Contest in Lisbon with his song “That’s How You Write A Song” — an upbeat, instructional and almost tongue-in-cheek guide from the famed singer and composer. After winning Norway’s national selection Melodi Grand Prix in a landslide, the odds continue to shorten for Alexander. He’s currently sitting within the top ten to take home the winner’s trophy in Lisbon, according to the Eurovision Oddschecker.

There’s a lot we know about Alexander given his fame over the last nine years — he won Eurovision for Norway in 2009 with “Fairytale” and he’s without doubt a talented fiddler. But here are 10 more facts that you may be less familiar with.

1. HE WAS BORN IN BELARUS

Even though he’s known as one of Norway’s biggest musical exports, Alexander was actually born in Minsk, Belarus. His family emigrated to Nesodden in Norway when he was five.

Alexander proudly considers himself Norwegian, telling TV2’s Good Morning in Norway last year that, despite getting offers to represent Belarus at Eurovision, he always holds Norway as his priority:

“There’s a production company that offered me millions to represent Belarus next time in Eurovision, but I would rather do it for free for Norway.”

Which is just a fancy way of saying he plays multiple instruments. Even though we know Alexander for his famous fiddling, he also plays piano and guitar. Despite his mother being an accomplished pianist, Alexander focused on his violin from an early age.

I remember coming home in tears, because I realized I was the only one in school playing violin. That’s when my dad said: “Us humans will always be afraid of what’s different than us. But if you stay strong and believe in your difference long enough, people will start believing in it as well.” So, I guess that makes the difference. ? Write down your ideas, believe in them, and be yourself. Happy Monday. ?

Proudly wielding his whole collection of the series of young adult series Animorphs, Rybak is, without doubt, obsessed. Even though the science fantasy series was released in the late 90s, Rybak, who started reading the series when he was 11 years old, still reads the books backstage before his performances. While in North America, he even put a call-out to meet up with the series’ author, Katherine Applegate.

Let me tell you about my new passion: The ANIMORPHS book series! ??? In truth, it is an old passion. I bought my first book when I was 11, and it literally changed my life. The story is too intricate, for me to write it here, but in short it's about a group of teenagers who one day get the gift of transforming into whatever animal they touch, to fight an alien invasion. The writer, obviously knows a lot about animals, and she has such a good language that it was really fun to pick up this children's collection even now, at the age of 30. It seems I even miss some books, so I surely haven't read all of them. I strongly recommend this series, and I know that many hours of reading awaits me.? Hopefully I'll find inspiration to write new books myself. #animorphs #Trolle

4. YOU CAN ADD ‘AUTHOR’ TO HIS LIST OF TALENTS

In 2015, Alexander released the children’s book Trolle og den Magiske Fela (Trolle and the Magic Fiddle). Based on his own childhood experiences and observations, the book is about a bullied troll whose life changes after finding a magical fiddle. He also composed music for Trolle, which is sold in companion with the book. Trolle was a success in Norway, and has since been translated to Danish.

5. HE LOVES FIFA SO MUCH, HE WROTE A SONG ABOUT IT

We get it. He’s a man of many passions. An avid gamer, LEGO enthusiast, and FC Bayern Munich supporter — Alexander has not shied away from his affection for the world’s most popular video game. Last year, he reworked Peggy Lee’s classic song “Fever” into a tribute song for FIFA — complete with its own video clip. Alexander hands over his joystick to two women in the clip, sharing his FIFA love.

6. HE SLAYED ON THE RUSSIAN VERSION OF ‘YOUR FACE SOUNDS FAMILIAR’

The “Fairytale” singer appeared on the third series of Odín v odín!, the Russian version of Your Face Sounds Familiar. Rybak proved himself to be a master of disguise, delivering show-stopping performances as both iconic male and female singers, including Eurovision winners Dima Bilan and Conhita Wurst.

7. HE DEALT WITH HIS STALKER…BY WRITING A SONG ABOUT HER

In his 2012 song “Leave Me Alone”, Alexander addresses his real-life stalker — an obsessive fan from Israel who had sent him 600 emails and asked to marry him. The saga caused him to change his phone number constantly as she would call him on every new number, and he was forced to stay with friends whenever he returned to Oslo, as she knew where he lived.

At the time of promoting “Leave Me Alone”, he said of his stalker:

“I have to give her credit for her hard work in finding me wherever I am. I am a lucky man to even experience this, it’s something you normally only see in a movie. I got so inspired, that I had to write a song about it.”

Who needs the police when you can write a song?

8. HE HAS SUBMITTED EUROVISION ENTRIES TO BELARUS AND MALTA

“Every year, I meet the Belarussian delegation and they keep saying, ‘Sasha, please, write us a song. What do we need to do to win in Eurovision?’ And so I wrote a song, spent so much time, so much money. I found some unique and talented girls and I wrote a song about pure and authentic Belarus, how I see it. And then the jury failed it.”

Rybak also worked with Franklin Calleja in the Maltese national selection in 2015, which ultimately placed fifth behind eventual winner Amber with “Warrior”. Franklin went on to enter the Sammarinese national final, 1 in 360, this year.

9. HE TURNED DOWN OPRAH WINFREY AND A TURN AS ‘THE BACHELOR’

After his Eurovision win in 2009, Rybak told Norwegian magazine Her og Nå that he turned down some big opportunities in his career. He says that he turned down a guest performance on The Oprah Winfrey Show, one of the United States’ highest rated daytime programmes, due to scheduling conflicts.

And despite being offered 8 million krone to be the bachelor for Ukraine’s celebrity version of The Bachelor, he had to reject the opportunity as he was in a relationship at the time.

Someone give the man a Coke.

If I only had a dollar? ? #thirsty

What do you think of Alexander’s entry, “That’s How You Write A Song”? Will he have another fairytale win at Eurovision in Lisbon? Let us know what you think in the comment section below. 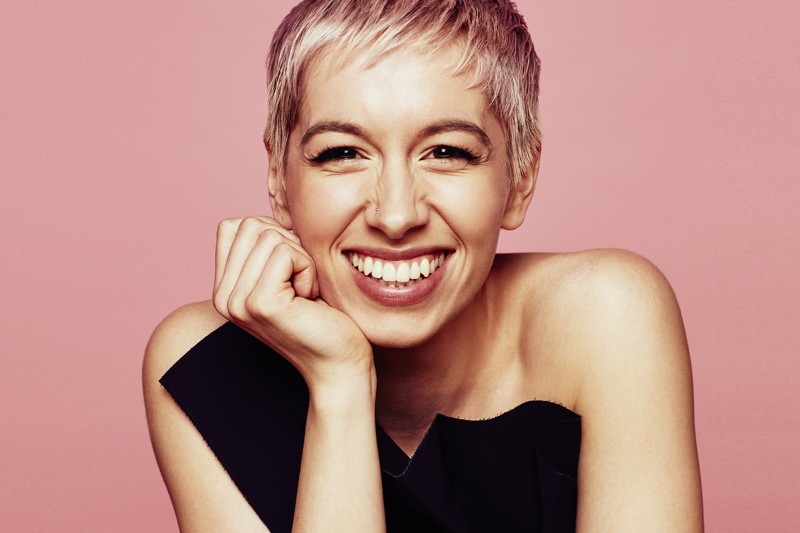 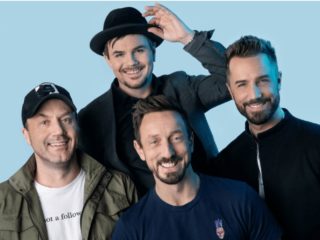 It’s a fair enough song and he is very good but even ambition should have a limit. Winning Eurovision once should be a great enough of a reward for a great star such as him and earned him a lot of success which he so rightfully deserved. But as I said, there’s a limit. Each singer with a dream deserves a chance and there are too many in a world with a thief for a time.

He seems like a nice guy. But I hate this year’s song.

He also wrote song about Finland. Song name is Suomi which means Finland.

This song was his first album right after his esc victory.

I love his song!

I love the song! The very first time I heard it I wasn’t sure about it, was not what I expected. By the third time I heard it I was hooked and when I saw his stage performance I was more than convinced! He is so charismatic and his great talent makes the song the whole package. I think his spirit and the joy of the music makes it a winner!

Haha imagine Belarus winning that would be a shocker

Yeah.. absolutely. But just because of the Entry from Belarus and nothing else

I like his Dima Bilan impression. It’s as if he is making fun of him but not offensively.

I have been a fan of Alexander since November 2009, when I heard this song for the first time. ( https://www.youtube.com/watch?v=rFvNHRekfL8 ) I may be biased since I am a fan, but I really like his song this year. People say it’s not Fairytale, but then he didn’t want to write another Fairytale. That song is a classic. He didn’t write a music tutorial either. THYWAS is about believing in your and others talents and abilities and encouraging them. It just so happens that his talents are musical, hence the title, and ‘That’s How You Kick A Football’ or That’s… Read more »

Thank you Wiwibloggs. Good research 🙂
I love the song and though opinions are divided, I have no doubt, it will bring sparkle and joy to Eurovision this year and do well in the contest.
Alexander will never stop surprising his audience as the true multitalented artist, he is. He’s truly one of a kind 🙂 And a very kind person too.

I can’t help but wonder how he hasn’t changed at all… like 9 years man, 9 YEARS. Time doesn’t affect him at all. The only thing that got older is the violin. Looking at him is like looking back at 2009 and that itself makes ME feel old.

I’m impressed by the fact no.10, gotta research more.

Very catch riff which stays in the brain but the winner? Don’t think so.

I LOVE NORWAY BUT THIS REPLICLA OF ALEXANDER WITH THE VIOLIN DOES NOT ENTHUSIAS ME TO MUCH.
MUSIC IS GOOD BUL THE WHOLE THING LOOKS MORE OF THE SAME.
IN ANY CASE GOOD LUCK NORWAY

These articles are excellent.

Find some joy in your life

Say what you will, I love it. It’s fun, simple, and upbeat. It’s not as vapid as Europop can be nor is it sophisticated. It’s just good, clean fun, and it’s performed very well.

You mean Sesam Stasjon? He is Norwegian, after all.

Also, comparing it to Sesame Street is a compliment. When’s the last time you heard a Sesame Street song? They actually have a great songwriting team. Check this out:
https://www.youtube.com/watch?v=kIq8jLj5TzU

Thank you for this article, Sebastian. 🙂
Alexander Rybak is one of my favourite artists that has ever been at the ESC, and he will always have a place in my heart. His comeback to ESC this year is honestly a surprise – I don’t think he needs to be back (professionally), but it will be amazing to see and hear him again.

I feel the same! When I heard about his comeback, I was like: “Nooo, you’ll ruin your legend!” on one hand and “Yesss, the king is back!” on another 😀

I like him a lot, he is nice charming fella and very talented artist, but his entry is dreadfull ..sorry

Great man, but I can’t get behind this song.