They’re the metal-core boys who conquered the Hungarian public with their post-hardcore banger “Viszlát Nyár”, and they’re set to bring the roof down at the Amsterdam and Madrid pre-parties. And this week lead vocalist Örs Siklósi and bassist Soma Schiszler gave a long interview to Hungarian website shortscore.net where they revealed some new details about their performance on the Eurovision stage. We’ve had a read in Hungarian and can now share the highlights with you below.

Soma says that their number wasn’t written specifically for the contest or A Dal, and that it just happened they had finished it right before the submission deadline. It was their only option to submit to the Hungarian selection. Örs considers the song choice lucky because they didn’t seek to meet anyone’s expectations, only their own. They put it together from start to finish so that it would appeal to them, as they would do with any song.

Örs says that Eurovision’s six-person rule has complicated their preparations for Lisbon.

“The situation is that there can be a maximum of six people on the Eurovision stage, and we had four backing vocalists in A Dal, so we already had nine people on stage.”

“As it is obvious, we can only bring one backing vocalist with us to Lisbon, so the rest of the backing vocals will be sung by the guys themselves. According to the rules, we won’t be playing our instruments live, as it can’t be processed otherwise in such a huge show, but the vocals are essential so Soma, Brucki and Roni will do backing vocals as well — and of them Soma and Roni have never sung before. So we are facing some intense rehearsals, but already when we first tried this format, it turned out to be insanely good. They CAN sing, which has surprised me the most!”

“The vocal lines will remain the same, but the ‘choir’ will be more masculine. Also, I think it’ll sound really cool that the last chorus is sung by the guys, it’ll sound more energetic!”

Finally, they were asked if there was any concept behind drummer Roni wearing his signature shorts.

Soma explained: “He wears them to our own gigs as well, so it wasn’t picked just for A Dal. Like, Örs always performs barefoot at our concerts, not just in A Dal. That was our main conception, that despite the fact that we’re taking part in the show, we’re the same band, so we wear the same stuff as at our shows. Why would Örs wear shoes, if he never does at our gigs? Also, in the final Roni didn’t wear his shorts only because he forgot them at home.”

Örs added that at first they thought that people will be embarrassed by Roni’s look, but producers themselves were like “Dude, you’re gonna wear them onstage!”

Are you excited to hear “Viszlát Nyár” sung by the boys themselves? Are you looking forward to Roni smashing the drums at the pre-parties in his bathing shorts? Let us know in the comments below! 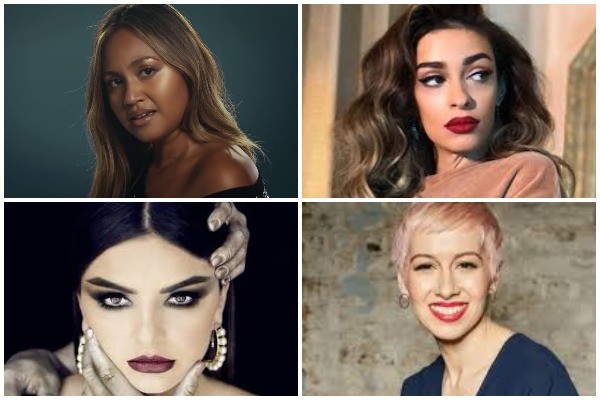 Poll: Which 2018 Eurovision song from the Commonwealth of Nations is the best? Woooooo! Have a blast boys! <3

I want to hear the boys sing. IT is a shame that they will not perform live.

I’m sure they are going to qualify and achieve a good result in the final. They just simply outstand and they are full of energy.

I remember once they asked the singer (Örs) why he performs in barefoot. He just replied that perhaps he is the Hungarian Emelie De Forest. 😀

One step closer towards the Eurovision victory then. All the signs are coming! ^_^

It’s good for me, as a person who have rooted for them since they first set foot in A Dal, to know that they really have prepared for the performance in Eurovision. Also, since my country (Sweden) is competing in the same semi, that means I can (and will) vote for AWS.
If there’s another reason to like them, they’re really dedicated to their fans. They have shared youtubers’ reaction videos to their entry, they even sent a recorded video message to me, thanking me for supporting them.

oh my I should support them on my media as well! I’d love a personal recorded message coming my way from these guys to thank me too <3

Funny thing is that the only thing which I kinda don’t like in this song are those female vocals in the end.. they are beautiful partially, but somehow seems separate and different from the whole ”story”, don’t fit to the atmosphere of the song, so I’m really looking forward to this change! Go, AWS <3

same here! the female vocals seem off to me.

I like them, would be pleased if they made the final. Hungary has only failed to qualify twice, and they’ve made it every year since they came back, so I hope this doesn’t end their lucky streak.
It’s amazing how this isn’t my or many other Eurofans’ kind of music but everyone has taken to it.

They should all wear shorts! If Hungary ever had a winner, it’s AWS!

Eve
Reply to  The Scorpio

That would be AWSome, don’t know if it is possible, but only thinking about that puts a smile on my face 😀 I’ll vote for them for sure!

I want them to get to the final very badly! Hungary and Armenia are my faves for different yet similar reasons, and I really like AWS’ energy.

Ahhhhh I love them so much

I wish them the best of luck! My country isn’t in Eurovision so I can’t vote, but I’ll buy their music to support them instead!

I love you, AWS!!! I hope you get into final and slay!

That’s why groups and bands rarely participate in Eurovision, they can’t play their instruments live plus the have to sacrifice some of their memebers to get backing vocalists. I think the number of people should be increased to 10 or so. It really hurts bands and songs with a choir. I expect Austria to struggle this year with this, there’s the final part where Cesar does high notes while the backing has to do the main part of the chorus and also the choir like part singing “ain’t nobody”. I guess it’ll be 3 choir guys and 2 doing the… Read more »

Maybe 8 on stage not 10 or more.Because some countries have money for not 6 ,but only for 1 singer, without backing vocalist

I’m rooting for them!
If the odds prefer a kimono hen instead of quality like this, so be it – but these guys are charming and will definitely be present on the 12th ?

“kimono hen” ? Also yeah the odds really love underestimating this for an odd reason. Last I saw Hungarian chances was like 13th on the same odds calculation site people gauge the winner bets from. And that’s rather sad, really.

Sorry that wasn’t meant to come out as a question mark, more like an “xD”