After a passport issue kept him from attending earlier events in the 2018 pre-party season, Albania’s Eugent Bushpepa was one of the artists that fans were most eager to see live. And finally last night he unleashed his powerful rock vocals on stage as he performed “Mall” at AFAS Live in Amsterdam as part of Eurovision in Concert 2018.

Before the concert, Eugent talked to wiwibloggs’ William Lee Adams and discussed the message behind his song.

He revealed that “Mall” had not been written specifically as a Festivali i Këngës entry. He had intended it as a track for his first album. But once the song won FiK56, he was faced with the challenge of trimming the song down to thee minutes but still keeping the emotion. One big change was toning down the first chorus, so it wasn’t hitting listeners too early.

The Albanian rocker also revealed that he doesn’t normally appear in music videos. He’s happiest performing live on stage, but was convinced to appear in the music video for “Mall”.

He also gave a few hints to the staging for Lisbon. With a limit of six performers, there’s no room for the sort of dancers seen in his recent performance on The Voice Kids Albania. Eugent will be joined by two backing vocalists and members of his band to keep the rock performance vibe.

Bushpepa also explained the meaning behind “Mall”, and the personal situation that inspired the lyrics. He also provided a translation of the emotional chorus, to help express the meaning of the song.

And Eugent had some kind words for wiwibloggs. He said, “I would like to thank you because of the work you are doing to promote all the artists.” Eugent, it’s a pleasure!

Eugent Bushpepa later took to the Eurovision in Concert in stage for the first pre-party performance of his Eurovision entry, “Mall”.

He revealed himself to be a confident performer and effortlessly delivered the soaring vocals of “Mall”. Even though the lyrics were in Albanian, the emotion was clear.

Bushpepa especially impressed the crowd with his high notes, serving them loud and clear and perfectly picking up the emotion of the song.

Fans were shooketh by the performance, and Twitter was soon full of tweets of praise.

DavidC516 compared the big notes in “Mall” to Kaliopi’s iconic vocals from “Crno i belo”.

While Escita99 could imagine no other outcome than Bushpepa taking all 10 qualifying spots in his semi-final.

What did you think of Eugent Bushpepa’s live performance of “Mall”? Will Albania qualify for the grand final? Share your thoughts below! 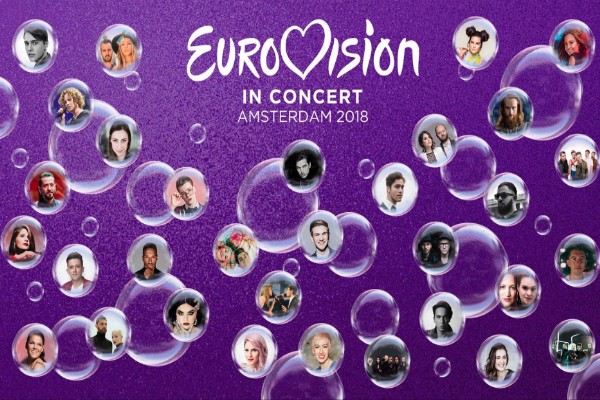 Poll: Who gave the best live performance at Eurovision In Concert 2018?

Such a nice guy! So humble, and also it was nice to notice that his english is on point! Thank you William for the interview!

I don’t have to give any explanation to you about what I do or don’t do. Stop looking for my comments, get a life instead!

If this song can stand out from like over 30 songs last night. Then it has a large chance of it standing out in the semis with fewer songs.

I hope he gets through! He’s a powerhouse, but he really needs votes that night.

So apparently Albania came to play as well. Semi 1 is freaking Hunger Games. May the odds be ever in your favor.

Whist I respect him as an artist, I like Hungary more so I don’t want to have other rock entry to the final. Therefore, I would not give my vote to Eugent even though I do like the song. Sorry…

Vote for both
Reply to  Tactical vote

And if fans of Eugent do the same as you, then we’ll have 0 rock songs in the final.

Roy Moreno
Reply to  Vote for both

Well, if Albania doesn’t qualify, Hungary’s fans will know about it and vote for AWS 😛

Best male voice, great song, amazing stage presence, emotional and passionate delivery and charming personality – Europe, you must get him to the final!

I’m in love. Eugent, the world is yours.

Why so underrated? It hurts.

One of my favorites (if not the favorite). so happy I am coming to the 1st semi to watch him live(though it’s a pity I would not be able to vote for him from the arena). But he should be inthe final and then I will support with full force

Wow!!
What vocals….what a singer!!
This is pure class and should make the final on merit
We’ve heard it all before but what a nightmare semi final 1 is!
Baring Iceland, sorry Iceland, any of the remaining 18 entries could qualify for the final
We will lose 8 songs that, in my oponion, would qualify from semi-final 2
Hand on to your hats ….there will be “shocks”

Europe, are you listening? This song, this voice, this artist DESERVE TO GO TO THE FINAL! Thank God, my country is in the same semi-final as Albania and I will be able to vote for him. Thank you Eugent, thank you Albania.

P.S. I am in shock with regard to the low quality of comments, the ferocity, the aggression, the obnoxiousness, the malice, and the poisonous humiliation of countries by members of other countries during this year’s pre-Eurovision period. It’s very sad but, at the same time, indicative of what happens in Europe nowadays.

Couldn’t agree more with every single word you said. Europe,he deserves to be voted!!!!!

HE IS TRULY AMAZING! This should qualify as its not a cliche Eurovision song. Go Eugent

My 7th favourite this year, even ahead of my 1st rank of SF2 (Denmark). And no one is worried about his live delivery. He’ll probably be eliminated in SF1… and I still don’t know if I’d vote for someone in SF2. Sad.

My favorite performer on this Eurovision and a song that landed comfortably on my top 3. Please cast a vote for me if you can do it on the first semifinal!

The better version of Bon Jovi….what a voice!

Great performance, indeed! I was quite impressed! He has to qulify!

My actual no.1. Wow. He was good, wasn’t he? When is everyone else going to catch on?

(Three times in fours years, Albania has been my pre-show no.1. Hasn’t worked out that well for them I’m afraid!)

in albanian as well, i think this could do well

I want him in the final so badly!

Underrated song. In my top 10 for sure. If Eurovision wasn’t first past the post, he would get some of my support.

He is the biggest grower live for me… I had Mall as my #13 but now he’s gone straight up to my #4 and I am sure as hell gonna vote for him in the semi. What a voice!