Israel’s Netta came out on top during the first of Germany’s Songcheck shows and Eleni Foureira from Cyprus managed to win the second show on Wednesday. In tonight’s show, the countries from the first half of the second semi-final as well as France were ranked by the German viewers and experts. Madame Monsieur from France received the highest score from both viewers and the two hosts, making it a clean sweep for them ce soir.

The songcheck has taken place every year since Lena’s triumph with “Satellite” at the 2010 contest. Hosted by Alina Stiegler and Stefan Spiegel, the pair discuss the entries with a panel of experts, and also bring in comments from readers and viewers.

The 2018 programme marks the first time where the expert panel includes new personalities. Along with the usual faces such as Germany’s commentator Peter Urban and radio host Thomas Mohr, we also heard from Levina, drag queen Olivia Jones and our very own William Lee Adams and Deban Aderemi.

Compared to the previous songchecks, the ratings were a lot lower. Nevertheless, Madame Monsieur topped the show with a massive score of 9.8, well ahead of Jessica Mauboy from Australia in second place (7.5). Alexander Rybak from Norway (7.0) completes the top 3. 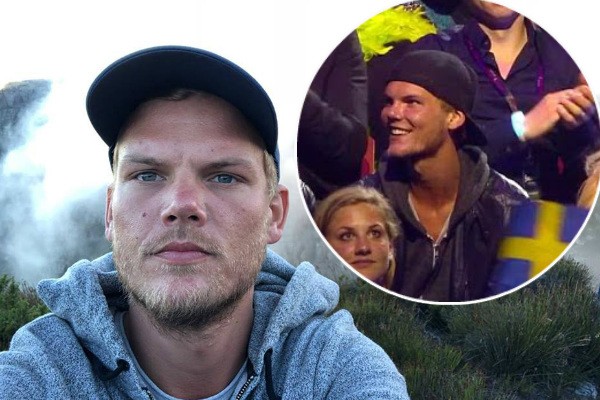 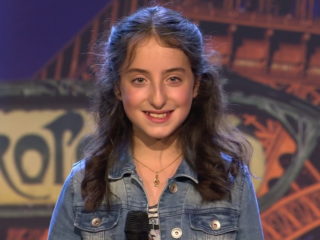 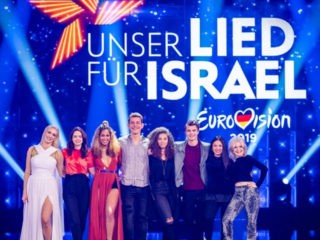 Sorry, Laura this wasn’t supposed to be an answer to you.

Because they did not deserve to go to Eurovision with that song. Nothing against the band, but Feli was soo much better.

You are right Eurovision18, merci for the correction. My french is as bad as the majority of the Saturday night viewers.

I wonder if Madame Monsieur will sing part of the song in English now that they are getting momentum with bookmakers. It will be the only way to avoid a Patricia Kaas moment….

It looks more and more like a three horce race between Israel-Bulgaria and France. And to be honest, I would not mind either of them winning, but France would be the most deserving winner. It is a masterpiece.

BTW- it is not meant to upset anyone, but I am really surprised with the audience rating given the rising anti-immigrant/anti-refugee sentiment in Germany that put AfD in the parliament.

Err… have you heard something called sampling? Google it please…

If what you said was true, Australia (4th in bookies) should have come on top instead of France (6th in bookies)

Voters on these types of shows are never a fair cross section of society (like the USC) They trend towards being younger and more liberal than the average….so it’s hardly surprising that right wingers don’t show up in them

France is the least deserving out of these 3
Should be either Israel or Bulgaria
Wouldn’t mind Portugal, Hungary, Finland or Estonia winning as well

When people will understand that the French song says “Thank you Mercy” and not “Thank you Thank you” or “Mercy Mercy” … Before criticizing, try at least to understand the meaning of the words …

Wiwibloggs promotes the German song check because they are part of the show which I would do too as a website:-) I don’t really get the hype around France, the song in the last minute is so repetitive that it’s almost a joke. People at home who don’t speak French will think they are singing “please” instead of about a girl’s name. The staging will not enable them to bring the message across through LED screens and let’s face it, this song is no Portugal 2017 where people didn’t care about the fact that they couldn’t understand what he was… Read more »

Exactly!
France is going down, everyone will see it in May

^Another one to delete.

You just made the people at home appear ignorant then

what is the purpose of this tv show coverage?
it does not bring anything fresh to the table

Why is everyone hating on Romania so much? I really like that song…

Because they did not deserve to go to Eurovision with that song. Nothing against the band, but Feli was soo much better.

Dear Wiwibloggs, I am waiting for your article about the second show of Norway‘s „Adresse Lisboa“ – which was won by Austria’s Cesár Sampson.
I am sure the article will follow soon as you also reported about Saara Aalto‘s win of the first episode. (“Finally she she wins something“. BTW in total scores Saara is now behind Cesár again)

norway being rated so high by professionals is totally sick and disgusting.

It also got the higher public score so far

So happy for MM 🙂
Hope they win, they slowly but surely are getting higher and higher on the Betting odds.
A beautiful song with a strong and beautiful message…
And their new album is stunning <3 every song is so good ! #PARIS2019

What a big joke! I’m becoming desperate more and more.

Exactly my thought as well

You made a mistake there, the Viewers score for France was 9.3

Right, I’ve had a small mistake in my document there. Thanks for mentioning!

Dear wiwibloggs, could you PLEASE publish the voters results? The two ”experts” hosts make 66.6% of the whole result, which is ridiculous. Denmark for example would be 3rd, the People gave it 7.2 Points. And These scores are much more relevant.

That comes down to the perspective you’re looking at it. They’re part of the whole programme so it does make sense to include their rankings (especially given that these are the ones officially used by eurovision.de). I will keep the viewer ones in the comments so the post won’t get too long