Every year the former Yugoslav republics give us something interesting and diverse. We’ve had everything from discotheque club bangers to regional ballads. And 2018 is no exception. We have folk-pop, a little reggae mixed with EDM, a jazzy James Bond style number, a beat-drop with attitude and a traditional Balkan ballad.

But the question is: Which Ex-Yugoslav country has the best song at Eurovision 2018? You can listen to all of the songs below and then vote for your favourite. You can vote for as many acts as you like, but you can only vote ONE time. Be sure to click the box next to each of your favourites before pressing submit.

Last year Jacques Houdek’s duet with himself gave Croatia its best result since 2006. Next month, it will be up to Franka to top that. Both the artist and song were chosen internally, the third time in a row for Croatia

“Crazy” is a sultry down-tempo pop number with a jazzy flair and prominent James Bond-esque elements.

Macedonia went for an internal selection, like often before, and this time the pop-rock duo Eye Cue was chosen. The country has only qualified once since 2007, so it’s clear that Eye Cue have a bit of a task ahead of them.

“Lost and Found” is a mixture of soft pop, light reggae, EDM and even some soft-roc. Can this diverse mix of genres win over Europe and Australia?

Montenegro moved away from an internal selection aside for the first time since 2008. Instead they opted for Montevizija, where Vanja Radovanovic won with “Inje”. Montenegro has only qualified twice since their 2007 debut.

“Inje” is a typical Balkan ballad with the usual elements of drama, ethnic sounds and a slow build. It is sung in Montenegrin, and is one of thirteen Eurovision 2018 songs to be sung in a non-English language.

Serbia also revived their national final, Beovizija. The nation was left behind in the semifinals last year, but the task of qualifying this time will be in the hands of Sanja Ilic & Balkanika with the song “Nova Deca”. It’s like a traditional ballad with a folk-pop crossover.

Slovenia chose their entry through EMA 2018, where the winner was Lea Sirk with her self-written song “Hvala, ne”. Slovenia’s last two entries have missed out on the final, so Lea will be trying to follow in the footsteps of 2015’s Maraaya and make it to Saturday night.

“Hvala, ne” is a sassy beat-drop number infused with electro-pop and even a little rap.

Which Ex-Yugoslav country has the best entry of Eurovision 2018? Vote now

Which is your favourite? Could one of these entries win Eurovision 2018? Let us know in the comments below.

Vote in more of our Eurovision 2018 polls. 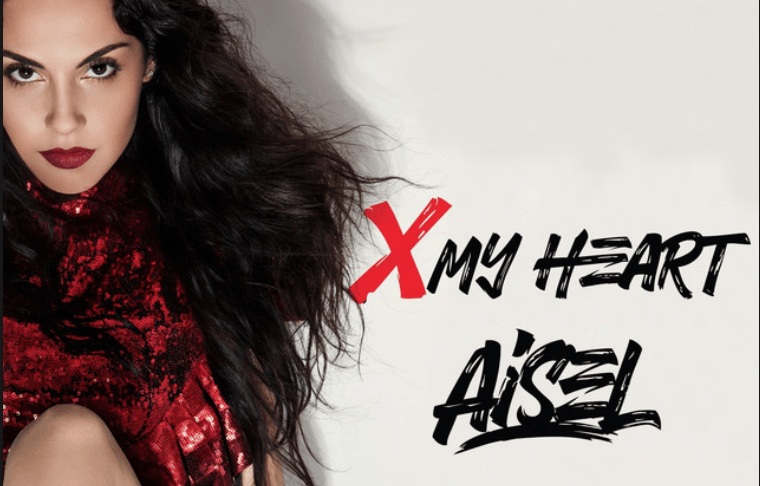 My top 5
1.Serbia Balkanika <3<3<3
2.Croatia
3.FYRM
4.Slovenia
5.Montenegro
But all of these 5 countries must be in grand final they dieserve that.

true that i love her

My 2 favourites here are FYROM and Montenegro!

Macedonia is the only one, that should get to the final. The other ones are in my bottom 10 this year.

Let’s hope they don’t eff it up on stage like Jana did:

Croatia and Serbia have potential for mystic performances. I guess Montenegro too but the song puts you to sleep. F.Y.R. Macedonia and Slovenia are unique bops!
But based on first impressions, which are very important as most audience sees everything for the first time, F.Y.R. Macedonia has the biggest potential to qualify, and possibly Serbia since it’s in Semi 2. But, as many others, I feel like none of them will make it :S

2/3 of my top 3 are in the Balkans so it was quite hard to choose who to pick! Very happy to see both doing ‘well’.

We Can Drop That Boogie!

mariah
Reply to  We Can Drop That Boogie!

Croatia by far. It takes some time to get it, but it’s a good song. Serbia sounds ok, but the song is like from 2004. Montenegro has a chance to qualify if they make an epic staging. Slovenia is one to watch, it has a crazy rythm. I see most people like Macedonia, but to me it’s the weakest among ex Yu songs this year.

I think Croatia is underrated. She sings it so well and I love the pulsating rhythm. It’s been on repeat on my Spotify list since its release.

Easy call here: Serbia. Traditional music mixed with modern beats. What they did here is what Knez from Montenegro did 3 years ago, and finished 13th in the final.

Except for Montenegro, the rest remind me of songs that have failed to qualify in the past. And I do think Jana’s song from last year is way better than Eye Cue’s.

The text says you can vote multiple acts, but you can only vote one.

You can only vote one time. As in you can select as many acts as you want but you can only click vote once. If you refreshed the page and voted again you will get a note that says you have already voted so that second vote won’t count. It can recognise an IP address as already been used to vote. Hope that explains it 🙂

Montenegro for me, i love traditional balkan ballads

Hard decision for me as I like 4 of 5 here:
1. Croatia 9/43
2. Serbia 10/43
3. Montenegro 11/43
4. FYR Macedonia 18/43
5. Slovenia 31/43 (would’ve been really high had it not had that rnb beat)
As for chances of qualifying, I think Serbia is borderline (9-12), Montenegro and Slovenia probably won’t make the cut.
Croatia and FYR Macedonia are hard to predict, both have chances of making it and I wouldn’t be surprised seeing them qualifying. As it stands now I think they won’t but I hope they will.

* Oops… Stupid me. Of course not Albania. 2. Croatia I mean

You can lick pus then suck on it after. Dirty…

Yeah this was a fake. Thanks for spotting. 🙂

There is only one good song here.

Croatia the best here by miles

Hey, why isn’t there a poll for best male singer? I see there’s one for best female singer.

No polls these days, ”hey, let’s make poll with countries which connects only country which doesn’t exist almost 30 years”.

At least these countries are still heavily connected with one another.

Is there going to be Mr/miss Eurovision this year?

we will see none of them in the final unfortunately

They vote for each other so be prepared for surprise!

My order for them is

And Macedonia sounds exactly like a last place in jury vote song… it’ll be hard for them to translate their ten-songs-in-one concept on stage.

Slovenia, which is my 15th. But none of them will be in the final probably.

Yes, the more I see Lea Sirk live, the more I have hope for her to qualify. The song has also grown on me.

Pleased to see Macedonia gaining favour here, for me Lost and Found is top 3 in this years selection, and may well be my overall favourite.

Nevertheless, I think a Yugo-wipe out is a possibility unfortunately. I do not wish that, but both odds and my algorithm suggest otherwise. FYROM are so unlucky, they have a great song and they are in semi final of death.

3 of these are in my top 10 (Serbia, Macedonia and Slovenia) and 2 are part of my ‘winning 4’ (Serbia and Macedonia along with Bulgaria and France). I like Montenegro too! The only one I don’t like is Croatia.

FYR macedonia is so ahead, they are in different time zones

If I could vote for two, I’d give runner-up to Serbia, but I have to give primacy to Lost and Found. Absolutely fantastic studio track, and I hope they can give it solid staging in Lisbon.

FYROM (one of my favs), Montenegro, Slovenia, Croatia, Serbia