The Commonwealth of Independent States (CIS), otherwise known as the Russian Commonwealth, is a confederation of countries which share similar cultures and history as part of the former Soviet Union. As they often deliver quality Eastern European entries, we asked you to vote for your favourite Eurovision 2018 entry from the CIS region.

We counted a total of 5,000 votes. And Ukraine’s Mélovin is your favourite CIS entry with “Under The Ladder”, and over one-third of all votes.

1. Ukraine – Mélovin “Under The Ladder”

Yes — Ukraine is technically only an associate member of the Commonwealth of Independent States. But that didn’t stop you from voting Mélovin as your favourite, scoring 34%, or 1,715, of total votes.

The magical Mélovin took out the dramatic national final with an entry full of fire and flair, and has since delivered an on-point performance at Eurovision in Concert. “Under The Ladder” may just slip under the radar to deliver yet another win for Ukraine come May.

The Ukrainian sensation crossed the border into Belarus earlier this year to represent Ukraine’s northern neighbours. Luckily for Alekseev, his appeal is universal — with a sound that is part pop, part Eastern Europe.

His entry “Forever” has gone through several iterations — but, according to readers, he’s struck gold with his latest version. He secured 1,190 votes, or 24%, of total votes.

Cross your heart and hope to die, Aisel’s torn down the firewalls on her tour across Europe to secure a bronze place finish.

“X My Heart” is a pop banger and a new sound for the typically jazzy Aisel, who delivers the track with gusto. She secured 773 votes, or 15% of total votes.

Sevak breezed past his competitors in Armenia’s Depi Evratesil with “Qami” (Wind), bringing strength both in his voice and through his breastplate. He told us in Moscow that, much like the wind, he will be changing direction from his national final performance, delivering something fresh in Lisbon.

A lucky day indeed! The trio from Chisinau have found themselves backed by legendary Russian artist and composer Philip Kirkorov for their entry “My Lucky Day”, bringing a love triangle and some ethno beats that give Eurovision a new flavour.

She won’t break — she’s strong as a mountain. Julia Samoylova makes her Eurovision debut after last year’s disqualification.“I Won’t Break” is layered with many connotations regarding her  2017 experience and her personal journey. Expect something big and uniquely Russian as she makes her way to the Lisbon stage.

WHICH EUROVISION 2018 ENTRY FROM THE COMMONWEALTH OF INDEPENDENT STATES IS THE BEST? Poll Results

What do you think of the poll results? Will Ukraine top the leaderboard out of this group, come Lisbon? Let us know in the comments below. 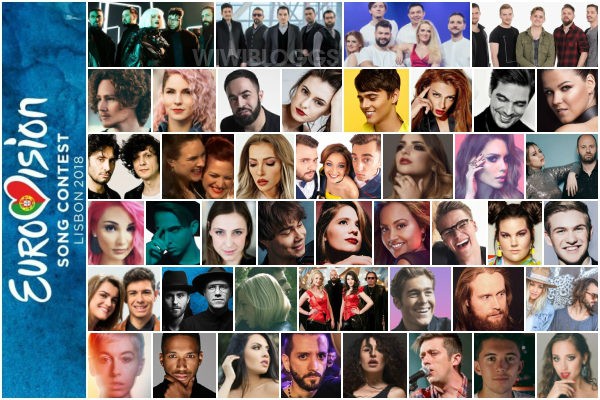 Melovin, yes! I adore him. Without any doubt the best performer of all. He will slay in Lisbon, and he got my votes!

I just love this guy, handsome and talented, i believe he will do just fine in Lisbon

This man assisted me in hacking my cheating husband remotely without touching his phone ,you can also contact him via: enriquehackdemon11 at g m a I l . c o m

Ukraine is associated member of cis as i know, but who cares? lol
Mélovin is wonderful and beautiful anyway )))

Just again Mélovin is winning a poll and Polegend Godgarina is being found dusting off her cheap second hand euro shop wig.:D

Alekseev needs the final and his fans need him in the final! <3

It’s fake voting and Ukraine is not part of cis

It’s fake voting and Ukraine is not part of cis.

Ukraine is not a part of CIS same as Georgia