Lejla Babovic, Head of Delegation for Bosnia of Herzegovina, explained to Eurofestivales:

This is not the first time that the EBU has sanctioned a broadcaster from participating at Eurovision. In 2016, Romania was disqualified from the contest in Stockholm due to unpaid debts by the Romanian broadcaster TVR.

As a result, their selected singer Ovidiu Anton and his song “Moment of Silence” were un-invited from competing…despite the fact his promotional tour was well and truly underway. The sanction was lifted after the government paid off TVR’s debts, and thus Romania returned to the contest in 2017.

Late last year the EBU briefly sanctioned the Macedonian broadcaster MRT for the same reason. However, the sanctions were lifted a week later and FYR Macedonia participated in both Junior Eurovision 2017 and Eurovision 2018.

While the continuing absence of Bosnia and Herzegovina will come as sad news, it isn’t exactly a surprise. Their only participation since their withdrawal — that was in 2016 with Dean & Dalal — was entirely privately funded. They then withdrew again in 2017, with Babovic then saying it would be “highly irresponsible” to participate.

Bosnia and Herzegovina at the Eurovision Song Contest

Bosnia and Herzegovina first participated at the 1993 contest in Millstreet, placing 16th. After the introduction of the semifinals they emerged as something of a powerhouse. They repeatedly qualified for the grand final and made the Top 10 five times between 2004 and 2011. This included their best result, placing 3rd with Hari Mata Hari and the song “Lejla” in 2006.

Bosnia and Herzegovina withdrew from the contest in 2013 as a result of their financial difficulties. They made a one-off return in 2016 with “Ljubav je” by Dalal and Deen feat. Ana Rucner and Jala. To date it is the only Bosnian entry to fail to qualify from the semifinals.

We all hope that Bosnia and Herzegovina will return to the contest eventually. Until then, we can still enjoy the songs that have represented the Balkan nation thus far! What’s your favourite? Let us know down below. 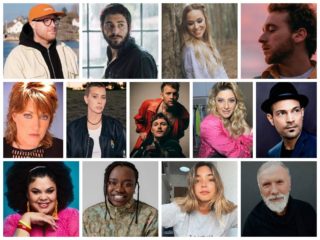 It’s sad that some countries can’t compete due to financial issues. But I understand the rules are the rules. At least EBU told them early and didn’t repeat the Romania 2016 situation. BH is one of the countries I really want to return. I think they could take some time off to sort things out and then return.

That’d work without the sanctions.

It’s not EBU membership, it would be paying BHRT’s candidature under their conditions. They could select the artist collaborating with BHRT, or whatever else they decide to do. (This has already happened in the past; for example, Catalan broadcaster TV3 collaborating with Andorran RTVA).

Official broadcaster would be BHRT, but the costs would be assumed by Republika Srpska’s broadcaster.

But again, as I said BHRT’s sanctions won’t allow this.

Fyrom. Whats that? never heard of it. I say Macedonia 🙂

They should take some time off to sort out their finances and hopefully when they return they will return with a bang just like Ukraine 2016 and Portugal 2017.

In the grand scale of countries I’d like to see return to the contest, I won’t deny that Bosnia & Herzegovina is near the top of the list. While they’ve been just as uneven as their Balkan neighbors, they can KILL a good ethno-ballad, as with the undisputed (IMO) Balkan ballad Eurovision champ, “Lejla.” While this year saw some good returns to form on that front from Serbia and Montenegro, nobody does it like Bosnia. Would love to see what they could do if they returned. Beyond that: – Slovakia was the definition of untapped Eurovision potential, with some very… Read more »

Remember when you feared that Eurovision would lose Bosnia and Herzegovina forever? 🙁

No, cuz I can still say YAY!

Feel sorry for Bosnia and Herzegovina. However, can’t the government of Bosnia help BHRT pay off the debts, like Romania in 2016

Bosnia is even poorest than Romania… :/

I know that however the government can at least help them pay off some debts and at least negotiate participation with the EBU. Like is Israel this year, of which we all know worked out very well for them ????

Are you sure of that?
Its strange I thought Israel was one of the richest countries