Achinoam Nini — the singer known to Eurovision fans as Noa — has told journalists that Tel Aviv is the best choice for Eurovision 2019 host city.

The singer, who represented Israel at Eurovision 2009 with the peace anthem “There Must Be Another Way”, made her comments in Argentina while speaking to JTA.

She was performing in Buenos Aires as part of celebrations marking Israel’s 70th birthday. Asked where Israel should host Eurovision 2019, she said:

“Tel Aviv. Because it is a city of life, joy, happiness. It’s not political, it’s not contentious. It’s where Eurovision should be. Eurovision is a party, not politics, so it should be in Tel Aviv.”

Later she added: “When there is peace we can hold Eurovision in Jerusalem.”

Noa sang her Eurovision 2009 song with Arab-Israeli singer Mira Awad, and together they called on governments to re-think their approach to peace.

They sang: For there is no single address for sorry, I call out to the horizons, to the stubborn heavens, There must be another way.”

Noa, who favours a two-state solution, remains optimistic that Israel will find a way to live in peace with its neighbours.

“I’m trying to spread a positive message about Israel,” she said. “I believe in peace, that’s my motto. I think Israel’s name must be associated with peace, so I’m doing that.”

What doesn’t lead to peace? In her mind moving the US Embassy to Jerusalem.

To her it will only incite “more violence, more hatred.”

The official opening of the US Embassy in Jerusalem came just days after Israel’s win at Eurovision 2019, sparking unprecedented levels of violence in Gaza.

The juxtaposition of celebration and bloodshed caused quite the stir on social media, adding more fuel to opposition to Jerusalem potentially hosting Eurovision 2019.

So much so that officials from the EBU reportedly demanded that the cities bidding to host the 2019 contest be “non-divisive” locations.

Y Net interpreted that as “an apparent hint that Jerusalem was being ruled out as the host city.”

Do you agree with Noa? Is Tel Aviv the best city to host Eurovision 2019? Let us know down below! 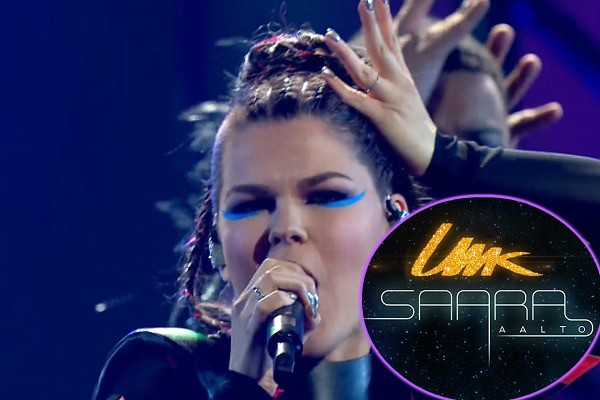 Invitation only! Finland’s Uuden Musiikin Kilpailu 2019 will not include public call for artists Jerusalem belongs to Israel so held it in Jerusalem…

Report: Only 2 cities are left in the running, one is Jerusalem, and the other is correctly unknown. I believe that Eilat is definitely out (and it always have been imo), but I am not sure if the second op
tion is Haifa or TLV. plus, it was said that KAN pushes for Jerusalem to host, and they are meeting today with the EBU in Switzerland to come to agreements.

I would say Tel Aviv except it’s increasingly looking like Haifa’s the only other area with a Eurovision-sized arena. Jerusalem still being a major contender makes sense, but I’m worried that there’ll be a ton of withdrawals if they host. Side note: Will Ferrell is making a movie about Eurovision! Knew that trip to Lisbon would lead to something. And it’s not a spoof, either: the movie, co-written by Andrew Steele (frequent Ferrell collaborator who wrote for Saturday Night Live and I believe helps run Funny or Die), is tentatively called Eurovision. I mean, Mugatu already kinda looked like a… Read more »

What happened to wiwibloggs – I can’t really believe that they miss to report about Netta all the time – I guess her performance at Zurich Pride is also not going to be reported. What about this interview or whatever – there would be so much to write – but wiwibloggs just posts discussions about the host city… https://www.thejc.com/news/news-features/netta-israeli-winner-of-this-year-s-eurovision-song-contest-jc-interview-1.465384

Apparently while that culture minister lady doesn’t want to get involved, she’s still being a pain about Jerusalem and they’re apparently considering (though I really hope they don’t) moving it back to Vienna.

Personally I think she speaks a lot of sense Tel Aviv is the best compromise, there are just too many “complications” with Jerusalem. However here’s a look at the EBU criteria for host cities. An enclosed stadium with capacity for around 10,000 ticket holders, 3,000 hotel rooms, a nearby Tier 1 or 2 international airport (in 2013 the contest was in Malmö, the airport was Copenhagen) , 24/7 public transport giving access to the arena. Tel Aviv fullfills all but one of these ctriteria. The Menora Mivtachim Arena will only hold just short of 6,000 in concert format (it’s the… Read more »

She’s smart and peaceful, a breath of fresh air.

Off topic: The goalkeeper who saved Messi’s penalty kick today and was named Man Of The Match is the director of Iceland 2012’s music video and is called Hannes Þór Halldórsson. Congratulations, man!

I agree with her. Otherwise, Haifa would be a good option too.

There seems to be a problem with all 3 cities of Jerusalem, Haifa and Tel Aviv.
Jerusalem has a venue but not the airport or infrastructure.
Haifa has the venue but the airport is even further away.
Tel Aviv has everything going for it except it lacks a roofed arena big enough…
I’m hoping they build something in Tel Aviv!!

I hope tlv would host. But note that the airport is only 25 miles/40 km to Jlem so there is no problem. There is also a fast train from Tel Aviv to Jlem – 28 minutes whose opening is due soon

You do realize Israel is a tiny nation, with a short train ride from the airport to all 3 cities

I know how small is Israel, I’ve visited there many times BUT in 2017 the EBU’s rules for Ukraine included: “The host city must have modern transport infrastructure: an international airport and readily available transport between the airport, the city and hotels, in addition to convenient traffic in the city and the opportunity to provide additional transport routes”. The only city in Israel that really matches these criterias is TLV. Jerusalem may not be far by road from Ben Gurion airport but there is only direct road transport to Jerusalem, no trains. And these practical points are already on top… Read more »

Wise Words. Tel Aviv seems like a great city. Only heard good things about it. Fun party town. If there is no arena aviable why not build one? It worked for Baku, more or less…
And I loved her ESC entry, one of Israel’s best. Peace anthem done right.

yeah, why not? lol

Noa is such an amazing singer. “There Must Be Another Way” is a good song, but it didn’t let her shine as much as she can.
She’s right about Tel Aviv, it would be the perfect host, but unless they find a solution for the venue problem it’ll have to go to Jerusalem or Haifa.

When will the host city be announced?

It’s usually announced in late July or early August, except for ESC 2017 – Kiev and the venue were announced only in September.

I don’t know how one city can be two countries’ capital city but hey, why not? I mean, I don’t care about religion so I don’t really see Jerusalem as too special anyway :\
Eurovision should definitely be held in either Tel Aviv or Haifa.
Very well said Noa (though if Jerusalem is going to be Israel’s capital as well, then the US embassy should be there anyway, shouldn’t it? Never mind lol)

Tel Aviv would be perfect. Airport, no drama, relaxed and liberal environment, with Jerusalem just 30 minutes away. You get the best of both worlds. But I get why the Israeli want to make a “statement” by hosting in Jerusalem, it just ain’t worth the drama sistren.

I agree with Noa but I think Tel Aviv shouldn’t host it. It should be held in Haifa.

Well that depends. What’s more important to you, the arena or the city? Haifa would still need to build a roof on it’s arena and the city is far inferior to Tel Aviv.

I would hope EBU would be willing to lift its rules barring outside venues from holding the contest in this situation. Eurovision Under the Stars could be a once in a lifetime experience.

U Israeli? If not u should know: Tel Aviv is pretty much the most awesome city in the world. Everyone’s gay, good vibes, best food, busy streets with a free spirit. Haifa’s nice and all, but it’s kind of a sh*t hole. I much rather people to experience my homeland through Tel Aviv

I am israeli and not everyone in tel aviv are gay…. it is awsome city.. but haifa should show herself we only hear about tel aviv and jerusalem what about haifa? ashdod? eilat? bear sheva? lets spread the knoledge about israel and not make it smaller!

Israel 2009 was truly one of many gems fron that year’s contest. 🙂