The 2018 FIFA World Cup is well and truly underway. The first round of fixtures yielded exciting upsets and thrilling performances by some of the world’s best football players. Some of our favourite Eurovision stars released new music to celebrate the occasion. From Iveta Mukuchyan to Buranovskiye Babushki, there was plenty to get excited about before the ball literally got rolling. But they weren’t the only ones. We have rounded up some more songs by Eurovision stars to celebrate the occasion.

Arash delivered Azerbaijan a third place finish at Eurovision 2009. And now the singer, who lives in Sweden, is throwing down a fierce international collaboration. Arash and his star-studded line-up of Nyusha, Pitbull and Blanco have released “Goalie Goalie”, featuring an expensive and futuristic music video. Eurovision fans may also recognise Nyusha who presented the Russian votes at Eurovision 2016 in Stockholm. Whichever country you’re supporting, “Goalie Goalie” is bound to set the mood for an exciting game of football.

Arash isn’t the only Eurovision singer collaborating with huge stars. Eurovision 2002 runner-up Ira Losco has joined forces with superstar Jason Derulo to release the anthemic “Colors”. Malta may not have qualified for the World Cup but Ira Losco is celebrating colours from around the world. Whether you are donning the blue of Iceland, the yellow of Colombia or the white of Germany, the song encourages you to put your “hands up for your colours”.

Eurovision 2012 alumni Sinplus are cheering on the Swiss national team with “Together”. The music video features footage of Swiss fans and stars including Granit Xhaka and Xherdan Shaqiri. The brothers will undoubtedly be buoyed by Switzerland’s start to the competition. They produced a 1-1 draw against one of the competition’s favourites, Brazil.

When she’s not busy churning butter, Poland’s Cleo is cheering on her national team with “Łowcy” (“Hunters”). The song has an undeniably anthemic feel, particularly if you are supporting Poland at the World Cup. The song is a remake of her February release “Łowcy Gwiazd” with a distinctly football feel and the new refrain “Polska Gol”. Poland are one of the competition’s dark horses led by one of the best strikers in the world in Robert Lewandowski. Cleo will be hoping her song sparks the Polish team, who succumbed to a surprising 2-1 defeat to underdogs Senegal in their first game. 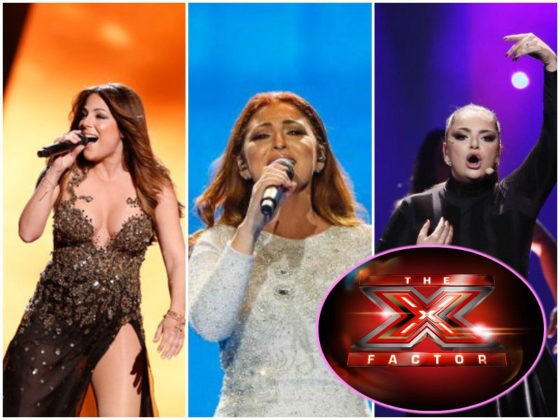 well, Jason Derulo made more versions of Colours for example with Maluma or just solo version, so there’s nothing special that there’s version with Ira Losco and mainly I’d say that he collaborated with her and not Ira with him

Unrelated, but it’s been confirmed that the winner of X Factor Malta will represent Malta next year

I get the blue of iceland and yellow of columbia… But the white of germany?

Like Netherlands plays in orange, even though orange is not on their flag.

Thanks I thought they were talking about flags?

Ira Losco with Jason Derulo? That is totally unexpected? Song is a bit meh, but really surprised to find that. Wonder what the development was behind this. Is Ira Losco signed to an international record label?