The hosting of the Eurovision Song Contest 2019 has been one of the most contentious in recent memory — and the contest is still nearly a year away. Immediately after Israel won in Lisbon, calls for boycotts and the removal of Israel’s right to host began spreading. And now that Israel has been confirmed as host country, the controversy is sure to not slow down anytime soon. The Associated Press — the global news behemoth — ran a story on Friday that summed up the news: “Jerusalem backlash casts shadow over Eurovision.”

Amongst the countries where some politicians have been most vocal about boycotting is Ireland. However, Irish fans hoping to see their country participate next year now have some good news. Tanaiste Simon Coveney — the country’s Deputy Head of Government — has stated that Ireland intends to participate in the contest next year. He said that boycotting the contest would “polarise things even further” and not advance the Palestinian cause.

The Tanaiste was responding to People Before Profit TD Richard Boyd Barrett, who was advocating a boycott, “in order that we do not give legitimacy to a regime that treats children in such a barbaric fashion”.

This continues a saga that began as soon as the winner of Eurovision 2018 was announced. Less than a day after Israel won Eurovision, the Lord Mayor of Dublin, Micheal Mac Donncha, called for a boycott. He was soon joined by fellow politicians Lynn Boylan and Nessa Childers, and 1994 Eurovision winner Charlie McGettigan. Several other prominent names in Ireland also called for a boycott, as part of the Boycott, Divestment and Sanctions movement.

Mr Coveney’s words follow those of 1992 Eurovision winner Linda Martin, who stated that Ireland should not withdraw next year. Ultimately, the decision rests with the national broadcaster RTE, who have competed every year since 2002. The last two occasions when Israel hosted the contest, in Jerusalem in 1979 and 1999, Ireland placed 5th and 17th. An official confirmation will need to be made before anyone can be sure whether Ireland will participate next year.

This year’s contest saw Ireland reach the Final for the first time since 2013, and gain a solid 16th placing.

So what do you think? Do you think Ireland should boycott Eurovision 2019 in Israel? Would you like to see Ireland participate next year? Do you agree with the Tanaiste Simon Coveney? Let us know below! 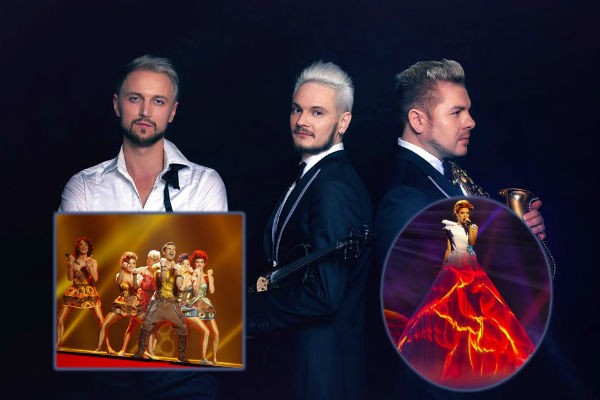 How surprising… there are always a few fanatics who call for boycotts, best is to ignore them.

Politicians may interfer or wish to, but the final decision lies on the broadcaster. So what ever some government minister says doesn¨t matter because they are powerless. Only broadcasters can decide whether or not to participate

Well, here’s some good news: according to Haaretz, Tel Aviv is now the front-runner to host in 2019, with the Tel Aviv Convention Center (capacity: 10,000, which is the minimum for a Eurovision) the likely host venue. So, now they definitely don’t have to boycott, and we can all go on our merry way.

That’s great if it’s true… Gonna wait for the confirmation from EBU first though.

Yet gays cannot get married in Israel nor have kids so please don’t idealize israel. The reason why a boycott is not a solution is because it is a song contest not a political event. Israel is a democracy indeed but still has a lot of progress to do (I’m Israeli)

oh! pity! don’t do us a favour… the contest will be less boring without you!

LeGrand
Reply to  Alon I srael

I’m Israeli and I think that your comment is stupid. Everyone is welcome to join – Ireland as well – and the fact that some politicians take advantage of esc to transfer their messages doesn’t mean that all Irish ppl (or Israelis – depending on your side) think the same.

Alon I srael
Reply to  LeGrand

LeGrand
Reply to  Alon I srael

Joe
Reply to  Alon I srael

Unlike those two, at least everyone who’s sung for Ireland is Irish.

Aisling
Reply to  Alon I srael

Lad are you saying that Dustin the Turkey was boring? Gway with yourself.

Why can’t eurovision be about MUSIC? Isn’t it the original idea behind it? After ww2 ppl just wanted to get closer and put differences aside. That’s the spirit of Eurovision and any other intl events. If we don’t keep it that way then there is no point doing it at all.

Out of all the countries that can afford to boycott, Ireland is sitting on top of the list because they’ve won so much already and missing a single year will not affect them much.

It would if Sweden managed to win while Ireland was sitting out.
Which, lets face it, is highly likely.

Your nickname doesn’t make sense anymore. It appears to be Tel Aviv 2019 and you’d only boycott that one if you hate sunshine, Europop, and falafels.

Nobody’s boycotting the World Cup. Why? Because for all those politicians, football is way more important than Eurovision/human rights/dead kids and whatever.

Coveney and the government are so far out of touch with the Irish people it beggars belief.

im irish and i support coveney.

Guys, I’m from Israel, please just keep politics away from Eurovision… I want to see Ireland next year as much as I want all the other 42 who participated in 2018 (and hopefully extra? Turkey, looking at you, not going to happen though, unfortunately). Be sure that not all you read in the media is correct, on both sides of this stupid and useless war. Ireland and Iceland performed here during Israel Calling 2018 and they are currently (I don’t know about Ireland as I’m not into sports) playing in Russia at the world cup while Russia is having a… Read more »

Huh?
Seriously, just come here and see things as they are…

Ireland didn’t qualify for the world cup. We had a playoff against Denmark that we needed to win to get through…. but they beat us 5-1 :’/

Ireland were never going to boycott anyway lol especially after the success they had in 2018.

Boycotting is fine to use a tool to bring attention to a cause, but it is not okay to use it exclusively against Israel. If people want to be principled, great, but apply the same rules to every country. Trump is an absolute disgrace, so that’s a boycott of everything US-related, no World Cup in Russia, no weekend breaks in Budapest…the list is endless. What third world country was your clothing stitched in? Do you use Amazon, a company that pays no taxes & and has a giant carbon footprint? Do you drink Fairtrade coffee? People compromise on their morals… Read more »

There will be no boycotts. The only country I can see boycotting Eurovision next year is Iceland, due to the fact that their petition has gained public momentum, but even still, I’m 80% sure that they will be present at Israel 2019.
The Irish public are interested in Eurovision once more after the great result in Lisbon. RTÉ will not throw that away again.

Iceland and Ireland both had no problem coming for Israel Calling… Organized in part by the Government and including a tour of the holy city of Jerusalem – all of a sudden they discovered their consciousness? Is there no end to the hypocrisy? Ridiculous. There will be no bans.

Simon Coveney dealing with the real issues of Eurovision and not the housing crisis in Ireland, fair play?

He is the minister for culture and trade etc so housing has nothing to do with him, Eurovision does.

He’s not the minister for culture at all! He’s currently minister of Trade, deputy leader of his party, and Tanaiste (deputy prime minister) of the country
He was minister for housing and failed miserably at his job.