She’s the reigning Queen of Eurovision after winning the 2018 contest with her empowerment anthem “Toy”.

And since her victory Netta has won admirers around the world, including real life royal Prince William, who took time out of his tour of the Middle East to meet her in potential Eurovision 2019 host city Tel Aviv.

Netta said she’s “overwhelmed” by the encounter, during which the duo sampled “Gasoz” a local cherry sparkling water.

Describing the Duke of Cambridge as a “really chill guy”, the Israeli Eurovision winner says the duo had a wide ranging discussion on issues close to both their hearts including mental health.

Had so much fun with charming Prince William! @kensingtonroyal @theroyalfamily ? @benkelmer

“We talked about the way I changed how people feel here in Israel, and about self-esteem…and how positivity and setting a good example for people is really making a difference.”

As a souvenir she gave the Prince a looper, a musical device which formed a key part of her performances during Israel’s national selection Rising Star.

The star joked that she hopes the Prince will consider using it to enter Eurovision next year.

The Duke seemed less convinced by the idea: “You haven’t heard me sing – you wouldn’t like that!” The two met on the fourth day of his tour of the Middle East, which has included stops in Jordan, Palestine and Israel.

The trip has made him the first British Royal to visit Israel and the Occupied Palestinian territories.

Netta isn’t the only Israeli Eurovision star the Prince has met during his trip. He also met Eurovision 2005 contestant Shiri Maimon. We love a King with excellent taste in Israel Eurovision entries.

Prior to Netta’s win, her fourth place finish was Israel’s best result in the 21st century.

It was a great honor to meet his Royal highness, the duke of Cambridge , William. @kensingtonroyal

Prince William’s tour will draw to a close tomorrow after five days in the region. So her adress is Rothschild Boulevard, such a proud zionist is she. To be fair, Netta is doing the prince a favor, because this is his job.

She looks amazing. and comes across all warm and friendly in the write up. feeling love for netta once again.

Netta is gorgeous! Love the color combinations of her hair and outfit!

Its amazing how Netta infulence people. Its crazy that she actually met the prince! I think she is one of the most infulence & lovely winners of ESC!

What a nice tour of the potential host city of ESC 2019! Netta will be one of the winners who will serve as a great ambassador to Eurovision and the whole idea of the contest.

Eurovision can really change one’s life. 😀 I need to enter the contest as well.

I think that would be Emmelie de Forest posing with Princess Mary of Denmark and Queen Jessica of Australia:

Amaia met Felipe and Letizia of Spain before they were king and queen. She was just a young girl then: 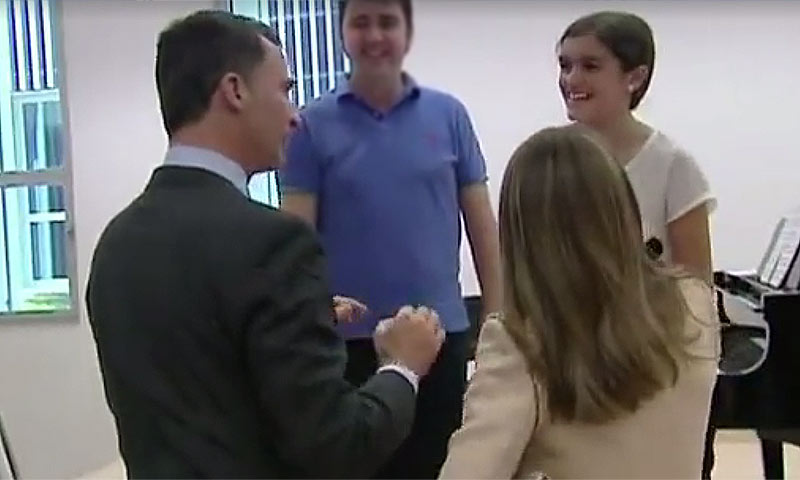 Pretty sure British/Irish contestants have performed for the Queen a bunch of times (I know Sandie Shaw, Cliff Richard, Brotherhood of Man, Bucks Fizz, and Johnny Logan all appeared at the Royal Variety Performance, and I know for a fact that Richard and Logan sang their second entries).

I guess you meant British royalty? For some reason, it is often forgotten that other European countries also have Queens (and Kings), so not everybody refers to the UK Queen as “the Queen”…some people have a different “the Queen”. Royalty have even attended the contest on occasion, such as in 2010.

I guess I’m being nitpicky, I just can’t help myself. 🙂