It’s the Asia-Pacific Eurovision spin-off that’s been under development for almost two and a half years. But now it seems organisers are no closer to staging the debut of the Eurovision Song Contest Asia. The EBU has confirmed to fan media that ESC Asia is “still early in the development process”.

Despite speculation that the Asia-Pacific version of the song contest would debut in October 2018, the EBU has confirmed that the contest organisers are still developing the concept. Speaking to fan site ESCXTRA, an EBU spokesperson issued the following statement:

“Work on bringing the Eurovision Song Contest to Asia is still ongoing and EBU are working closely with the organisers to help them bring it to fruition. It’s still early in the development process but once the team are at the point they are able to talk about timings we will be sure to make an announcement.”

This news has come as a surprise to many fans, as it was assumed that progress was substantially more advanced.

While the EBU’s statement has not specifically ruled out Eurovision Asia being held in 2018, the news that the contest is still in the development stages seems to rule out the possibility of a contest being held sometime in the next six months, at least.

The long journey of Eurovision Asia

In March 2016, the EBU first confirmed that SBS — the Eurovision broadcaster for Australia — had signed a deal with the European Broadcasting Union to develop and establish a song contest much like Eurovision, but for the Asia-Pacific region.

At the time, it was expected that the inaugural event would be hosted in Australia at some point in 2017.

Later in 2016, SBS’s content chief Helen Kellie confirmed that the broadcaster was looking at a 2017 launch, but said that 2018 was also a strong possibility.

At that point, SBS revealed the hurdles they faced in organising a pan-Asia-Pacific song contest. SBS had been in talks with broadcasters in China, South Korea and Japan. The talks revealed a series of obstacles, including political tensions between the region’s three big music markets. Chinese law prohibits the broadcast or streaming of South Korean pop music and entertainment.

Blink TV also revealed that they had been in talks with representatives from Hong Kong, Sydney and Singapore as potential host cities for the show.

But things were looking positive in August 2017, when the official Eurovision Asia Song Contest website was launched. While no launch date was given for the contest, the site said up to 20 counties would compete in the contest’s debut. Since then, the site has published no further news about the contest and has not been updated since October 2017.

In January this year, Kazakhstan media reported that broadcaster Khabar Agency was in talks with Eurovision Asia organisers regarding participation in the song contest. The Kazakh Ministry of Information and Communications also claimed that Eurovision Asia would be held in October 2018. However, this date was not confirmed by the EBU or Blink TV, and fans have noted that Kazakhstan has previously been a source of unfounded Eurovision rumours.

During Eurovision 2018, things got even more complicated. Chinese broadcaster Mango TV was swiftly banned from broadcasting the Eurovision Song Contest after they cut two performances from the first semi-final. Mango TV had blocked Ireland and Albania’s performances, as they respectively showed a same-sex couple and visible tattoos, content not permitted on Chinese television.

This raises the issue of how Eurovision Asia could involve performances from countries with strict broadcasting regulations alongside those with more liberal codes.

What do you think? Are you surprised at the lack of progress with Eurovision Asia? When do you expect the contest will have its debut? Tell us what you think in the comments below! Malta: “It is more of a reality show” – former Eurovision stars speak out about X Factor Malta 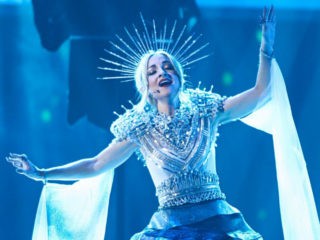 SBS: The Eurovision Asia Song Contest is “still in development, no update at this stage” 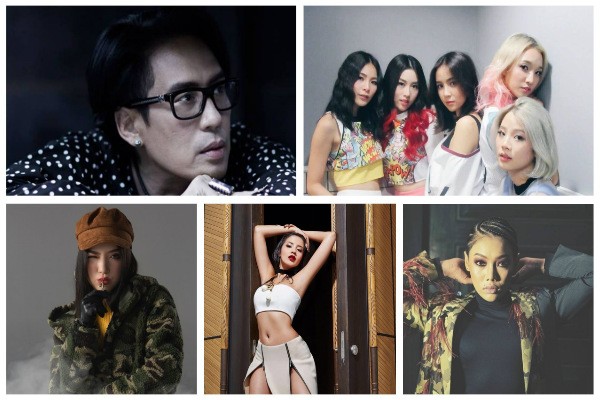 Plot twist! It NEVER HAPPENS! That seems to be the most likely case at this point!

I wonder if Israel will participate in both contests XD

AS EXPECTED, since there weren’t ANY UPDATE in their FB page FOR MONTHS. They only posted once before the Eurovision Grand Final.
In any case, I would hope that they could take their time and launch the contest when the concepts are developed good enough, AS LONG AS THEY DO NOT ABANDON THE IDEA ENTIRELY.

I think they should take an inside-out instead of outside-in approach to introduce Eurovision to Asia. Let Australia host it’s own national song contest among the states, then expend to the other Oceanic states and later to the rest of Asia.

Maybe Blink TV (which I understand is a fairly small production company) needs to prove their worth by first hosting an Australian national final. Like how Georgia got the JESC 2017 hosting after their massive national final earlier that year.

The only logical reason for a Eurovision Asia is because the main competition can’t really get that much larger. There were 43 countries participating in 2018. If every European country (excluding Vatican City), plus Georgia, Armenia, Israel, Azerbaijan, and Australia, that would be 54 countries in the contest

. I’m doubtful the ESC could handle 60 or more countries participating in the current format. Maybe 60’s the limit, but that would mean 30 entries per semifinal.

EBU rules for Eurovision in past few years is limit of 46 countries in contest. That means 2O countries in 2 semi plus Big 5 and host in final. We had 52 countries in Eurovision including Yugoslavia nad Serbia and Montenegro. I
what wull happen if 50 countries want to enter. do we have pre contest like in 1993,1996 ,or rules between 1993 and 2004.

It would be an disaster with over 20 countries in a semi like in 2007, please EBU no more then 20 and only 2 semis. This is not world cup when they are ruining it with 48 nations in 2022. More is not always better.

There ain’t no way Russia moves to Eurovision Asia. It’s traditionally been connected to Europe since the days of Peter the Great.

It’s doubtful the Caucasus nations or Israel would want to switch over to Eurovision Asia, either.

This means that we see another time overrated in juries points EBU baby Australia in Eurovision song contest.

(From Hong Kong) Sophy Wong? She’s not bad, but I guess there could be better choices for Hong Kong…

It makes me think of the Eurovision Dance contest and how it was ‘Postponed indefinetly’ becuase lack of interest.

I was doubtful from the begining that this would go ahead becuase of contest like Turkvision and how they stuggled to even host the contest some years.

A shame really but I think the EBU tried to preasure things to get moving by launching the website and making a big annoucnment.

I’m kind of skeptic about it. 1. Time range differences in the eastern and western part of Asia is HUGE. The Western countries and the Eastern countries would have a big gap of timing, which doesn’t advantage one of the broadcasting sides. This is also why Caucasian countries would have been better staying in Eurovision (plus, they have been members of EBU for almost 10 years, duh). What about AU and NZ? They were both culturally closer to Europeans, so their place would be better in Eurovision to adjust their taste culturally. 2. It can limit the influences and things… Read more »

In a few months we’re going to get an announcement that Eurovision Asia is “postponed indefinitely.” Just watch. I’ve been hearing very little about this contest and the organization seems to be very all over the place. A lot of the countries they’re trying to get to participate aren’t exactly stable or organized, and I can just imagine how difficult it’ll be to get them all on the same page. It just seems like a nice, and unfortunately I can really see this never happening.

It makes me wonder why they jumped the gun and launched the website saying Eurovision Asia was happening if the very show concept itself is still being developed.

Jon Old Sand (who I assume would be the director of this contest as well) reveals a considerable degree of incompetence if he was involved in this gross miscalculation of the EBU’s readiness to put on a show like the ESCA.

I’m sure it won’t happen this year and I’m generally pessimistic about this event. I have a feeling that Europeans are more excited about this than Asians. But it’s a shame because I would really like this to happen.

I’m Asian and I truly am looking forward to this.

Well I guessed it would be happening in October, I mean it’s 3 months away and they hadn’t even decided on a host city.
I do hope this happens though, I think it would be a great opportunity to showcase the music and culture of nations that are too far away to participate in the actual Eurovision, or geographically miles outside Europe or EBU broadcasting areas, like Australia.

They should stop inviting Mainland China in the contest in the first place. Remember when Soviet Union did not participate in Eurovision?

Plus that. Also, Soviet Union was notorious for blocking any Western kinds of music during those times. And now history is repeating itself but it is occurring in a different country now which is in China.

Soviet Union and countries from Intervision, broadcast Eurovision sometimes. they broadcast first time I think in 1968

‘Eurovision Asia’ still sounds so weird to me.

Yet, PP77, the timing gaps on European countries are generally still close to each other (3-4 time zones, AUS not included). Asia and the Pacifics, however, has 10-12 timing zones. It might sound silly for an Indonesian to watch their hero performing in Azerbaijan, for example. Except when the hype is as good as the World Cup, there’s no problem 🙂

I, m sad, they should have started anyway, even with 7 countries, like esc in 1956. I don, t know if for ebu is important to start with many countries.