Applications for X Factor Malta recently closed and producers now have the job of whittling down the acts. Previously Maltese songwriters have criticised the limits of the contest as the replacement for Malta’s Eurovision 2019 national selection. Now former Maltese Eurovision stars have had their say.

Maltese news site Malta Today spoke to a number of Maltese Eurovision acts and got their opinion on using the new X Factor Malta to double as Malta’s national selection for Eurovision 2018.

Amber — who represented Malta in 2015 with “Warrior” — talked about the positive side of using the X Factor. She noted that producing a Eurovision-quality song is not always within the budget of upcoming singers, but says that the “X Factor is now facilitating the way for anyone to take part in a large-scale competition.”

But Amber said she was a little confused about why X Factor Malta was also being used to select the Eurovision act. “For me they are different platforms.  The ESC is a ‘song contest’ while X Factor goes beyond just singing, it is about finding someone with a twist, it is more of a reality show in search for talent.”

Kurt Calleja — who took Malta to the grand final in 2012 — noted that X Factor might benefit good singers who had never previously had strong enough songs for MESC. The “This is the Night” singer said, “This presents a massive opportunity to showcase their skills, make a name for themselves and eventually work with relevant-to-the-industry songwriters who can write a song that is tailor-made for the winner’s voice.”

But he also believed that X Factor and MESC should be kept separate, but added, “I respect PBS for taking such a courageous, risky, decision.”

Also weighing in on the matter was Ludwig Galea, who represented Malta at Eurovision 2004 as half of Julie and Ludwig. He stated, “I have nothing against X Factor per se but I’m against the fact it’s amalgamated with the ESC.”

All three artists confirmed to Malta Today that they would not be auditioning for X Factor Malta.

The comments from the Maltese Eurovision artists follow the recent remarks from veteran Eurovision songwriters. Songwriter Philip Vella warned that “Plonking up-and-coming singers on the Eurovision stage is a recipe for disaster.”

It has still not been confirmed exactly how the Maltese act for Eurovision 2019 will be chosen using the debut series of X Factor Malta. However, it is expected that the series winner will also win the ticket to Eurovision but their song will later be internally selected by the broadcaster.

What do you think? Should experienced artists be encouraged to enter X Factor Malta? Or should the competition focus on up-and-coming singers? Share your thoughts below! 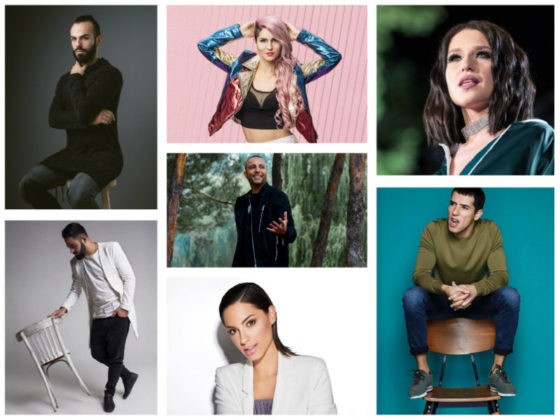 From 2015 to 2018 Malta’s songs were always in the top 10 of juries’ ranking, so is it probably a strategy to gain more televotes?

The guy from 2004 with his corny perfomance shouldnt speak…

Malta must follow OT. Just a winner won’t be great. Latvia just had x factor, idk if the winner should go to esc. And we are much bigger country.

Never been a fan of any Maltese entry. They all seem to try hard but something is always missing…

If they were just trying to do the same selection they’ve used for JESC by picking the singer in a contest then that’s fine but X Factor has lots of hurdles and people vote for the person with the better story. Then you have the problem Malta always had. A good song. Malta has no shortage of good singers Amber, Claudia and Christabelle are all strong singers who had mediocre songs. You just have to look at how X factor works in other countries. All 3 USA winners have been dropped with the first winner never releasing any music, The… Read more »

Are they going to allow finalists to reapply the following year? Returning artists has been a staple of Malta’s Eurovision national final for years, and it was always entertaining watching the same acts come back year after year until they eventually win. I don’t think I’ve ever seen someone place second on The X Factor and then return the following year to compete again, so I think that could really be limiting an important part of Malta’s Eurovision selection. These types of shows may work in countries like Israel, but I don’t think they will in such a small country… Read more »

I would be shocked if Malta X Factor gets a second series. It’s an expensive show to produce with high standards for the staging. Brooke isn’t there to pick up the tab this time – it’s all down to the production. Or maybe we’ll get graphics taking up half the screen, saying “DANCERS SPONSORED BY HAMILTON TRAVEL”.

Marcus (Day One)
Reply to  Eastman

Eurovision requires a holy trinity of singer, song and performance. All three have to be great on their own and in harmony between one another. Debating on which one is more important is what sets back many NF selections. MESC had an obvious preference of a singer over the song, but this new format might do so even more.

First of all Greetings from Germany to New Zealand! Robyn, you are always doing a fantastic job! 😀
Second, X Factor is indeed a show to search great singers (Leona Lewis, James Arthur, Saara Aalto). So there will be a winner, who can sing very well and this is good.
But: The best singer is nothing with a boring song or a terrible staging. So Malta has to make sure that they write a great song and produce a good show for Eurovision…