Tonight in Moscow France won the World Cup Final 4-2 over Croatia. And while the scoreline may have been difficult to predict in May 2018, before we even knew which teams would be in the Round of 16, soothsayers among you might have known that the stars were aligned for les bleus to snatch the crown.

That’s because, as many have already noted, France last won the World Cup in 1998…one month after Israel won Eurovision.

Fast forward to May 2018 and Israel’s Netta Barzilai did it again, only to see France pass and shoot to their second-ever World Cup win a month later.

France’s win also creates something of a winning streak for the Eurovision Big 5 countries in the football extravaganza.

Thank you to ESCFan2009 for alerting us to this in the comments section below.

With their #WorldCupFinal win, #FRA keep the #Eurovision Big 5 momentum alive. Here are the four most recent #WorldCup winners:

The competition has gifted us endless reasons to use Eurovision memes, including this gem which stars Croatia’s Eurovision 2018 act Franka.

When Iva Perisic levelled the final at 1-1 in the 28th minute, a lot of us were scrambling to insert Franka into the conversation.

Franka is, of course, the long-term partner of Croatian player Vedran Ćorluka, a centre-back who captains Lokomotiv Moscow and is on the Croatian national team.

Congratulations to Franka, Queen of all #WorldCup wives and girlfriends! She has cheered her man and her country to the #WorldCupFinal ?? pic.twitter.com/GxGHrFw6S9

Ahead of today’s match Madame Monsieur were getting into the spirit too, sharing pics of them jostling some footballs.

There are other examples of worlds collide, most notably in how France’s victory mirrors some of the broader themes of France’s Eurovision 2018 song “Mercy”.

That song, about the birth of a child on board a migrant rescue ship, carried a humanitarian message and told the story of a woman and her child fighting to survive so they could create a new life in Europe.

As many have noted previously, the French side showcases multi-cultural France and the beauty of what can happen when you open borders and embrace immigrants (and their children).

Kylian Mbappé — the 19-year-old sensation who won the tournament’s Best Young Player award —was born in France to a father from Cameroon and a mother from Algeria.

"Out of France’s 23 team members, 17 are immigrants or the children of immigrants" — #FRA players stare down their critics and slay their way to become #WorldCup champions. Congratulations! https://t.co/g8TLI0dVPO pic.twitter.com/Vu4QiEa08A

We’ll end this post by rewinding to April 2017, a month before Eurovision. Here’s what our Angus wrote about eventual Eurovision winner Salvador Sobral.

He’s the hipster man-bun sporting singer, who won over Portugal with his cool classic ballad and the intensity of his artistry. And now, by twist of fate, Salvador Sobral might be a shoe-in for victory in Kyiv and it all starts with a little bit of football at last year’s UEFA European Championship.

Rewind 13 years to Euro 2004. Greece took the title, winning 1-0 over Portugal at the Estádio da Luz in Lisbon in front of over 62, 000 football fans. Fast forward one year to the final of Eurovision 2005 and Greece were the winners again. Helena Paparizou matched the national football team’s success and beat Malta to take home gold.

That means it’s in the stars for Portugal to take the win in Kyiv in May, after it won Euro 2016. For added starcrossed symmetry the contest also falls in Ukraine this year. Moreover, when Greece beat Portugal in 2004, they beat the home nation and last year Portugal beat France who were hosting the competition. You can’t deny logic when it’s in the stars y’all!

Did you enjoy the World Cup? What instances of Eurovision colliding with football did you notice? Let us know down below! 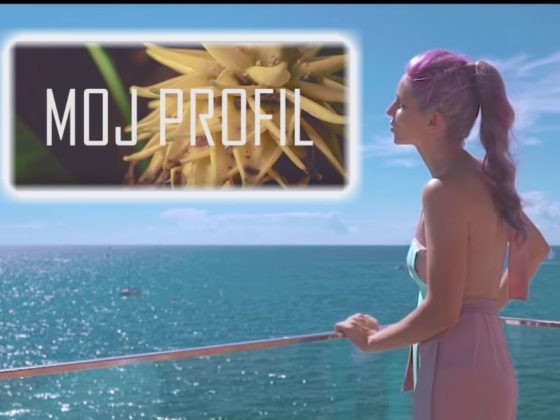 First of all, congratulations to France! Amazing job! Also, credits to Croatia for reaching the grand final! Maybe France wins Eurovision in 2019? Who knows?

Yes, France managed to win in 2018, because they learned the lesson Portugal taught them 2 years ago.

LOL! Absolutely! Maybe that applies to the ESC as well.

I certainly hope so. It’s about time!

What ESC needs is: another French or another Swiss victory. What the contest doesn’t need is: yet another Scandinavian victory. Plus, Sofia would be another awesome location for the contest.

Congratulations France, well deserved. Now if they only could win ESC !
But Croatia stole our hearts. A small country from a troubled region manages to outscore major football nations ending up second best in the world! What an acheivement! Everyone from Ex- Yu are proud of it, and finally something positive from the region

Next year could be a good year for the UK because:

France last won in 1998, the last year where the UK had a decent streak at Eurovision
The last time it was held in Israel, the UK’s fortunes changed (could it go back the other way round)?

Please BBC, get it right next year!

The tolmachevy sisters finally tops billboard hot 100…. alongside nick Jonas and Taylor swift for 1 song, lullaby and goodnight, from the TNT movie Elvis, set to the tune of Brahms Lullaby.

That means Austr- wait Austria’s not participating? They won 20 years ago!

So this means that the winner of Eurovision 2019 will be Sweden!

Mako
Reply to  JB from Portugal

Maybe with an other blond singer. What if it was Wiktoria ? I love this girl !

Either her or Margaret tbh

Yes, Sweden will win next year’s contest! It has already been decided!

Not sure why my reply is awaiting moderation…

Croatians should be proud of their team. The world now knows how strong that small country can be.

Two years ago I was devastated (Euro 2016), now I’m celebrating as I finally witnessed my favorite team and player winning the World Cup. Allez allez allez, allez ola olé!!!
Respect for Croatia, what a tremendous journey. I even wouldn’t have been mad if they had won over France, because they were really spectacular in this year’s tournament. Congratulations to both finalists! <3

And I celebrated for Portugal, long and hard!

Olivier Giroud is my favourite thing about the French team. #Babe.
Congrats on the win though France it was well deserved.

Do you see this?? Mysterious 😀

Does it mean that England is going to win in Qatar in 4 years? XD