Soon after Rasmussen placed ninth in Lisbon with “Higher Ground”, Danish broadcaster DR was already focusing on the approach for 2019. Now the broadcaster has launched submissions for the next edition of Dansk Melodi Grand Prix.

Since July last year, the DMGP submission period has been permanently open, meaning that interested artists don’t have to wait until a certain time of year to submit their entry. However, a deadline has been set for the 2019 edition of the national final. Entries must be received by Wednesday 26 September in order to be in the running for the Eurovision 2019 selection.

The broadcaster has published the rules, which confirm that at least one person involved with an entry — either a singer or songwriter — must be a Danish citizen or have a strong connection to Denmark, such as living there long-term.

The standard Eurovision rules apply, and DMGP has no language restrictions. Since the Eurovision national language rule was lifted in 1999, Denmark has always sent English-language songs to Eurovision. However, Danish-language entries regularly appear in DMGP.

As with DMGP 2018, contribution producer Mads Enggaard will oversee the selection of the ten finalists. His role is to ensure the songs each have a unique character and that the staging works in harmony with the song and artist. It’s a formula that paid off with Rasmussen’s Viking epic performance of “Higher Ground”.

The hunt for next year’s Danish Eurovision entry has begun! Please, write an awesome song and submit it 🙂 (See link in bio…)

Denmark at the Eurovision Song Contest

Denmark last won Eurovision in 2013, when a barefoot Emmelie de Forest beguiled Europe with “Only Teardrops”. Since then, the Nordic nation’s fortunes have varied at Eurovision.

Things picked up in 2017, when The Voice Australia winner Anja Nissen represented the country of her parents with “Where I Am”. She placed 20th in the grand final.

Earlier this year, Rasmussen and his bearded band of Norsemen delivered a surprise top-ten placing, with the televote favourite “Higher Ground”.

What do you think? Who would you like to see competing at DMGP 2019? Tell us your thoughts in the comments section below! 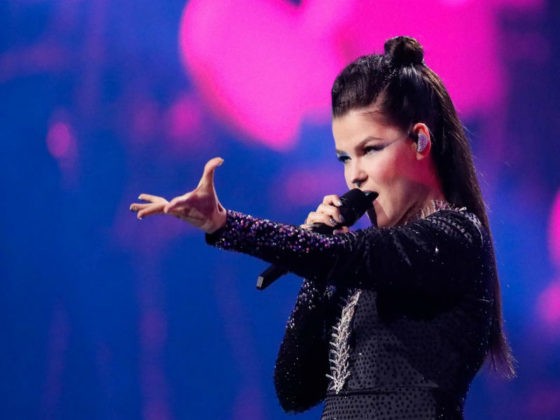 Finland: YLE will reveal information about UMK 2019 in September Can Simone please return already? I love her songs (and she competes every 3 years so she must be there in 2019 hehe)

Denmark needs to send a pop song with a modern rhythm. I loved Higher ground but it’s time for a dane girl to shine.

Anja Nissen should go for Denmark once again but with a great song.