In 2005, Glennis Grace represented the Netherlands at Eurovision. Thirteen years later, she’s on her way to the semi-finals of America’s Got Talent. Glennis wowed the judges and audience with a performance of “Never Enough”.

The Dutch soul singer may be best known for her soundalike performances of Whitney Houston songs, but for her America’s Got Talent performance, she mixed things up. Glennis tackled “Never Enough”, the song originally sung by Loren Allred (and mimed by Rebecca Ferguson) in the hit musical film The Greatest Showman.

Glennis’ journey started back in June when she impressed judges Howie Mandel, Mel B, Heidi Klum and Simon Cowell with her audition performance of Whitney Houston’s “Run to You”.

At the time, she told the panel of her motivation. “I have an 11-year-old son and he would love to see me follow my dreams.” She also added, “Ever since I was a little kid, I knew I was made to sing for lots and lots more people.”

Glennis then had to face the Judge Cuts round. She took Mel B’s advice and moved away from the Whitney Houston songbook. Glennis gave an emotional performance of Prince’s song “Nothing Compares 2 U”. It was enough to get her through to the quarter-finals.

As well as her appearance at Eurovision 2005, Glennis is also known in the Netherlands as being part of the four-piece Dutch soul diva supergroup, Ladies of Soul. As well as Glennis Grace, the group is also made up of Edsilia Rombley (Netherlands 1998, 2007), Berget Lewis (Nationaal Songfestival 2003, The X Factor UK 2017) and jazz saxophonist Candy Dulfer. Trijntje Oosterhuis (Netherlands 2015) is a founding member and sometimes still performs with the group.

Glennis Grace got her big break in 1994 at the age of 15, when she performed as Whitney Houston on the talent show Soundmixshow. Her performance of Whitney’s “One Moment in Time” helped launch her career as a professional singer.

This eventually led to Glennis competing in Nationaal Songfestival 2005, which she won with the song “My Impossible Dream”. However, the success was not repeated at Eurovision. Glennis placed 14th in the semi-final, kicking off the Netherlands’ eight-year non-qualification streak.

But her America’s Got Talent stint could offer better results. Having again impressed the judges, Glennis will next face the semi-finals where she will be vying for a coveted spot in the grand final.

What do you think? Will Glennis Grace make it to the America’s Got Talent final? Share your thoughts below! 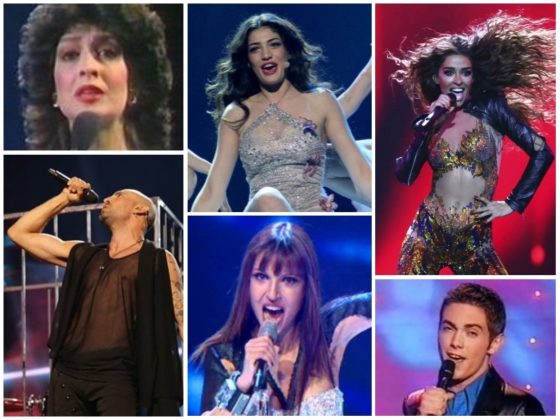 10 reasons why we love Cyprus at the Eurovision Song Contest 10 reasons why we love Russia at the Eurovision Song Contest

Beautiful! Love The Greatest Showman! Love this song! I really want to see her in Eurovision.????

She’s right to try her luck, no one knows her in the United States even if the internet never forgets XD After, there are already so many thousands of equally talented singers, who try every day their luck in countless castings … For me it’s even harder to make a career there than in any other country. But there is the magic of tv shows. I wish her good luck.

I hope she goes back to eurovision one day.. she could easily get a place in the top 10 because of the juries.

She deserved to qualify in 2005, what a horrible injustice .i still remember getting goosebumps when she hit that high note at the end of the song .go glennis X

OrangeVorty
Reply to  Con b

Branko
Reply to  Con b

She was overrated in 2005. She tried too hard to copy Whitney Houston (One moment in time) and people didn’t like that. Deserved not to qualify, because there were better acts. If she had had a better song, maybe she would have done better.