The line-up for the 2018 edition of New Wave — the international contest for young singers — has been released. The contest will feature Greek singer Demy, as well as many acts familiar to national final fans.

The most familiar name to Eurovision fans will be Greek songstress Demy. After long being on many fans’ wishlist, she finally competed at Eurovision 2017, where “This Is Love” placed 19th.

But the line-up of competing acts features familiar names from national finals and television talent shows.

Gevorg Harutyunyan will be familiar to followers of Armenia’s national final Depi Evratesil. In 2017, he made it to the top 24 before being eliminated. This year he had better luck, when his song “Stand Up” made it to the grand final and placed seventh. In 2014, he was the winner of the Armenian version of Dancing with the Stars.

Malta is represented by Klinsmann, a regular participant in the Malta Eurovision Song Contest. He competed most recently in 2017, where his upbeat song “Laserlight” opened the show and placed ninth overall.

Representing Azerbaijan is Emil Kadirov. We caught up with him at Zhara Fest 2017, and he was rumoured as a potential Azeri act for Lisbon.

The Netherlands will be represented by Julia Zahra, also known as Julia van der Toorn. She’s best known for winning season four of The Voice of Holland, where she was coached by Ilse de Lange. Julia has also competed on De Beste Zangers van Nederland.

Other contestants have a background on The Voice. In 2017, Ivaylo Filipov was a contestant on The Voice of Bulgaria but was eliminated before the top four. The same year, Ana Zorina was a contestant on The Voice Russia. Coached by Dima Biland, she made it to the quarterfinals before being eliminated. Sasha Pashkov will feature on the upcoming seventh season of The Voice Russia. No spoilers as to how he did, but we’ll just say he evidently has space in his diary to compete in New Wave.

Lenni-Kim is originally from Montreal, Canada, but has made a name for himself in France. In 2015, he competed on the French edition of The Voice Kids, but was eliminated in the Battle round. He has since made a name with his YouTube covers, and last year he was the runner-up on the French version of Dancing with the Stars.

The contest also features Marko from Italy and Mad June from Kazakhstan. Plenty of Russia acts round out the 2018 lineup. Darya Antonyuk, who was an early name rumoured for Eurovision 2017, is there, as well as Dan Rozin. Three Russian groups also feature: EtnoZapil, Ki? Tua! and Pidzhakov Live.

New Wave 2018 takes place from 4 to 9 September and will be broadcast on RTR 1 and RTR Planeta. 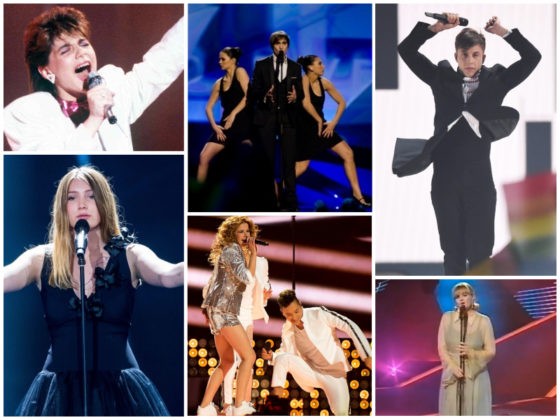 10 reasons why we love Belgium at the Eurovision Song Contest “We can’t wait to meet them!” — Madame Monsieur confirm they will meet Mercy and her mother

Lenni-Kim? XDDDDDDDD he’s not a bad singer but first thing that jumped to my mind was that: https://www.youtube.com/watch?v=cMXW7CAGHNg
(anyway good luck to him xd)
And I hope Demy will sing here at least a little better than how she did in Kiev xd
But all the best to the contestants and so on 😀

I still dream to see Emil as Azery paticipant on Eurovision. But people in Azerbajan don’t like him, as I know. Maybe if he will win this his chance will rise.

Someone from The Netherlands and Canada? I never quite got this competition, which is sad given that a lot of ESC stars are involved.

Think of it as a direct rival to the bigger WCOPA, the World Championship for the Performing Arts.

In the past I saw some Indonesian participants as well, there were Americans (someone from USA even once won, if I’m not wrong) and Chinese as well…

The UK ought to get involved in this