Speaking to KAN on Thursday evening — August 30 — EBU Executive and Supervisor Jon Ola Sand eliminated Eilat as a potential host city of Eurovision 2019. That leaves only two options on the table – Jerusalem and Tel Aviv.

But Mr Sand had a clear message for the host city: namely that hosting Eurovision without having the possibility to work on Saturday is impossible. This may suggest that Tel Aviv will win the honour of hosting the contest — it’s more secular than Jerusalem, which is the centre of the country’s Ultra Orthodox population — but we will have to wait until next week when a final decision will be made.

During his interview, he delivered some interesting announcements regarding next year’s contest.

Here are the biggest highlights.

1. Eilat does not meet the requirements

Jon Ola said that after good meetings with all candidates, Eilat was overruled because they do not have the right venue.

“We discussed their proposal, which I very much appreciated because it was out of the box but unfortunately we had to decline their offer because the venue they proposed doesn’t meet our requirements”.

When asked to address the ultraorthodox demands to avoid rehearsals during Shabbat, he made it clear that this is impossible.

“To do the Eurovision Song Contest you have to be able to work 24/7 for all the weeks not only the production week and the rehearsal week, but the weeks before when you build up and set the site and adjust the venue, and I regret to say that there is no way that Eurovision song contest can be hosted anywhere without having the possibility to work also through Saturdays. This is absolutely impossible and paramount for us.”

He also commented on the endless headlines since Netta’s victory — and input from various political leaders. Not all of their comments have been true.

“I sense that it’s actually the same every year —  it always creates a lot of attention in the winning country. There are a lot of people positioning themselves that would like to take a part in it and have a statement about it and all of this is quite natural. But when the dust settles and when we get to talk to the broadcaster, which actually is our counterpart, not the government or the city, it’s getting more quiet. But I followed the Israeli media and not everything was true”.

Finally, he was asked about the threats to boycott Eurovision — and in particular from Ireland — and he said that this is not serious.

“We’ve had no serious talks about this and especially not from our members, they’re all comfortable and they all believe that Israel can host it very well.”

A decision about the host city will be made next week so we except more dramas from Israel.

What do you think? Are we heading to Tel Aviv? Or will Jerusalem finally win again and become host for the third time? The contest still may take place in Jerusalem and you can have nighlife, gays bars and stuff like that. Tel Aviv is just 1 hour away from Jerusalem. Besides, we can expect opening of high-speed train line soon, so the journey will be even quicker and more comfortable.

I do hope it’s going to be TLV and I hope the stage will be smaller then last year as some great songs get a bit lost on those big empty stage!

Daniel Aleks Yastremskiy will represent Belarus at Junior Eurovision 2018 with the song “Time”.

It is a very good song!

Your argument is invalid.

So which requirements does tel aviv not fullfill according to you?

It must be jerusalem

I won’t be going to the sacred land anyway

Just say it’s Tel Aviv and get on with it already. We all know it.

Poor Eilat… Although it was quite obvious that it’s not gonna happen, I was still hoping for some underdog story.

so it’s decided, Tel Aviv 2019! well, if you read between the lines then what Jon Ola said is “Jarusalem can’t host the contest do to the sabbath(shabat) issue. as an Israeli I can say that Tel Aviv is a very open minded city and can offer nightlife, fine cuisine, great beaches and the fans will have a lot more to there. I bet we will see the decision saying “jerusalem hosted twice so it’s time for another city” or something diplomatic as such.

i still see jerusalem. Shabbat is law in all israel, (both jerusalem and tel aviv), and what Jon Ola said, was basically: “we wont follow those religious demands, neither in jerusalem or Tel aviv”. And othodox people already dealt with that the previous 2 times in jerusalem, where shabbat was not respected. So… I think the goverment wants Jerusalem (for political reasons), the Stadium is better and bigger than Tel Aviv’s, as it seems to be the bid (you forgot to mention that Jon Ola said in the interview that the jerusalem org was “very well prepared” and that recieved… Read more »

First of all, check your facts. In 1999 the orthodox community forced the cancelation of all the rehearsals during Friday and Saturday (there was NO DRESS REHEARSAL for the show in 1999). So no, the orthodox community wasn’t fine with the shabbat issue in the previous contests. Second thing, as an Israeli you must know that all of the clubs and bars are wide open during Friday night, meaning that this “law” you are talking about does not really exist, or not being enforced. Thousands of people are working in Israel during the shabbat, including myself when I was working… Read more »

The stadium? It’s an indoor arena. Additionally, the Pais Arena has a capacity of 15,000 people, however with the construction of the green room and the stage, this number will decrease up to 10-11,000 people, which again won’t make a huge difference to the Tel Aviv Convention Center with a capacity of 8-9,000 people.

Jerusalem doesn’t fit to the atmosphere of the contest, thus Tel Aviv is the only suitable option.

What law? All football matches in the Israeli premium league are held on Saturday all over the country… (and many of the football fans are, while not religious, of traditional background, and still attend games without problems), movie theaters, music concerts and theater shows are taking place in Tel Aviv every weekend (as well as outside Tel Aviv) and no-one seems to be bothered… Don’t say things that aren’t true. The law talks about usual businesses and offices (some of which piss on that law in Tel Aviv as well). Of course in Jerusalem it’s a bigger issue because the… Read more »

I think there is more of an issue if it is a “State Event”, than it if is a private one. You also have this thing of the “Status Quo”. Football was played on Shabbath in Israel before this arrangement, so it continued until today. But the ESC? Where does it fit? Let’s hope it never becomes an issue, like when the Giro d’Italia was taking place in Israel on Shabbath, and the Orthodox just seemed to ignore it.

Please be in Tel Aviv.

Tel Aviv will be AMAZING!!!

So it looks like we’re going to have a very small Eurovision next year.

https://www.youtube.com/watch?v=0q9t9Yo1fmI
Here is the VMA’s, does this look small? The Radio City music hall contains only 6k spectators (with the huge stage and camera gear used for this show, even less than that). The hall sealing there increases in height up to 25m while Pavilion no 2 has a sealing of 20m (not very significant difference). Pavillion no2 is larger in space. So why do you think that for a good and impressive tv show (which Eurovision is) you need a huge venue and 15k spectators at the least?

I’ll add and say – even it is small and looks small, why do people care too much? you’re anyway watching it through the TV screen..

People like to b*tch about everything. That’s what the comments section was invented for. Apparently.. 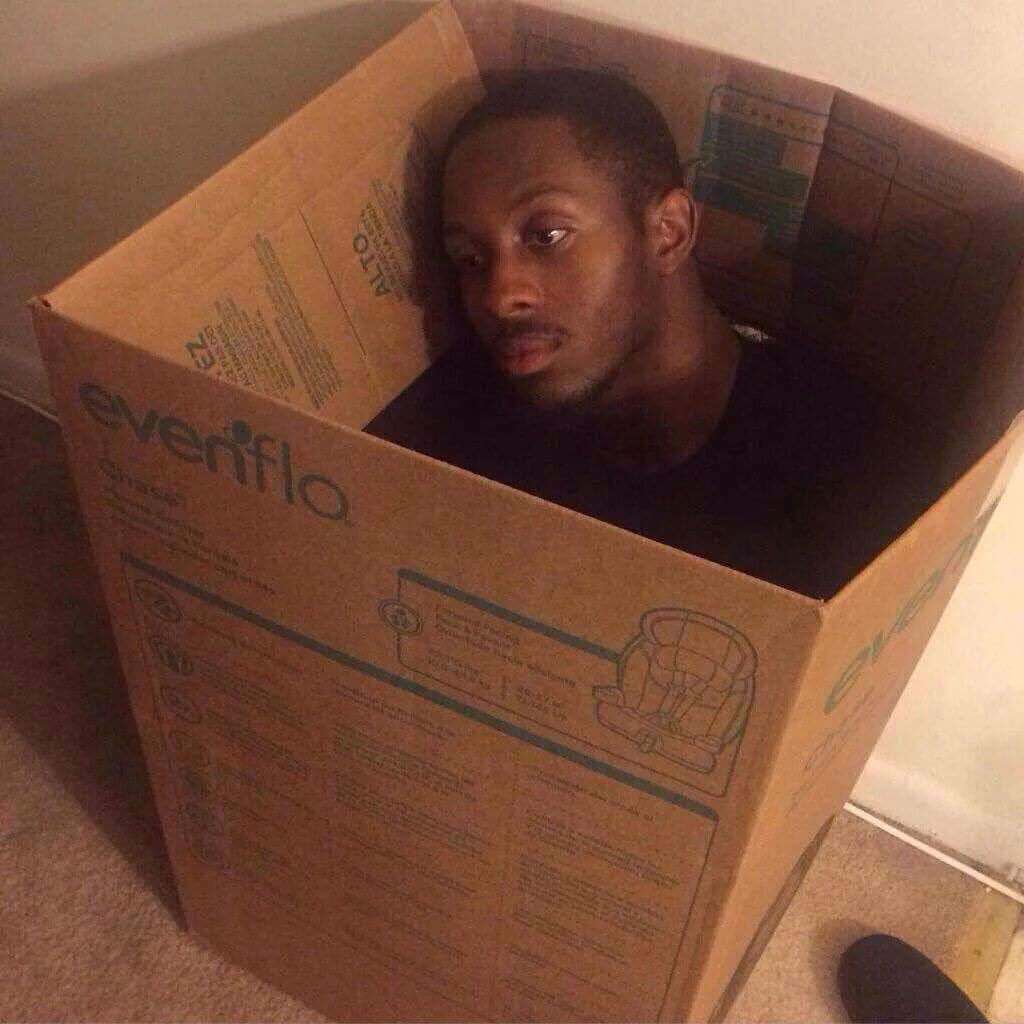 what boycotts? those that jon ola said doesnt exist?, made by people who wants to bring violence and fear in people? Those kind of people in my land have a name: “terrorists”. And i thought the message all around the world is not fail into terrorist demands and dont let the fear they want to provoque, rule our lives. Jerusalem is an israeli city since 75 years ago, and those that today claim is not israeli and claim for boycotts in case jerusalem get to host, remember that the entire state of israel is the same (including tel aviv) and… Read more »

But why would you prefer Jerusalem over Tel Aviv to host Eurovision ? :/ Just wondering…

Maybe the size? the venue in Tel Aviv completely joke

The size doesn’t matter, haven’t you heard this one yet?
Jerusalem will be a horrible host city of modern Eurovision…
Radical religious people, tons of homophobes (and we know there are so many LGBTQ+ Eurovision fans), while Tel Aviv is simply open minded by far and less religious.
Also, beaches, who doesn’t like a great beach on a hot day?

jerusalem is an storic city plenty of tourism spots, the stadium is bigger, the organization is prepared and with the homework done (per Jon Ola Sand), the national goverment wants that city (which means they will invest on it, and will create the best invoirement to show their muscle)… just to name a few. Tel aviv is not bad either, dont get me wrong. Night tourism, more occidental (that can be a pro for some people, for others who appreciate different cultures may be the opposite…), the beach… But i honestly consider Jerusalem better. Tel aviv would be like going… Read more »

I love him already!
I’m from Israel and I strongly stand against the radical religious people here who want to control everything and everyone in this country.
Tel Aviv 2019! Best option without a doubt!

I mean, wow. What a shocker. Eilat’s out. Who saw that coming?
At least the stuff about no boycotts is reassuring, if not for Ireland (who already confirmed participation) then at least for Iceland.

I remember someone from the Israeli delegation said in Baku 2012 they had secret spies for their own secret spies and actually stopped people trying to kill them, are the muslim nations okay with going to israel and is everything going to be safe?

I hope so, I mean, when it comes to security, we’re great, but people are more than invited to enjoy the contest and generally the time in Israel, it’s those radicals and the government who lead us to a world without peace in the middle east….
I’ve got Muslim friends and we work at the same place and we’re totally fine…

Would just like to say that, that was not actually really. One of the delegation members wrote a fictional book about Eurovision where that happened.

Azerbaijan is one of the only muslim majority nations in Eurovision and they have great a relationship with Israel with diplomatic and cultural relations.