They say that bigger is better.

And that proverb appears to have inspired Estonian broadcaster ERR, which has just announced sweeping changes for Eesti Laul 2019.

The semi-finals will take place outside of Tallinn for the first time and in another first they’ll be broadcast live. In previous years, the semi-finals have been taped in advance and then broadcast a week later, when live voting takes place.

Foreign artists will also be allowed to enter the competition, alongside Estonians.

The number of songs in Eesti Laul 2019 will also expand. There will be 24 semi-finalists, up from the usual 20 and twelve finalists instead of ten.

The dates have also been pulled forward. The first semi-final will take place on January 26, with the second on February 2 and the final on February 16.

When will we hear the Eesti Laul 2019 songs?

The semi-finalists will be revealed on November 15, but eager fans will have to wait until December 4 to hear the songs.

Speaking about the changes on talkshow Ringvaade, new Eesti Laul boss Tomi Rahul says the changes will bring the show, “closer to the people.”

He also says the new participation fees are to encourage, “writing of Estonian language songs”.

Rahul also says Estonia’s most successful Eurovision songwriters were consulted on the changes and all endorse them. The change to allow foreign entries has also been driven by requests from “prominent composers”.

Speaking about his role he added, “I’m still studying every second of every day.”

In recent years Eesti Laul has developed a reputation for offering a more eclectic mix of songs than other national finals on the circuit. Whether there will be changes to the songs selected remains to be seen. Sweden: SVT drafts in Edward af Sillén to “save” Melodifestivalen 2019 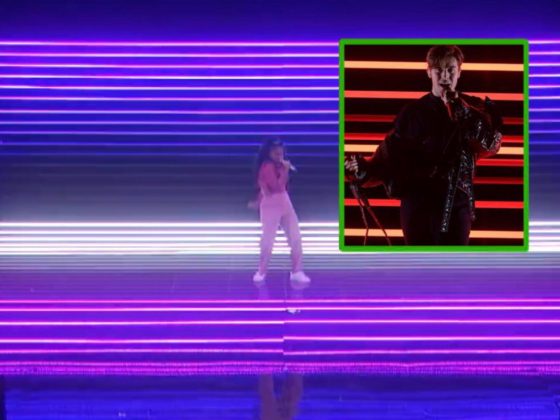 Did America’s Got Talent copy Benjamin Ingrosso’s “Dance You Off” staging?

i am afraid Ralph siegel will like this article…

So it’s MF but in Estonia?
Someone’s been in Sweden a number of times…

They try so hard to copy MF

I’m broke a lot of times but paying 50 euros instead of 25 would not scare me away from doing anything. I certainly hope the new format will not lead to 50% of the songs being written by Thomas G:sson-like songwriting refugees from Sweden or amateurish Eurovision fans peddling their lame songwriting attempts to every national final there is. Estonia, you do know by now that you’re better than that, right? May la forza be with you!

As if a fee is going to stop Mr G:Son..
Knowing him he probably will have more than one entry too!

At least half of the songwriters still need to be from Estonia, so all those Swedish song-peddlers will have to put in a bit more effort to qualify. Finding local people to co-write songs with is not quite as easy as just sending in a bunch of crap and calling it a day. 🙂 Also I imagine the pre-selection juries would toss most of them out anyway, if they ever made it that far.

I’m really happy with this change. I think having the semi-finals live shows who are actually good in performing live, which is necessary requirement to do well in Eurovision. And it gives them push to take it seriously. With the participation fee, it can motivate to write songs in Estonian, which has been lacking recently, perhaps now we will have them back more and more. On the other hand foreigners joining can also boost the overall quality and have more diversity (and I think perhaps even have better songs, sorry not sorry). Overall it also may keep away those wannabe/hipster… Read more »

They originally recordered songs once unless brodcaster made a mistake. So technically in past years singers already needed to be good at singing live.. now broadcaster has to be good at it as well. Last year for example La Forza needed to have several takes because broadcaster ran into some problems with her unique staging. With this new format we might have not gotten Elina this year.

I love how the national finals are getting even bigger, or at least the ones we’ve heard about. France, Germany, Latvia, Estonia, Finland, Israel…all headed in great directions.

Ahh the SKINNY country that gave us Verona and La forza, ready for them to come through with that 1-2-3 punch and win next year.