The 2018 series of The X Factor UK has been stuffed full of former Eurovision acts in the auditions stage. And with the final show part of the Six Chair Challenge, we now know the fate of Maltese Junior Eurovision winner Gaia Cauchi.

The 15-year-old Maltese singer had auditioned as a solo performer in the Girls category, however last week viewers discovered that she had been put into a girl group.

Tonight the group made their debut. Viewers were introduced to Sweet Sense, a five-piece girl group made up of Gaia Cauchi, along with Kezia Povey (15), Ellie Grand (17) and twin sisters Billie and Charlie Thompson (both 18).

The group performed Mark Ronson and Bruno Mars’ “Uptown Funk” and slayed the audience with their vocal harmonies. Despite having only been performing together for a short time, Sweet Sense already showed friendship and good chemistry.

The performance impressed the Groups’ mentor Robbie Williams (and former member of iconic boyband Take That). He gave them a seat and didn’t swap them, ensuring Sweet Sense would have a place at Judges Houses — and a 50% chance of making it to the live shows.

Maltese media hasn’t been so supportive of Sweet Sense. Lovin Malta described Gaia as having been “forced into” the group. But while it could be frustrating for Maltese fans to see their JESC-winning pop princess not shining as a solo performer, being part of an X Factor group isn’t necessarily a bad thing.

Two of the most successful X Factor UK acts ever have been groups formed at the auditions stage. Boy band One Direction went on to become an international pop phenomenon. Since their split, several members have gone on to successful solo careers.

While girl group Little Mix — who won The X Factor in 2011 — have also gone on to enjoy international success. They have released four platinum-selling albums and are due to release a fifth album soon.

But whatever happened, she won’t be among the acts battling it out for a place in the live shows at the Judges’ Houses shows starting Sunday. Also knocked out of the competition is the Romanian Eurovision 2013 star Cezar Ouatu. He lost his Overs seat in the Six Chair Challenge last week.

But Gaia and Ireland’s Brendan Murray will both feature in the Judges Houses shows. Gaia and the Groups will head to Los Angeles, where judge Robbie Williams will be joined by Britain’s Got Talent star David Walliams. Brendan and the Boys will fly to Ibiza, where judge Louis Tomlinson will be assisted by fellow One Direction member Liam Payne and legendary producer Nile Rogers.

What do you think? Will Gaia and Brendan make it to the live shows? Tell us what you think in the comments section below. 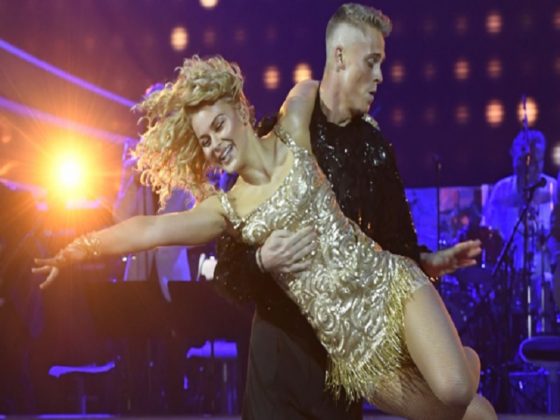 New music roundup: The latest releases from Russia’s Eurovision stars of the 2000s – part one

They need to stop trying to create a new version of Little Mix because that ain’t gonna happen.

You may have a point. These days it looks like there is only room for one boy group and one girl group; and with Fifth Harmony possibly on its last legs in the U.S., and One Direction calling it a day (so to speak), right now the boys of BTS (on their way up) and girls of Little Mix (hanging on at this point) fit the bill.

I mean I agree, but how are BTS ,,on their way”? They’re the most succesful boyband on this planet and they’re insanely popular and doing their thing since 5 years already. They’re already on top. (Also, Fifth Harmony’s Career is indeed probably over… I Always thought Little mix was better anyway.)

Why do not they asked Gaia or she can sing for Malta in Tel aviv. It will be the bomb and final ticket for sure. But with a ballad please.

CookyMonzta
Reply to  No big 5.

Will she be 16 by then? If this girl group is eliminated early, and the Maltese X-Factor produces a potential flop or trainwreck of a winner, they could scrap the whole thing, withdraw their winner and pick Gaia by internal selection. But then again, young as she is, they could be throwing her to the wolves, like San Marino 2015 did with Anita Simoncini and Michele Perniola (both 16 at the time), under the direction of none other than Ralph Siegel. :-X

It will just bomb tbh.

No silly. She can win the show with a ballad. =D
We already did saw during jesc 2013. Europe did love her.
Why malta not sent her.??

Yeah, well, JESC is a completely different show anyway. I found her song extremely boring, I don’t think she has any star quality and she kinda ruined JESC because after her the show became flooded with boring ballads.

She will come far, idk if the group is going to survive but she is such a talent, I think she can make it.

the show is so rigged. so Gaia is in a group and Brendan is seen as a star…

Gaia is 15? She can use this girl group to get further in her career and when she is older and can branch off solo just like the boys from One Direction.