Swedish newspaper Aftonbladet is reporting that Wiktoria and Nano each have a song lined up and are ready to take another shot at Mello glory.

Aftonbladet’s source says that Wiktoria will sing a ballad, and reckons “she’s been given a chance to show off her vocals properly”.

Nano made his Mello debut in 2017. His uplifting soul anthem “Hold On” won the Swedish televote and placed second in Melfest overall.

With their track records, both Wiktoria and Nano are considered serious contenders to win Melodifestivalen 2019.

Aftonbladet also reports that dansband Arvingarna (The Heirs) are also making a return to Mello. As young men, the group won Melodifestivalen in 1993 with the upbeat Swedish-language song “Eloise”. It went on to place seventh at Eurovision 1993.

The paper also reports that both Jon Henrik Fjällgren and John Lundvik are searching for songs. If they can find the right entry, they could be each added to the Mello 2019 lineup.

And sad news for fans of Jessica Andersson. The Eurovision 2003 singer won’t bring her party voice to Mello 2019. Aftonbladet report that she has been asked but said nej tack.

Wiktoria, Nano and Arvingarna will be joined at Melodifestivalen 2019 by Oscar Enestad and P4 Nästa wildcard winners The Lovers of Valdaro.

What do you think? Can Nano or Wiktoria give Sweden its seventh Eurovision win? Share your thoughts below! 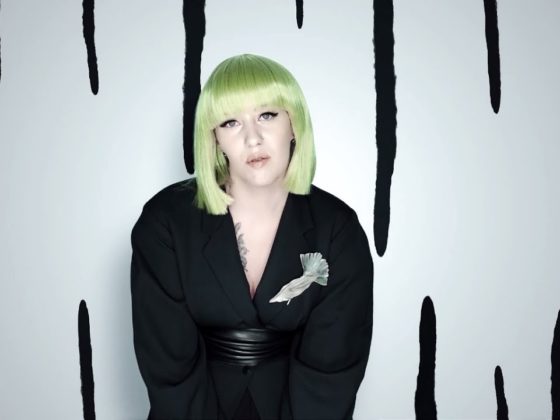 We watched Israel’s four Eurovision winners and filmed our reaction

Jesus ppl! These are just rumours of Aftonbladet (sweden’s number one gossip paper) I wouldnt go hype before SVT actually says something. I hardly believes in them as a source!

Not very hyped about Wikipedia singing a ballad, even though I love her so far in her discography her uptempos are objectively far better. Jon Henrik has me excited though, he’s original and exactly what Sweden, a country with a lot to prove in terms of the quality of its Eurovision entries, needs. He’d be perfect.

I hope LIAMOO also comes back. One Last Breath was pretty good. Would like to hear him sing something more upbeat and mature though.

When y’all going to discuss the chances for Normandie to get an invite for MelFest?

I have a feeling that these will appear as well:

Molly Sanden
ISA
Some old contestant from Swedish IDOL (maybe Amanda Wiberg, Hanna Ferm or Chris Klefford)
Omar (the one from FO&O)…will add some drama since his old band mate is competing as well

Would love if some unexpected artists would join though, like
Sabina Ddumba
HOV1
Linnea Henriksson
Cherrie

Wiktoria please. Even if it is a ballad, she was robbed in 2017.
3rd time lucky

It is a pity that Mariette will appear in 2020, because she, according to my opinion, is able to bring back the Eurovision to Sweden, she has great songs and vocals

Okay, I’m glad for these, I like them. But I still want Linus Svenning 🙁

Im not excited about any of the acts. I never understood the hype around Nano. It was a good song, not great.Why it was the voters favourite I don¨t know, didn’t deserve it.
Arvingarna and dansband hasn’t worked in MF since it’s reshape to a modern festival in 2011. But someone has to end up last, like Rolandz or Owe.
Jon Lundvik I could care less about, or his old fashioned songs. Same with Jon Henrik.

It’s still a good thing for Melfest to have some actual traditional Swedish songs in it, though.

Dansband isn¨t exactly traditional. And no one listens to it, willingly!

I was thinking more of Jon Henrik, actually.

Arvingarna will be the third well-loved senior act to be qualified to the grand final similar to Hasse Andersson and Owe Thornqvist.

Only like Jon Henrik Fjällgren out of the artists mentioned in this article. The others were all over-hyped considering the songs they put forward.

Eloise is a classic!

I’m still waiting for Danny Saucedo to come back and finally win. After two consecutive 2nd places, I for sure thought he would triumph sooner or later. Maybe he’s lost interest.

I think some international juries gave him top marks over Loreen in 2012. I guess they really didn’t want Sweden to win Eurovision that year.

I think the interantional jury gave him more points because before 2012 Danny was pretty successfull in Europe. Especially in central Europe, like in Poland where he’s still well known due to his activity 2005-2010

He has moved away from MF. You should never say never but I doubt he will be back. And why should he? He doesn¨t need it any more. He has a bigger career now than when he competed!

It so should have been Wiktoria to represent Sweden in 2017. Give her a killer song and I won’t mind Sweden winning again.

Wiktoria for the win!

I am already bored, watch the generic Swedish song coming

And we swedes are already bored with you :). You cant say 28 songs are generic before HEARING them. I say generic 7 days a week if i have to choose that or have a horrible selection like San Marinos or Portugals. One have the worst selection ever and the other songs from the stone ages.

well of course if i had to choose i would choose mello, but that doesnt mean that it isnt full of generic songs without anything to stand out (hello 2017). Sweden plays too safe imo, and thats like loosing the spirit of the contest. Jon henrik would be great for eurovision since he does something unusuall but i doubt that the international juries would place him high. Dare to do something different Sverige.

I understand your thoughts. I hope we can shake it up with a swedish ballad, a woman or a group 🙂

I think there may be another dansbandssångare. Crister Sjögren from Vikingarna will participate in Så mycket bättre, and I think he mait go the same way as Kicki Danielsson last year. Crister is loved by many.

I hope for Jon-Hendrik. My dream is a colab between him and Loreen. Imagine the magic.

I betting that, if he does another duet, it will be with Maxida Märak.

love them all, good rooster so far

Wiktoria in Mello? Y E S! She’s amazing and deserves to do well. It’s time for Sweden to send girl power to Eurovision, and Wiktoria would be a great choice!

I must remind myself that the letter “W” is a “V” in Sweden and other places.

I am hyped! I’ve always liked Wiktoria, however I feel like there’s always been something of about her entry’s. This year I hope she brings something I will like. Nano was my 3 place in 2017, but I don’t know if he will do SO well this year. He doesn’t really have many songs that would do well at mello, only hold on…

I don’t agree with you, Nanos latest song Love harder would have done really well if it was a Melodifestival song…unfortunately it is not 🙁

I want Ace Wilder back, but not with another rebel song, please.

Nano has no star quality at all. His song from 2016 was nothing special.
He is NOT interesting

That “nothing special” is the kind of song that did wonders for Cesár Sampson the very next year, 3rd at ESC 2018.