While Australian broadcaster SBS are busy at work preparing for their inaugural national final next February, rumours have erupted online of a potential announcement for the first Eurovision Asia Contest.

Our team has reached out to the producer of the Eurovision Asia Contest and Australian Head of Delegation, Blink TV’s Paul Clarke, who has shut down the rumours – telling wiwibloggs that there is “nothing to say at this stage” regarding ESC Asia, and that their focus is currently on producing an outstanding national contest in Eurovision: Australia Decides – which we are no doubt looking incredibly forward to!

Paul’s statement follows a claim from an Australian journalist for Nine News that the first Eurovision Asia Contest, which has been in planning since 2016, will take place on the Gold Coast in Australia – the same location that the Australian national final is held.

The journalist has released a supposed City of Gold Coast report which specifies the contest to be held with 16 countries over 8 days, and is to mimic the European version of the event – with red carpet arrivals, press meet and greets, rehearsal shows, and a Saturday night grand final.

The report also shows a tentative date for the grand final of Saturday, 7 December 2019, with a Eurovision-style schedule of rehearsals and press conferences taking place in the week prior. However, it’s important to note that this date has not been confirmed by any parties involved — so don’t go booking non-refundable travel!

Paul’s statement follows that of former SBS Managing Director Michael Ebeid made earlier this month that organising the Asian contest is proving “too geo-politically difficult”, with the broadcaster in charge of organising the inaugural event putting the idea on the back-burner.

“(Eurovision Asia has) probably been my one disappointment. I would have liked to have made more progress on that. It’s just proven too geo-politically difficult. We are still talking to a few of the countries but we have put all our energy into this other idea we’re planning to announce soon. It’s more in our control and continent, whereas trying to get 10 Asian countries to agree has proven really difficult.”

The EBU announced back in July this year that plans for the Eurovision Asia Song Contest were still “early”, casting doubt on whether the planned 2018 debut would eventuate. Back in July an EBU spokesperson issued the following statement:

“Work on bringing the Eurovision Song Contest to Asia is still ongoing and EBU are working closely with the organisers to help them bring it to fruition. It’s still early in the development process but once the team are at the point they are able to talk about timings we will be sure to make an announcement.”

And with less than one week until entries close for Australia‘s brand new national final, broadcaster SBS has issued a reminder, urging Australia’s songwriters to get their entries in. The broadcaster has also confirmed details of the three shows that will make up the national final.

Entries for Eurovision: Australia Decides close this Sunday, 4 November. Entries have already been coming in to SBS. Commissioning Editor of Entertainment Josh Martin said,  “Hundreds of songwriters across Australia have already submitted a diverse mix of songs – from pop to country, ballad to thrash metal, novelty to opera and everything in between.” Paul Clarke also exclusively told us we have a lot to look forward to, with already submitted entries uncovering great Australian talent. 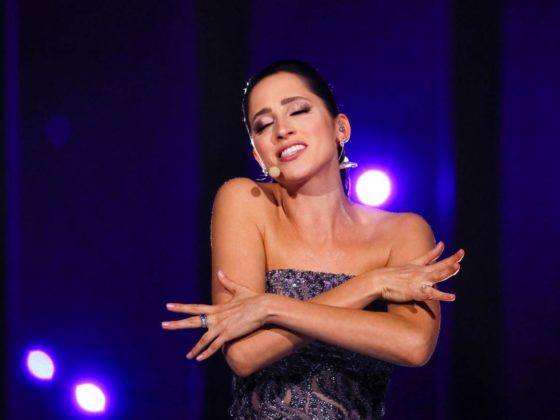 Estonia: One week before deadline, ERR reveals only 24 entries have been received for Eesti Laul

Hey friends you know where i need to go for play online card game? If you are still searching for the best ever platform then free checkers games here your wait is over now.

ABU has always been, and will always be irrelevant. No Eurovision brand no excitement!

Just leave the ultra-Islamic countries like Malaysia and Indonesia out and the contest will go on swimmingly.

Well, Chinese policies about broadcast will be the biggest hurdle tbh

Leave China out too so we can have skinnier Taiwan.

Tbh. I agree with you. Some really scary politics are going on in those countries…just look at aceh, They probably want to censor every little detail anyway.

But hey i’m european so it isn’t up to me. Probably won’t be following this as hard as eurovision either.

There are not much extremist Muslims in these countries you speak of that would want to halt the contest. Besides, some Malaysians and Indonesians are supportive of the likes of the Olympics and international beauty pageants. But they may be the kind to protest, like SOME western and eastern European countries. I suggest you look more into these countries before forming a generalized judgment about them. Hell, I’ve been to Malaysia twice and they are progressive and moderately tolerant than my home country.

Malaysia and Indonesia literally make huge protests when Western popstars intend to perform there… they’re the definition of downgrading, regressive countries and it’s all because in the past ten years their governments have been importing the Saudi type of Islam. A way to ruin a society.

Depends on the pop star really. For example, Taylor Swift once held her concert in Indonesia successfully. Carly Rae Jepsen, Demi Lovato and Hailee Steinfeld were invited to perform at the Indonesian Choice Awards with no protests. The only western artist I remember being protested by the religious hardliners is Lady Gaga. Her performance was considered too vulgar and satanic, hence the protests. I agree with you that Indonesia is becoming more socially conservative. I wouldn’t be too surprised if Indonesia became a fully Islamic country ruled by Sharia law.

Considering how successful Asia’s Next Top Model is with many contestants coming from Malaysia and Indonesia, I doubt that they won’t be participating. Especially how active their respective music industries are.

And Indonesia is quite secular.

I doubt that they would stage the contest in early December – the Gold Coast is typically packed with 17 and 18 year old graduating Year 12’s from across the country from the 16th of November till the 8th of December. The city isn’t kept in the nicest of conditions, as it is basically a massive beach/street party, with apartments getting absolutely trashed. Also most of the accommodation is booked out on the Gold Coast for that period a year in advance, and if the final is on the 7th then there is not going to be a lot of… Read more »

How could SBS host when they have so little $$$?

SBS is probably correct in this instance that it still in production as December 7 is only over a month away and how can a contest be ready to go within a month, I don’t think so. But this rumour could be half true but instead the contest will be taking place in late 2019 or even 2020

Better to keep our expectation low on this (again).

I mean Australia is as much in Asia as it is in Europe.

This is quite exciting, even if it’s just unconfirmed rumors at the moment.