They’re the former cover band who rocked Cyprus to the grand final back in Stockholm. Since their success at Eurovision, Minus One have truly entered their prime. Despite facing a lineup change last year, the band have continued to shake Cyprus and Europe, and are releasing more great music.

Their latest single is simply called “Girl“, and is a truly genuine and lovable rock song. It’s an uplifting energetic rock track talking about the lead’s love for a girl. It’s a beautiful and somehow natural change from the dark and mysterious “Alter Ego“. There are far less electronic sounds, as this leans toward solid rock.

It features a great guitar solo and some nice standout bass notes from Max-O-Matic. Also, the new frontman Andreas Kapatais has really found his home in the band. He’s a skilled rock singer who maintains the charming grit right throughout. The band seems to be working together very well, which points to an exciting future.

In an exclusive statement to wiwibloggs, band drummer Chris Ionnides explains the origins of the song:

“Girl” was actually written with our manager, Giampiero, in our studio at the time, so he now naturally thinks that he is a co-writer….Shhh! In all seriousness, he did have input in this song and mainly the lyrics — sorry about that! — so along with also being one of the first tracks written for the album with the new line up, this makes it very special to us!”

He also talks about the concept of the music video:

“The video is basically about five guys being crazy about the same girl. We wanted a simple and straightforward concept for our first single, and this song was perfect for that. It was just a day of shooting for us, but every new video is unique. In this case we had an interesting wardrobe: fur, leather, a 20,000 euro Zilli jacket, you name it! And although you can’t see most of it in the video, we had a blast at fitting!”

And Chris also has some new about Minus One’s upcoming album:

“The new album has a bit of everything in it, from a chorus that reminds you of Christina Aguilera, to heavy riffs that take you to Metallica. Every song is different, definitely not a boring listen for open-minded music lovers. Having recorded in Copenhagen with Soren Anderson as our producer, brought a whole new experience compared to anything we did in the past.”

The band has also really worked well on their direction. Their Eurovision performance is remembered for its odd camera angles and heavy strobe effects… making for some confusing if thoroughly entertaining viewing. This video, however, is raw and bold — with a decent amount of glamour and sexiness. It’s a very good rock music video, and it’s great to see from Minus One.

Minus One have been very productive recently. Shortly after their lineup change, they kept the momentum going by releasing “Other State of Mind“, which began their change of style. Since then, they harked back to their cover band roots by covering the classic “You Don’t Own Me“. They also signed a contract with Danish record label Mighty Music back in June and plan on releasing their album Red Black White on 14 December. We’re very excited for it, and it looks like this band has got many more great years in them yet!

So what do you think of Minus One’s new song? Do you like their new musical direction? Are you excited for their new album? Let us know below! 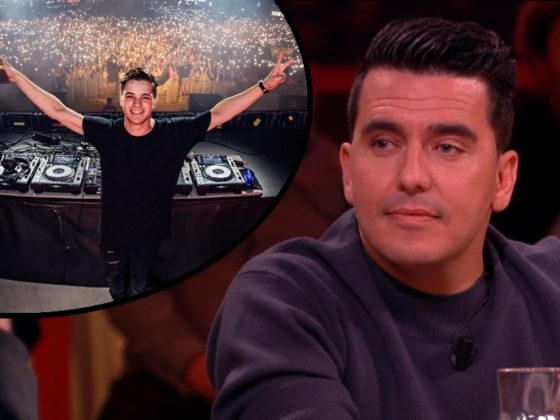 It is not my favorite music style, but it is a good track. Unfortunately, the “decent amount of glamour and sexiness” is based on the woman’s performance (so you are perfectly right, Natalie ^^), but I miss some male sexiness in here haha 😀