He’s the Grammy nominated British crooner who’s headlined in Vegas. He remains world-famous for notching up a UK number one with his 1967 song “Release Me”, which prevented the Beatles’ “Penny Lane / Strawberry Fields Forever” from climbing to the top. And he opened the Eurovision 2012 final with his ballad “Love Will Set You Free”. And this week Engelbert Humperdinck releases Warmest Christmas Wishes — his second Christmas album and his first in four decades.

Warmest Christmas Wishes’ features 14 heartfelt holiday songs – including two brand new original compositions written especially for this album. “Please Come Home For Christmas” is the first teaser to be released from the LP. Its simple video centres on the importance of longing for loved ones. The idea of this festive album was born during his yearlong 50th showbiz anniversary celebration last year.  Speaking to his fans via his social media channels, Engelbert says:

“It’s been such a long time since I recorded a Christmas album, and fans have been asking me, ‘When are you going to do another one?’ … Finally, we decided to do it. I love (Christmas). From me growing up with a large family and everybody singing around the Christmas tree, it was a wonderful, wonderful upbringing. So (Christmas) is very special with me to share.”

Warmest Christmas Wishes is a combination of 14 classic, new and unexpected festive carols. Traditional holiday songs like ‘Silent Night’ and ‘O Tannenbaum’ sit next to festive standards like ‘Please Come Home for Christmas’ and ‘White Christmas’ — all delivered in his inimitable style. Available in physical and digital formats. 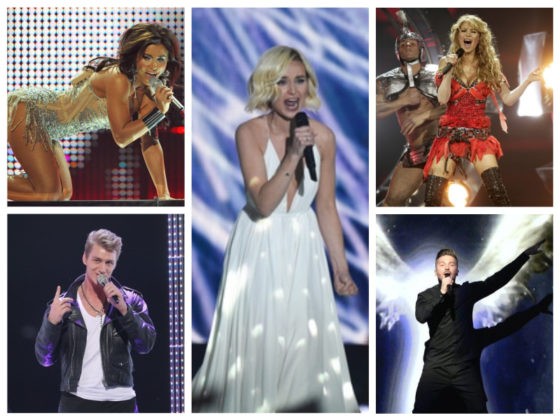 Should have went with Christmas with The Fizz

It’s a shame his Love will Set You Free didn’t do a little better at Eurovision but the strategy was a dud. He never performs the song anyway which says it all.

The song itself was a dud.

The only people that are going to buy this are the BBC crew. I’m British myself and I still think to myself why we sent him over…

A decent singer for his age but sorry this won’t be ending up in anyone’s stocking
. Still think he was dropped like a hot potato after Eurovision by the BBC…. Like they were embarrassed by him.