Eurovision tickets aren’t yet on sale, but that doesn’t mean you can’t go ahead and secure yourself one. That’s because Israeli Broadcaster KAN has published a promotion on its website in which it calls on fans to suggest locations in Israel for the filming of the Eurovision 2019 postcards. Participants with the best suggestions will win a ticket to one of the nine shows (rehearsals, semi-finals or grand final).

According to the terms of the promotion, participants can offer “the best location” either by uploading photos on their social media profiles (Facebook or Instagram) taken at their proposed location or by simply posting their ideas on their Facebook page with the tags #Kan-Eurovision or #Kan-Postcards (in Hebrew).

A maximum of three participants will be chosen by a designated committee of three members who will consider the “uniqueness” of the chosen location and the “originality” of the offer. The tender is defined as “thinking outside of the box”. We can therefore assume that places such as the Dead Sea or Masada will not win you a ticket. Perhaps a shoot inside the creativity shop that makes Netta’s amazing stage costumes will.

Submissions are open until 27 January — that’s one day before the running order draw.

The idea behind the promotion

Even though KAN is a public entity and as such it is subject to various legal requirements (like the obligation to run a tender regarding the services it acquires), there aren’t any requirements when it comes to promotions. It is therefore an initiative of KAN itself, who, since the beginning of its preparations, has been keen to interact with fans. A few weeks ago, they uploaded a humorous video on their website to introduce their “strategy” to secure a fifth victory by collaborating with last year’s runner-up and Israel’s geographicly closest European country – Cyprus.
The terms of the tender (see below) have also been demonstrated in a funny video.

Curiously, people have already posted their ideas some of which are hilarious.

– The city of Petah Tiqwa – a city which some consider the “ugliest” and most boring city in Israel.
– Ein Shemer – an old Kibbutz.
– The Western Wall with one of the leading stars of the Israeli version of Sesame Street.

In recent years, the focus of the postcards has been on the artists as they visited different locations in the host country. It now looks as if KAN intends to follow this trend in this year’s production as well.

As reported last month, OG Hafakot — better known as the OG Group — had won the tender for the production of the 42 postcards for Eurovision 2019. But yesterday it was reported by Globes that they decided to withdraw from the tender because it is no longer commercially practical for them. As a result, the company that will produce the postcards will be “Gustavo Productions”, as their offer was the second best after OG’s initial offer.

Gustavo Productions specialises mainly in commercials for top advertising agencies and leading brands both in Israel and abroad, as can be seen from their website. Recently, they produced a commercial for Partner TV, one of Israel’s leading internet TV companies, in collaboration with the Casa De Papel (aka Money Heist) Netflix series.

Do you have any ideas about cool locations in Israel? What do you think about KAN’s initiatives and attempts to create so much hype?

Dare to Dream? Israeli media reports that Madonna is in negotiations to perform at Eurovision 2019 in Tel Aviv This is my alternative, so maybe since the slogan is Dare To Dream then let’s have all the competing artists to have a dream or something they’d always wanted to do. It would start with them wandering around places in their own country until they reach a certain point, close their eyes, and are transported to an Israeli equivalent and the dream they dared to dream comes true.

Kibbuzt in West Bank and christian location in jeurshalem, bethlem and nazaareth for my catolic sister.

I think the Negev would be an interesting place to showcase, plenty of beautiful sights in there, from cliffs to canyons to oases, places like the Timna Park for instance. Up north in Haifa, the Sea of Galilee, Acre… then there’s the Jordan river… I don’t know, there’s a bunch of neat places that they could use for this. But it would be nice if it didn’t go in the 2012 direction, no artists no nothing included, just shots of the landscape, that would be pointless honestly.

Every year I wish the broadcasters decide to do the postcards in a 2014 style. D’you remember how cool they were? I also liked how the Portuguese just sent the artist to a beautiful place in their country. I’m not sure how Israelis are going to handle this… Showcasing your landscapes and culture is obviously an opportunity Eurovision offers, but sometimes this kind of postcards may look a bit bland.

Yeah, 2014 was such an epic contest, it got so many things right, from the stage all the way to the postcards. Imo only Sweden 2016 tops it (having Petra in there really helps a lot), but not by much.

While impractical due to time it would be cool to see the postcards be the artists journey to Eurovision. From their national final or the airport in their country to the airport in Israel to the red carpet and first/second rehearsals to backstage footage to any sight seeing they choose to do or any other events they partake in. Any combination of that to make a postcard.

Eilat is the place of celebration, joy and union

It seems like the postcards will be Baku 2012 vol. 2. I don’t like the idea, I need to see an artist involved in it!

Which Israeli Sesame character? My money’s on Moishe Oofnik.

It was actually Kipi Ben Kipod 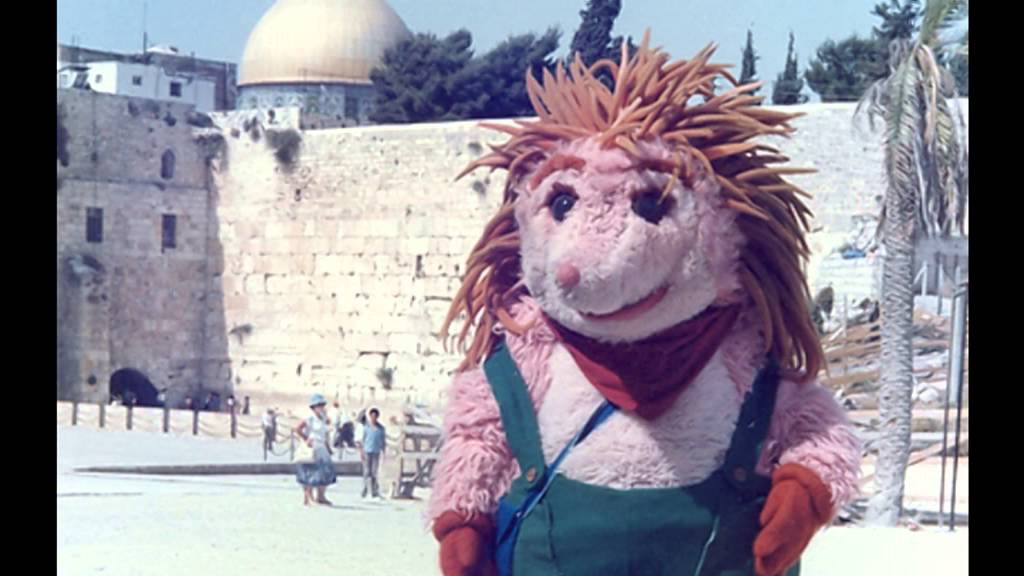 But as you can see Moishe Oofnik was also featured in that episode: https://youtu.be/9U9dTCGtXP0

Moishe was also in Jerusalem for that episode >> https://youtu.be/9U9dTCGtXP0