The Wiwi Jury — our in-house panel of music unprofessionals — is in Latvia to review the acts competing in Supernova 2019. In this post we are looking at Laime Pilniga and Liga Ridere. Could either of them be headed to Israel? Read on to find out!

Sebastian: Awe is a good word to describe my reaction to listening to this song. Total respect to Laime for hitting high notes and getting the key change. But “Awe” is not much of a song, rather than a compilation of notes and sounds. Ultimately, it leads the listener nowhere but lost among the pack.

Bernardo: I made a huge effort to listen this one until the end. “Awe” has all the good intentions channelling some rock vibes but doesn’t really go there. The vocals and constant repetition destroy what, I’m sure, was supposed to be an inoffensive pop-rock track. “Awe”, thank god it’s over.

Edgars: I really like this song. It could be played on radio stations around the world on Sunday mornings, it could be perfect as a soundtrack for a romantic movie or a commercial for breakfast cereals. It fits anywhere except Eurovision and nobody should vote for this song — it just doesn’t have that magical moment to make it memorable. Maybe the stage show could help.

Robyn: Something isn’t quite working with this song. “Awe” feels like an epic stadium rock song performed in the manner of a low-key folk-rock song. The arrangement feels like it’s really holding the performance back. It’s just not working.

Natalie: Is it just me or does the band seem to be making the song up on the spot as they go? I mean, there is a weird kinda charm about that. But it also makes me laugh whenever the singer is going “aaaahhhhhahhh” which isn’t the best sign for this going to Tel Aviv. To give them credit, I did get a lot of feeling from this song. It’s got a nice amount of passion and sounds really sweet. And that quiet ending was super nice. I just felt like it would’ve benefited from a bit more polish.

Luis: The Makemakes met The Lumineers and here we have Laime Pilniga. Is this some kind of Christian pop? I’m not converted yet but there are hints that this song could become something quite epic. It’s as if you had deconstructed an anthem. The lead singer brings a warm and soft voice, and he can definitely hit those high notes, but it’s definitely not enough to make this soar.

Before calculating the average score, the highest and lowest scores are dropped. This is to remove outliers and reduce potential bias. We have removed a low of 2.5 and a high of 6.5.

Kristin: I like this. Granted, they’re not reinventing the wheel or anything and we’ve heard this song countless times before in various versions, but there is something about the chorus and Liga herself that grabbed me from the very first moment. It’s not the most original ballad but its a damn decent one!

Lukas: This is a nice ballad with a great singer but that’s about it. The song can be a great soundtrack to some kind of romantic movie but for Eurovision I can‘t really see it working as it is right now. Liga has a great voice and the song can be better if she gives more emotion and power in the performance. I like that it is in Latvian, making it stand out, and in this year’s Supernova I think it can do quite well. But if this goes on to win, I do not know if it can reach the grand final of Eurovision.

Oliver: It is always nice to hear a non-English song at a competition, especially Latvian since it is so seldom heard at Eurovision itself. That being said, Liga’s song doesn’t really hit the mark as being something modern and fresh. She’s stolen an electric guitar from FiK but it doesn’t do the song any favours. One positive is definitely Liga’s voice, which holds some power and force and could be used on a much better song.

Jordi: It’s refreshing to listen to Latvian finally in a selection hugely English-dominated. Starts promising, but soon the hook is lost as the song flows generically with little or no dynamics. While it still has some quiet quality, it needs a clear climax. Otherwise, this song will remain as flat as a pancake.

Jack: “Būšu Tepat”, which is Latvian for “I’ll be right here” is by no means a bad song. It gracefully straddles the line between rocker and ballad and Liga has one of the best voices of the year. Unfortunately, “Būšu Tepat” is a bit dated and fails to take off musically. I’m a big supporter of sending native language entries to Eurovision, but this song misses the mark for me.

Florian: Liga has great vocal delivery and this lifts the song up for me. Also gotta applaud her for singing in her native language! This nicely builds up and ends in what is a decent entry. While this will probably not win the selection, it is a respectable effort. 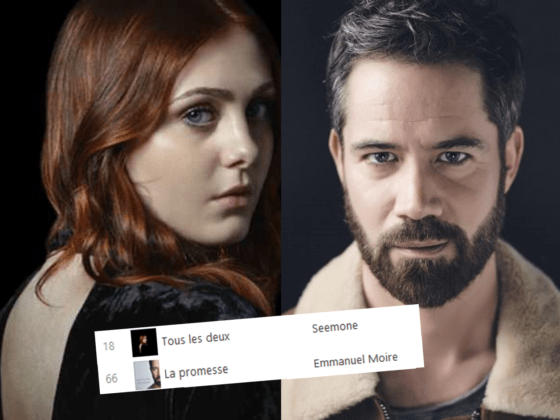 I’m not a fan of neither of these 2 songs. Forgettable.

I’m obsessed with Laime Pilniga ‘Awe’ this year. Somewhere it reminds me of Freddy Mercury, yet more current and less out-there. FIngers crossed they make the performance stronger and add some staging tricks (lights in particular).

How hard would it be to use appropriate characters for these songs? You do so for other languages, why not Latvian?

Awe – You know memes in which characters go ”aaaaaaaaaaaaaa” for a minute? When that’s the highlight of your song, you must be ready to make people’s ears bleed. Even if his voice is good. – 2.5/10 Bušu tepat – While not as good as the masterpiece of Esamiba, but it’s definitely in the right direction. It’s actually a good song. Her voice is good, melody is pleasant and there is some real emotion in it. It needs a different arrangement after the first verse. On a side note, I have to notice how it’s lazy not to release Latvian… Read more »

Actually, Liga’s song is dedicated to her husband, don’t know about the others tho. Agree with your comments, but wouldn’t be so harsh on Laime Pilniga.

Two of the most unexciting Supernova entries. You did well to write so much about them.