It’s one of the most-talked about features of France’s national selection. From awarding nil points to Florina to eliminating Twitter queen Gabriella, the international jury has never been far from controversy. And now, ahead of the grand final, France 2 has revealed the next batch of foreign experts for Destination Eurovision 2019. As always, there are a number of familiar faces, including Eurovision alums Rona Nishliu and Alex Panayi and Spanish popstar Beatriz Luengo.

Rona competed in the 2012 contest, scoring Albania its best ever result with “Suus” — 5th in the grand final. Since then, she’s become a judge on The Voice Albania and released her debut album.

Alex Panayai is one of the most acclaimed singers in the Mediterranean, having sung for Cyprus twice at the contest — in 1995 and in 2000. Since then Eurovision delegations all over Europe have called on him to whip their acts into shape, with Alex serving as a vocal coach, backing vocalist or vocal director for Helena Paparizou, Sakis Rouvas, Litesound and Uzari & Maimuna — just to name a few. In 2016, he worked his magic with Russia’s Sergey Lazarev.

While not a Eurovision star, Beatriz Luengo is perhaps the most eye-catching name on the list. The Spanish popstar boasts record sales in excess of 1.1 million along with MTV EMA and Latin Grammy nominations. Her most recent album Cuerpo y alma reached number four in the Spanish charts.

The remainder of the 10-person panel is made up mostly of Heads of Delegations with Christoph Pellander, Olga Salamakah, Michael Kealy, Nicola Caligiore, Reto Peritz and Ekaterina Orlova representing Germany, Belarus, Ireland, Italy, Switzerland and Russia respectively. The jury is completed by Israeli songwriter Doron Medalie (“Golden Boy”, “Made of Stars”, and “Toy”).

The jury will provide 50% of the overall score with the remainder coming from the public televote. Meanwhile, the Francophone panel of Christophe Willem, André Manoukian and Vitaa will provide critique but will have no sway on the result — even if they really want to. Following the elimination of Gabriella last weekend, Willem told us that “This is the thing that was quite weird for me…she has something quite special…the vibe of the girl is really cool”.

Of the 18 acts who began the process, only eight remain. In addition to performing their songs for Tel Aviv, each will also perform a “legendary” Eurovision track. These range from golden oldies like Celine Dion’s “Ne Partez Pas Sans Moi” and ABBA’s “Waterloo” to modern classics like Loreen’s “Euphoria” and Eleni Foureira’s “Fuego”. The full list of songs has been published by Eurovision France, although we don’t know who will sing what.

The Destination Eurovision grand final will be broadcast at 21.00 CET on Saturday 26 January.

What do you think of the panel? Are you excited for the grand final? Let us know in the comments. 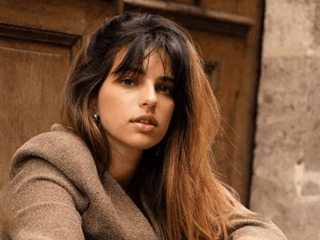 I would have rather seen Chimène sing “Euphoria” and Emmanuel “J’ai cherché” … But Emmanuel has the vocal power to sing “Euphoria”, He comes from the universe of musicals (“Le Roi Soleil”, “Chicago” ). And maybe he’ll do the choreography again, It’s in his abilities. (Emmanuel also won the French version of “Strictly come dancing”). And Chimène will make sparks on “Ne partez pas sans moi”, even if I would have preferred for her a song that has more recently marked Eurovision. Too bad that Bilal can not sing “Rise like a phoenix”, which he masters to perfection. I would… Read more »

Just a little clarification about Sylvàn. In France “Le petit Nicolas” is the name of a famous series of books. The copyright holders of the authors did not appreciate that Sylvàn uses this name for his song. So, Saturday night, the song will be titled “Allez leur dire”. Other info: it seems that for the songs in competition, the stagings will be different compared to the first passage, but this has been confirmed only for Bilal (who wants to “shine more”) and Chimène (who found herself even an idea to have more interaction with the public). (source: the French newspaper… Read more »

Ratings for Destination Eurovision was down for semi2 as compared to semi1 by about 1/3. And probably it will go further down for the final, as was the case last year. In the end only artists with big fanbases that will probably benefit the most from the televote.

Aysat will sing “Le dernier qui a parlé” for sure

It was revealed that she’ll sing “Fairytale”.

Ah ah, mystery … The song I’m pretty sure is that the Divaz will sing “Waterloo”. It is still a song that is better to sing with several voices. And that fits well with their universe “glitter”.

Omg! Who can cover Fuego? Maybe Doutson or Aysat can do an afrobeat version? I would really like Seemone to sing a slow version of euphoria!

Am I the only one who sees a possible surprise winner like silvan or emmanuel moire?

Besides that, Padraig, why must the picture of Rona Nishliu looked like she got attacked by Thanos?

With HoD’s all the way, I’m worried they will split out 5 with 5 on giving 12p to either ‘Roi’ or ‘Tous les deux’. I won’t talk much about Jury points since we got a totally different panel now, but seems that Belarus, Russia, Spain and Israel will go for Bilal and the rest would go for Seemone. For the televote, however, we can see either Bilal or Emmanuel topping that, or they would get the same share, additionally with Seemone following by. I have done the mathematics on the probablity of Final televote based on the semifinal televote and… Read more »

I don’t really think Russian and Belarusian juries will give many points to Bilal though. Perhaps a few points for the sake of looking tolerant.

Off topic: Looks like nothing can stop Mihai and JOWST.
JOWST is considering sending songs to Azerbaijan’s song submissions.

These guys are just getting ridiculous..

I’m sure there’s enough Azeri songwriters who want to have their songs in Eurovision. I don’t know why the Azeris feel they have to outsource a lot to Swedes.

The Netherlands’ song just got leaked and it’s SO DAMN GOOD! :O

Oh yeeeeeees, I love it! What a beautiful song. It seems to be only a demo so the song is probably gonna get even better. Now I’m very excited…. Beautiful song. I can already see the usual mob of people saying it’s boring tho.

Well, The Netherlands just climbed up to 3rd place to win Eurovision 2019 with betting odds. They are just behind Russia and Sweden.

They have already gone down to 6th again

You guys should stop with all the odds nonsense at such an early stage, it literally means nothing wether the Netherlands are 3rd, 6th or 28th.

Very very good. I knew it wouldn’t be a dance song.

If it’s legit – Netherlands, welcome back to top 10!

His management confirmed this is not the Eurovision song apparently

Is Bilal’s mum famous? I know her name is Amina, but it’s not Amina Annabi, right?

No, she has nothing to do with the thing. Amina sang “Le dernier qui a parlé” in 1991. We (french) finished first with Carola (from Sweden), the producers decided that since she received more “12pts” than us, she had to win, snif.

I remember that very well. That’s when I lost my Eurovision virginity.

I would say that Chimène sings ne partez pas sans moi, cause her voice has this extra Celine’s has, too. And Bilal sings Fuego, just so he can get the fangirls behind him. Seemone sings l’oiseau et l’enfant and I guess Aysat tries Euphoria, but on the rest we have the same guess!

Thank you! 😀 I also thought about that argument, Bilal would sing Fuego as a very popular song chosen for him. But then I think Euphoria is #1 at the annual countdown, so if they want to give Bilal the “strongest/most popular/best” song, maybe Euphoria would fit his voice better overall, as its nearer to Roi than Fuego is to Roi…

Thank you! I also thought about Fuego for Bilal (they might give him the most popular one) and then I thought, maybe Euphoria is closer to Roi in terms of song composition than Fuego is to Roi, if you understand XD But both could be possible, indeed! 🙂

So Bilal will win the televoting that’s for sure and Seemone will most likely win the jury voting. We just need fewer jury points for Bilal so that Seemone can win.

Exactly what I’m hoping. Hopefully Seemone will come second in the televotes and Bilal third or fourth with the juries. If Seemone does a clean sweep and gets all the 12 points again and Bilal does not get all the 10 or 8 points, she has a chance. Fingers crossed!

The jury has to be very careful though. Because Seemone will probably come either 3rd or even 4th with the televoting because Bilal, Emmanuel, and Chimene have huge fan bases in France. So those need to get very few points from the jury but I don’t think they’ll do it. The winner will be Bilal unfortunately. But anyway let’s hope for the best.

I agree. Roi is not the best song IMHO (quite poor lyrics, too artificial, too generic) but the one with the best combo: very good jury position and very good fan base/televote. The only question: how many televotes E.Moire is able to get. More than Bilal: Not so bad for Seemone, increasing her (quite low) chance to win. Because we could have also Seemone the first in jury votes (the only condition for her to win, with quite safe diff with the second, but not sure according to jury member list) and E.Moire the first of televotes. And at the… Read more »

The Divaz closing right after Bilal might help them get the casual vote, that isn’t a fan of any arist.

There’s a good possibility that Bilal could come up short with the televote. Casual viewers may or may not make up the majority of televoters so there’s a good chance he may not be able to attract votes outside of his fanbase’ demographic. Those voters will likely feel more inclined with familiar faces such as Emmanuel or ones they feel they could understand more like Seemone.

I can be wrong but I’m not betting on a clear winner for me.

That’s the why the odds are so close between Bilal and Seemone. The latter must be far enough ahead in jury votes to stave off Bilal or even Emmanuel.